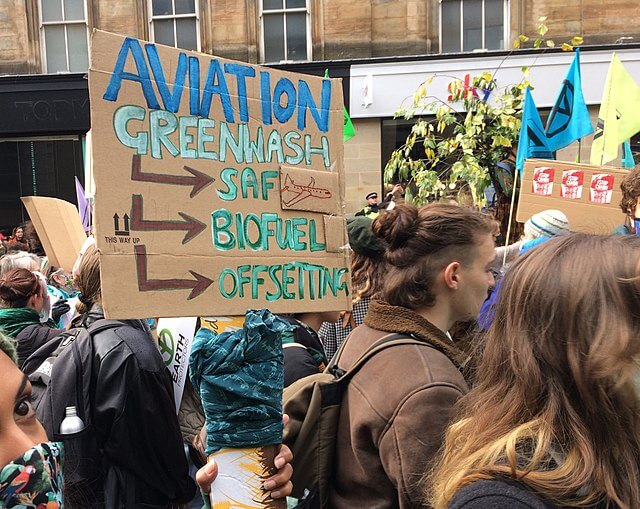 Decoding Greenwashing
During the last Conference of Parties on climate change, which was COP26, a lot of activists, including Greta Thunberg had complained about corporates and multinational companies ‘greenwashing’ during many talks and discussions. We heard the term, we agreed with the passion of the activists, but do we really know what they were talking about? As […]

During the last Conference of Parties on climate change, which was COP26, a lot of activists, including Greta Thunberg had complained about corporates and multinational companies 'greenwashing' during many talks and discussions.

We heard the term, we agreed with the passion of the activists, but do we really know what they were talking about?

As people around the world become more aware of the importance of their daily choices and purchases, many businesses, too, are becoming more sustainable in how they operate to gain favour with consumers.

But when companies invest more time and money on marketing their products or brand as “green” rather than actually doing the hard work to ensure that it is sustainable — this is called greenwashing.

It’s a deceitful advertising method to gain favour with consumers who choose to support businesses that care about bettering the planet. Greenwashing takes up valuable space in the fight against environmental issues, like climate change, plastic ocean pollution, air pollution and global species extinctions.

The term “greenwashing” was coined by environmentalist Jay Westerveld in 1986 in an essay criticising the irony of the “save the towel” movement in hotels at the time. He noticed the vast amount of waste he had come across throughout the rest of the hotel, where there were no visible signs of efforts being made to become more sustainable. He said that instead, the hotel was simply trying to reduce costs by not having to wash towels as much but while trying to market it as being eco-friendly.

One of the most pervasive examples of greenwashing is in the world of single-use plastic.

Did you know that half of the world's disposable plastic has been produced in the last 15 years. And 91% of plastic produced globally is not recycled.

You have probably already heard of the global plastic-in-the-ocean-disaster we are seeing, with stats that say there will be more plastic than fish in the ocean by 2050 and the horrific images of once pristine beaches being overwhelmed by plastic debris. It’s no wonder the world is up in arms about this tragic by-product of our disposable lifestyles.

The consumer has the power to put a stop at greenwashing.  A little more awareness and keen oversight from the consumers will force companies to stop marketing 'green' and actually doing the right thing.

Watch out for “fluffy language,” ie. words or terms with no clear meaning (eg “eco-friendly,” “produced sustainably,” etc). Declarations from a company that it is slightly greener than the rest, even if the rest are pretty terrible (eg. BP placing solar panels on its gas stations and saying that it is “working to be more sustainable”).

Avoid “greening” dangerous products to make it seem safe (eg, “eco-friendly” cigarettes). Asking companies to provide proof for their sustainability claim.Calling out companies that emphasise one tiny green attribute when everything else is dirty (eg again, BP and their solar panels).

It’s important to be able to quickly identify instances of greenwashing, and replace them with truly sustainable practices both as a consumer and as an employee.

Tools such as life cycle assessment allow organisations to understand what is going on when they make changes and to ensure that if they make claims about the eco credentials that they are validated, not just assumed.