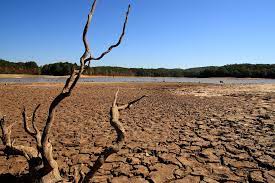 First flash floods, now flash droughts
You must have heard a lot about flash floods. Now be prepared for flash droughts. Flash droughts can cause extensive damage to agriculture, economies, and ecosystems if they are not predicted and discovered early. A recent study conducted by the University of Texas, the Hong Kong Polytechnic University, and the Texas Tech University has found […]

You must have heard a lot about flash floods. Now be prepared for flash droughts. Flash droughts can cause extensive damage to agriculture, economies, and ecosystems if they are not predicted and discovered early.

A recent study conducted by the University of Texas, the Hong Kong Polytechnic University, and the Texas Tech University has found that although the number of flash droughts has remained stable during the past two decades, more of them are coming on faster.

The research, published in Nature Communications, highlights how rising global temperatures may be behind the faster onset of flash droughts. "Every year, we are seeing record-breaking warming episodes, and that is a good precursor to these flash droughts. The hope and purpose [of this research] are to minimise the detrimental effects," said one of the researchers, Prof Zong-Liang Yang of University of Texas.

Globally flash droughts, which send areas into drought conditions within just five days, have increased by about three per cent to 19 per cent. Places that are prone to flash droughts — such as South Asia, Southeast Asia and central North America — saw an increase of about 22 percent to 59 percent.

What was the study?

For this study, scientists analysed global hydroclimate data sets that use satellite soil moisture measurements to capture a global picture of flash drought and how it has changed during the past 21 years.

The data showed that about 34 to 46 percent of flash droughts came on in about five days. The rest emerge within a month, with more than 70 per cent developing in half a month or less.

Further, they noticed that flash droughts were happening more quickly.

How will it impact India?

A research paper published in January had predicted that by the end of the 21st century, the frequency of concurrent hot and dry extremes in India will rise by about five-fold.

This can cause approximately a seven-fold increase in flash droughts, added the study.

According to a report in the Indian Express, one of the authors of the paper, Vimal Mishra and his team has been working on improving the predictability of these events. It was reported that India could experience more flash droughts during the monsoon season than the non-monsoon season.

"We have an almost accurate weather forecast for 30 days and expect to create a flash drought forecast for a week or two. We are working to develop an early warning system," Mishra told Indian Express. This has tremendous implications for agriculture and water management. According to the researchers, when there is a standing crop and no rains, farmers have no other way but to pump groundwater to sustain the crop.

It was also advised that India urgently needed an adaptation framework in place to manage the available water resources and also explore the use of drought-tolerant varieties.