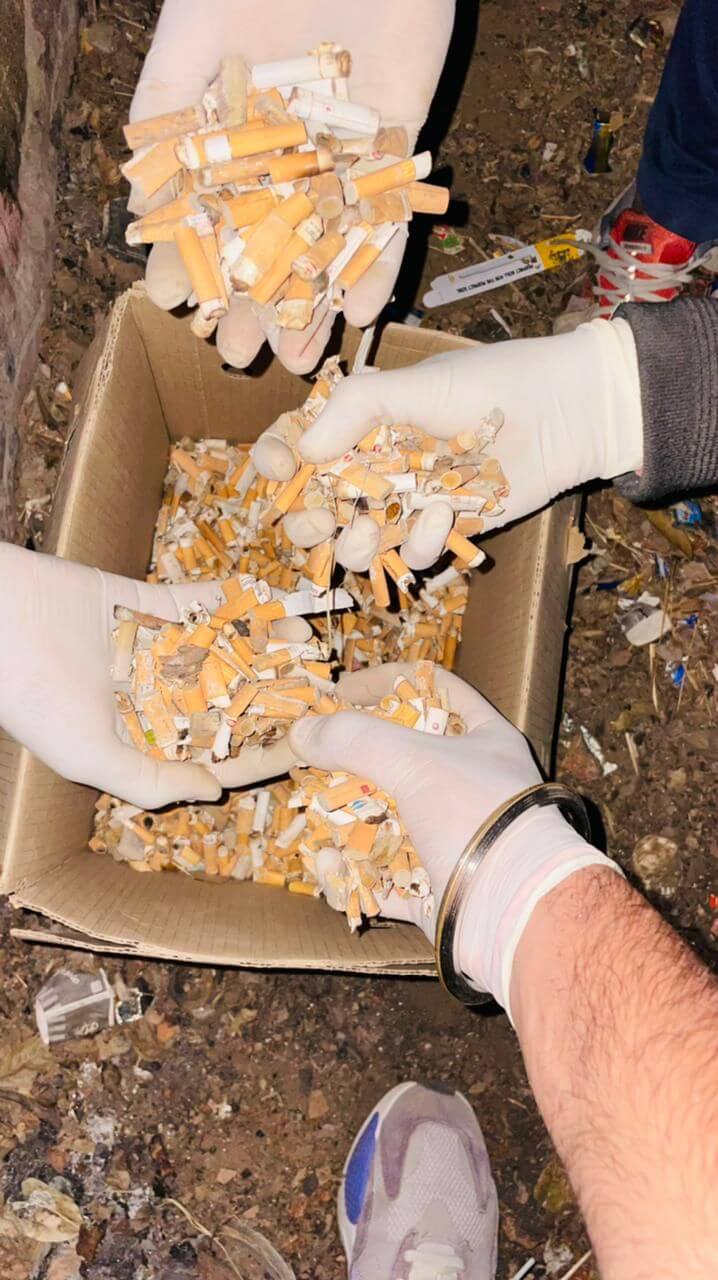 ButtRush: Turning cigarette butts into productive products
3
One of the most littered items in India is cigarette butts which are dumped in large numbers, each with more than 7,000 chemicals, according to the World Health Organisation (WHO). These could be commonly found in parks, streets, roads and other similar places. It is projected that 4.5 million tonnes of cigarette wastes contaminate the […]

One of the most littered items in India is cigarette butts which are dumped in large numbers, each with more than 7,000 chemicals, according to the World Health Organisation (WHO). These could be commonly found in parks, streets, roads and other similar places. It is projected that 4.5 million tonnes of cigarette wastes contaminate the environment, globally.

Cigarette litter is in the structure of burnt remains of a smoked cigarette. The butt consists of a cellulose acetate filter which is a non-biodegradable, plastic in nature. Considering they pose a vital environmental concern, ButtRush came into force, an initiative to collect, send cigarette filters for recycling, and try to solve nearly 26,454 tonnes of waste produced in India.

Founded in 2021 by Nirit Datta, it aims at making people aware about the toxic materials involved, including sending butts for recycling after picking them. Datta started ButtRush as a trial in April and with the team of two, collected 23,000 cigarette butts from a single area at Kolkata's Salt lake. He, as an individual, picked 10,400 cigarette butts in 24 hours, making the worldwide record. Those were then sent to 'Waste Wheel', the recycling partner to create productive products. 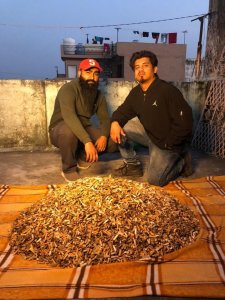 A collection of 51,000 cigarette butts from Dehradoon.[/caption]

"Our last ButtRush drive happened in Jaipur on February 26 with children aged 16-17 years. They collected 38,000 butts," says Datta. He adds, "After conducting drives in Maharashtra, Haryana, we're planning next in Goa. We will cover every state and union territory as we continue to tackle the source of pollution."

According to the areas covered by them, 36% butts have been found around corporate houses, 15% around college areas, 18% around tourist destinations, 12% around hospital areas, 5% around mall areas, and 3% around government offices. ButtRush claimed to have surveyed 600 people, 50% of smokers prefer dumping butts randomly on streets, 28% in normal dustbins and 22% say they dump in water drains.

Datta believes the solution for resolving cigarette butt pollution in India is in three steps: Awareness, Transparent Cigarette bins, Recycling. He states, "1,17,000 cigarette butts are getting disposed into the environment every second across India. Tobacco companies should take liability for butts being dumped."

He shared ButtRush's vision where he plans to "propose a sustainable and economic model to all tobacco companies, corporates, state governments and central government after 2-3 years' ' till the completion of drives.

Truth Initiative, U.S.-based NGO, "dedicated to achieving a culture where all youth and young adults reject tobacco", states that the chemicals that drain from a single cigarette butts could release adequate toxins to extinguish 50% of saltwater and freshwater fish prone to it for 96 hours. They remain in the environment for years, which act as lethal for the natural system.

The collection of cigarette butts and making its way to the recycling unit is labor-intensive work requiring people from their communities to take up the task for a better and clean environment.