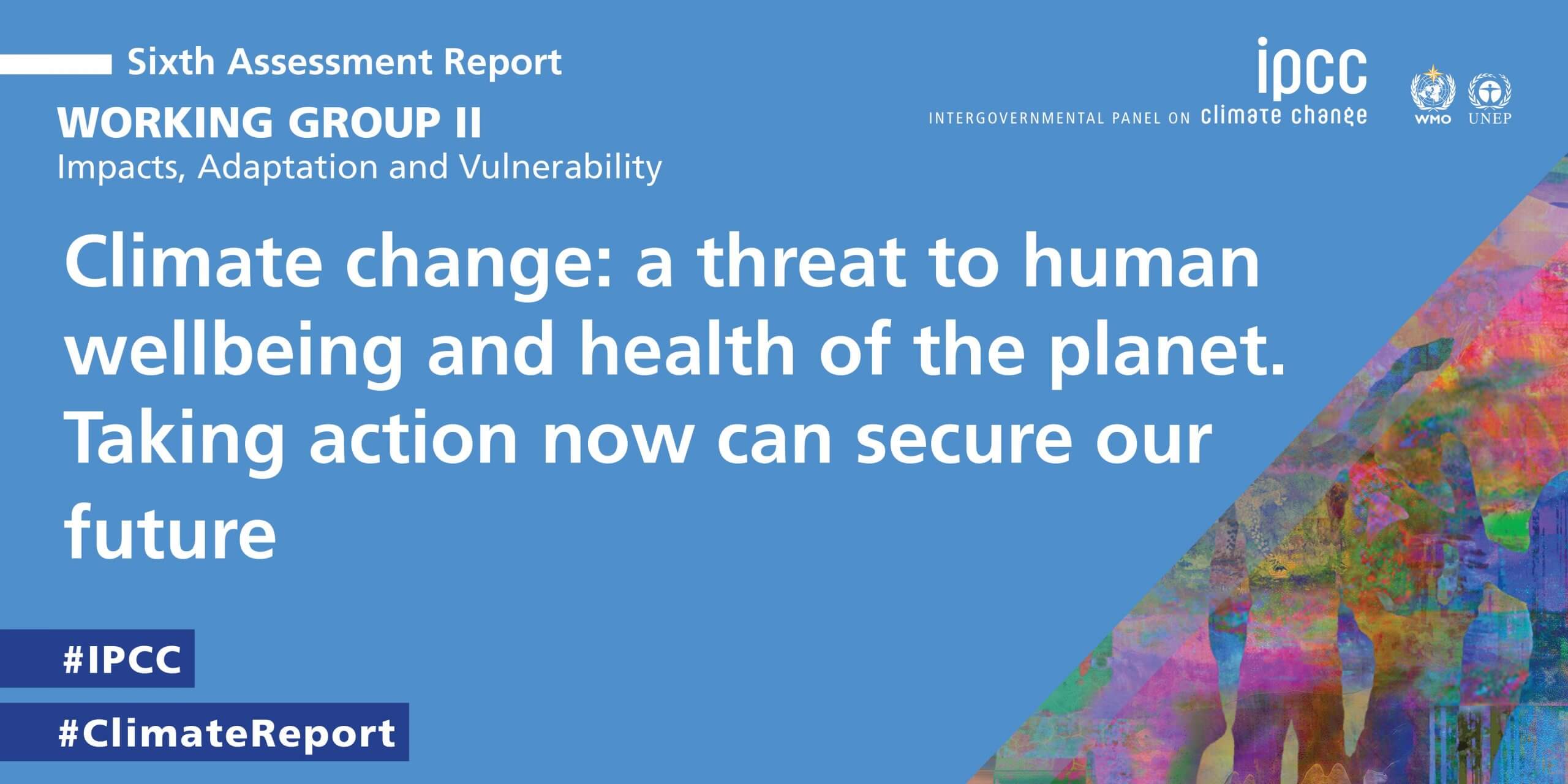 “Climate change is a grave and mounting threat,” state findings from the IPCC report this year
“Coal and other fossil fuels are choking humanity” said Antonio Guterres, Secretary General of the United Nations at the launch of the press conference to launch #IPCC’s latest #ClimateReport , #ClimateChange 2022: Impacts, Adaptation & Vulnerability. Human-induced climate change is causing dangerous and widespread disruption in nature and affecting the lives of billions of people […]

“Coal and other fossil fuels are choking humanity" said Antonio Guterres, Secretary General of the United Nations at the launch of the press conference to launch #IPCC’s latest #ClimateReport , #ClimateChange 2022: Impacts, Adaptation & Vulnerability.

Human-induced climate change is causing dangerous and widespread disruption in nature and affecting the lives of billions of people around the world, despite efforts to reduce the risk, said a press release by the Intergovernmental Panel on Climate Change (IPCC). The IPCC latest report 2022: Impacts , Adaptation and Vulnerability is released today. People and ecosystems that are least able to cope have been hit the hardest, scientists have observed in the report.

“This report is a dire warning about the consequences of inaction,” said Hoesung Lee, Chair of the IPCC. “It shows that climate change is a grave and mounting threat to our wellbeing and a healthy planet. Our actions today will shape how people adapt and nature responds to increasing climate risks,” he added.

As per the press release, here are some key highlights:

Increased heatwaves, droughts and floods are already exceeding plants’ and animals’ tolerance thresholds, driving mass mortalities in species such as trees and corals. These weather extremes are occurring simultaneously, causing cascading impacts that are increasingly difficult to manage.

To avoid mounting loss of life, biodiversity and infrastructure, ambitious, accelerated action is required to adapt to climate change, at the same time as making rapid, deep cuts in greenhouse gas emissions, said the release.

Scientists point out that climate change interacts with global trends such as unsustainable use of natural resources, growing urbanization, social inequalities, losses and damages from extreme events and a pandemic, jeopardizing future development.

“Our assessment clearly shows that tackling all these different challenges involves everyone – governments, the private sector, civil society – working together to prioritize risk reduction, as well as equity and justice, in decision-making and investment,” said IPCC Working Group II Co-Chair Debra Roberts.

This report provides a detailed assessment of climate change impacts, risks and adaptation in cities, where more than half the world’s population lives. People’s health, lives and livelihoods, as well as property and critical infrastructure, including energy and transportation systems, are being increasingly adversely affected by hazards from heatwaves, storms, drought and flooding as well as slow-onset changes, including sea level rise.

“The scientific evidence is unequivocal: climate change is a threat to human wellbeing and the health of the planet. Any further delay in concerted global action will miss a brief and rapidly closing window to secure a liveable future,” said Hans-Otto Pörtner.

The Intergovernmental Panel on Climate Change (IPCC) is the UN body for assessing the science related to climate change. It was established by the United Nations Environment Programme (UNEP) and the World Meteorological Organization (WMO) in 1988 to provide political leaders with periodic scientific assessments concerning climate change, its implications and risks, as well as to put forward adaptation and mitigation strategies. In the same year the UN General Assembly endorsed the action by the WMO and UNEP in jointly establishing the IPCC. It has 195 member states.

"Climate change isn't lurking around the corner ready to pounce. It's already upon us, raining down blows on millions of people" - said UNEP Executive Director, Andersen Inger summarising the need to assess and adapt to the climate crisis.