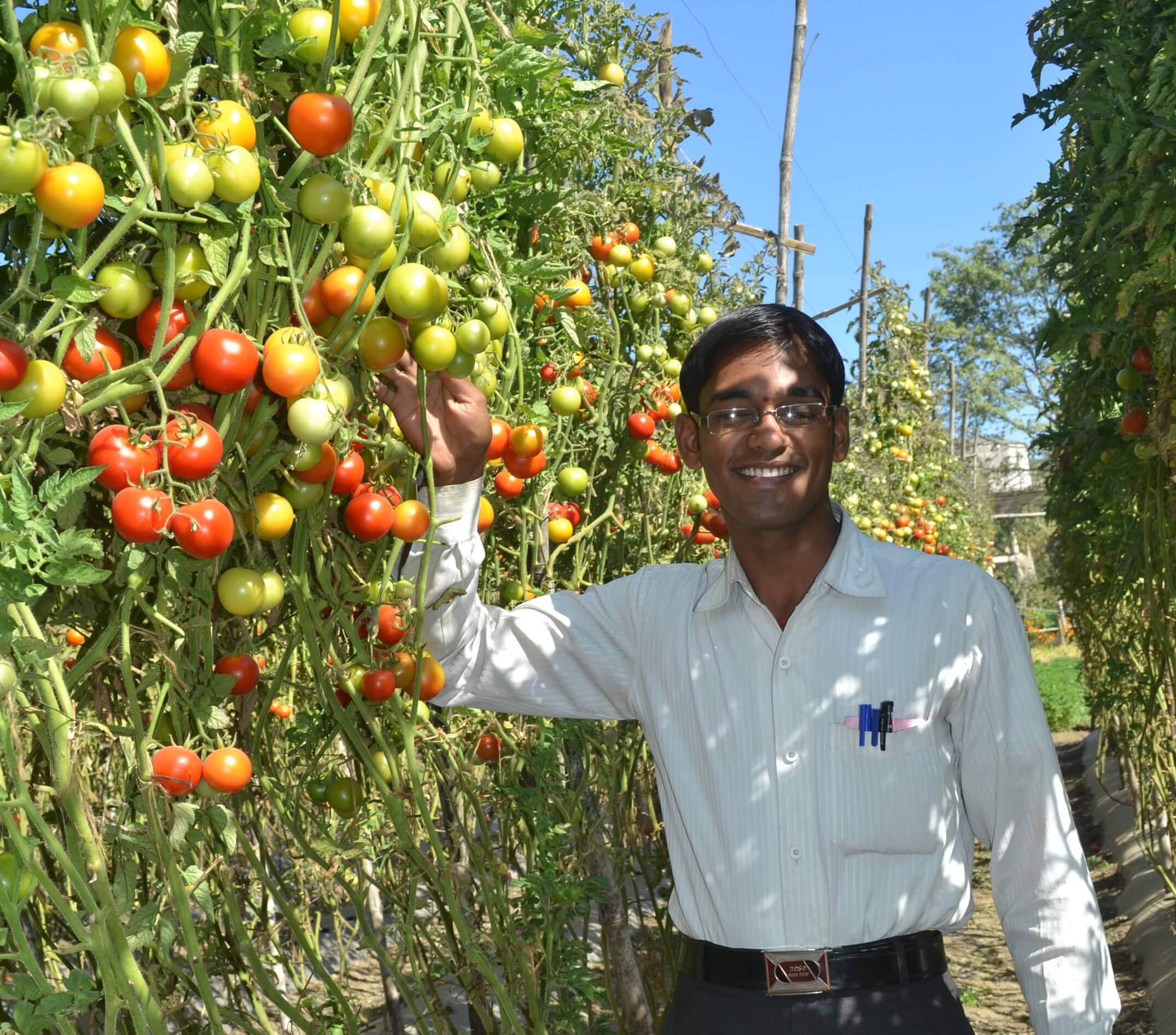 A farmer’s success in mapping climate change resistant farming
1
“More people can live on a small piece of land, by building multi-storey buildings in cities; in the same way, we grew crops on top of each other to start multi storey farming,” said the 32-year-old millionaire farmer standing in the middle of his farm.  Akash Chourasiya is an organic farmer from Tili village in […]

“More people can live on a small piece of land, by building multi-storey buildings in cities; in the same way, we grew crops on top of each other to start multi storey farming,” said the 32-year-old millionaire farmer standing in the middle of his farm.

Akash Chourasiya is an organic farmer from Tili village in Sagar district of Madhya Pradesh. As a school student, Chourasiya was motivated to become a physician after witnessing hospitals filled with patients.

“I felt like people needed my help and then I was determined to become a physician. However, I soon realised that the root cause of all the diseases is food. The food we eat these days is very unhealthy,” said Chourasiya.

Choursaiya soon took the path less travelled and decided to become an organic farmer. Taking inspiration from his family’s traditional farming techniques of growing betel leaf, he started with experiments to grow one crop on top of the other.

“I succeeded after experimenting for a long time. Just like a large chunk of farmers in India who own small pieces of land, my family too had a very small patch of land,” said Chourasiya.

As per him, multi-layer farming technique can be used by small farmers to earn huge profits. The farmer does not need to buy new materials to build the setup, rather the raw materials are easily available in the farms as waste. He regards the technique as a boon for small and marginal farmers.

“First we make the basic structure and for that structure we put a five by six bamboo pole and knit this net and on this net we put grass, which we get enough as weed in the farms. We make this to create a controlled environment of half sunlight and half shade,” said Chourasiya.

“You need to make a machan (or shed) using bamboo sticks and the weed grasses which are easily available on farms. That is the basic setup. You can grow tuber vegetables at the lowest level within the ground, on top of it you can grow leafy vegetables such as spinach. This can be followed up by growing vines such as bitter gourd on bamboo sticks and trees such as papaya planted as the highest level in the setup,” he added.

The technique tackles climate change, the farmer says,  and leaves the crop with little to no effect due to extreme heat or rain.

“If we combine everything small and big, there are a lot of benefits, but the biggest benefit is climate change. The changes in the weather when they happen, those changes don't affect any of our crops, they don't get spoiled. During these monsoons, it did not rain for one month, despite that our crops survived and after that it rained continuously and still our crops survived,” said Chourasiya.