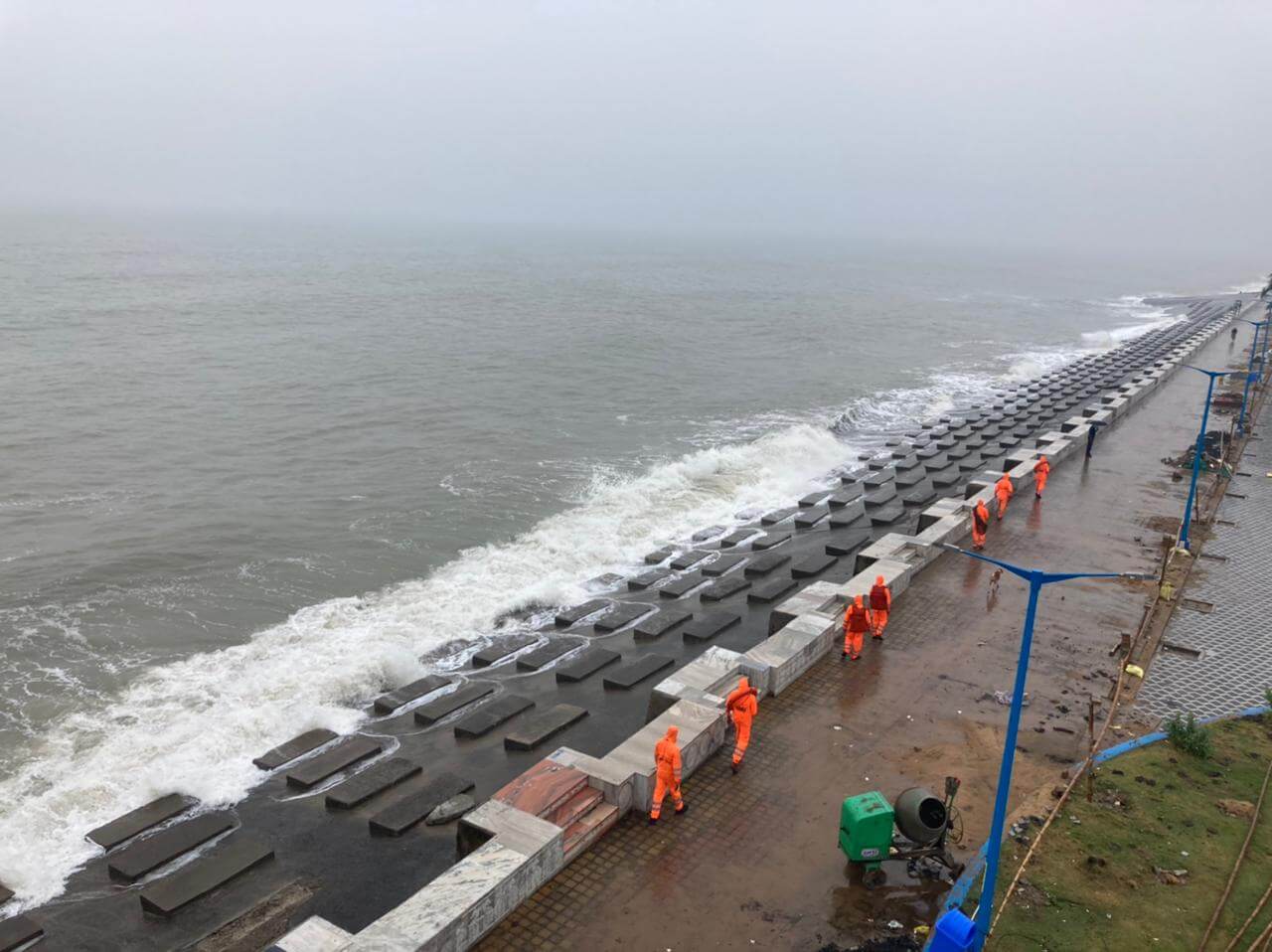 Cyclone Jawad continues to weaken as Indian Meteorological Department warns ahead of heavy rain in West Bengal
Cyclone Jawad, which had hit India’s eastern states of Odisha and West Bengal and other parts of the eastern coast, will weaken further into a low-pressure area today.  India’s weather department said that the cyclonic storm is likely to continue to move north-northeast, along Odisha coast towards West Bengal coast and weaken into a well […]

Cyclone Jawad, which had hit India's eastern states of Odisha and West Bengal and other parts of the eastern coast, will weaken further into a low-pressure area today.

India's weather department said that the cyclonic storm is likely to continue to move north-northeast, along Odisha coast towards West Bengal coast and weaken into a well marked low-pressure area during the next few hours.

According to a report by the Times of India, the India Meteorological Department (IMD) has predicted heavy rain in some isolated parts of south Bengal, including coastal areas of South 24 Parganas and Purba Medinipur districts, and parts of Purba Bardhaman.

On Saturday evening, the IMD had announced that the cyclonic storm Jawad had weakened into a deep depression at 5.30pm and is located at about 180 km east-southeast of Visakhapatnam (Andhra Pradesh), as per a report by The Mint.

About 17,000 people have been evacuated from low lying areas of West Bengal particularly from Kakdwip and Namkhana and islands like Mousuni and Ghoramara, said a report from The Hindu.

The regional meteorological centre at Kolkata has predicted enhanced rainfall till Monday.

The IMD has strictly advised fishers not to venture into the coasts as the sea conditions are noted to be rough to very rough during the next 24 hours—around the coasts of north Andhra Pradesh, Odisha and West Bengal.

Following this day, the alert has been downgraded to a ‘yellow watch’ over the region, thus advising residents to only ‘be updated’ on the weather situation. Therefore, the coverage of heavy rain is expected only in a few districts, including North Parganas, South 24 Parganas, Nadia and Murshidabad, on Monday.

After this, the remnants of the cyclonic storm will impact Northeast India on its path, taking into the grip south Assam, Meghalaya, Mizoram and Tripura. However, the intensity is noted to be less as light to moderate rainfall has been forecast at many places. Heavy rainfall is expected only at some isolated places of the states mentioned above.

Unseasonal rain induced by Cyclone Jawad for the last three days has shattered the hopes of farmers expecting a bumper crop to recover from the loss they had suffered in November. Hundreds of acres of standing crops like paddy, chilli and vegetables have been submerged in Ganjam district due to heavy rain under the influence of Jawad, while farmers in several areas are struggling to drain out water from the field.