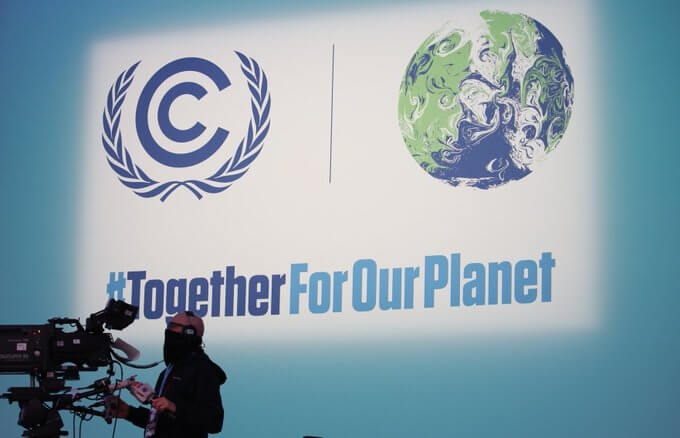 Leading philanthropies wish to support the signatories of the UN Framework Convention on Climate Change as they take responsibility for climate change impacts by providing quick-start finance for a prospective new Facility (currently being negotiated at COP26) to support vulnerable countries most hit by the losses and damages resulting from climate change, said a press […]

Leading philanthropies wish to support the signatories of the UN Framework Convention on Climate Change as they take responsibility for climate change impacts by providing quick-start finance for a prospective new Facility (currently being negotiated at COP26) to support vulnerable countries most hit by the losses and damages resulting from climate change, said a press release by The Children’s Investment Fund Foundation.

The philanthropies are contributing an initial 3 million US dollars in start-up assistance to support the objectives of the Glasgow Loss and Damage Facility. The Facility, currently being discussed by negotiators in Glasgow at COP26, is intended to provide technical and financial assistance to alleviate climate impacts and prioritise the most vulnerable communities, particularly small island developing states and least developed countries. The philanthropies followed the pledge from the Scottish Government which announced £2 million in funding for loss and damage.

Among the philanthropies supporting the facility are the Children’s Investment Fund Foundation, the European Climate Foundation, the Hewlett Foundation, the Open Society Foundations, and the Global Green Grants Fund. They invited all parties and non-parties to the UNFCCC, including companies, financial institutions, philanthropy, cities, regions, sub-national governments to support the prospective Glasgow Loss and Damage Facility to help ensure that the needs of the world’s most vulnerable people can be met.

“The creation of a Glasgow Loss & Damage Facility at COP26 could signal a new era for global climate solidarity, but it must go beyond technical assistance and start to mobilise the billions of dollars needed annually by communities suffering from the worst impacts of climate change. We need to support those on the front line who are dealing with the tragic and irreversible impacts of climate change on a daily basis. We are in a climate emergency,” said the philanthropies as per the press release.

Estimates for residual damages from climate impacts are around $1.2tn. Developing countries, in particular, Small Island Developing States, Least Developed Countries, the Climate Vulnerable Forum and its Group of Finance ministers (V20) have consistently demonstrated the need to look beyond studies and turn to action on climate change.

Kate Hampton, CEO of the Children’s Investment Fund Foundation said “The inequity of climate change must be confronted in the final hours of COP26 and must not be forgotten when the meeting closes. We stand behind all those speaking up for the world’s most climate vulnerable and advocating for the inclusion of a Glasgow Loss & Damage Facility. This initial funding is merely a start: we will work to secure meaningful contributions from countries and other public and private stakeholders.”

Mark Malloch-Brown, President of the Open Society Foundation said “We are proud to support the call for a Glasgow Loss & Damage Facility with a contribution of $1 million. If we are to curb the rise in global temperatures, the countries that are most responsible for carbon emissions should stand in solidarity with those most adversely affected by climate change—mainly vulnerable communities in the Global South. This is a first step, but an important one to alleviate the damage caused by climate change.”