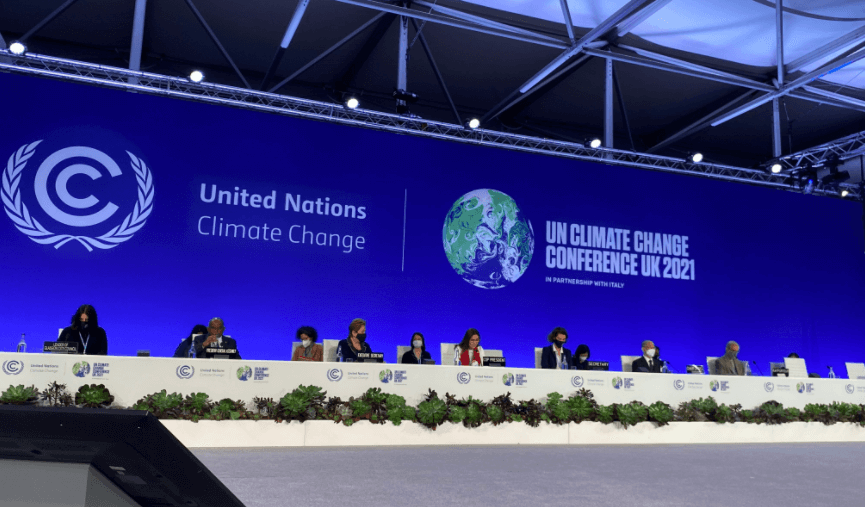 What happened at COP 26?
The Conference of parties this year saw major demonstrations from not only climate activists but also scientists. Many young protestors gathered outside the COP26 venue to show their resentment against climate change. More than 100 delegations from various countries joined the process of making a change to limit the global average temperatures to 1.5 degrees. […]

The Conference of parties this year saw major demonstrations from not only climate activists but also scientists. Many young protestors gathered outside the COP26 venue to show their resentment against climate change.

More than 100 delegations from various countries joined the process of making a change to limit the global average temperatures to 1.5 degrees. As the delegates joined the legally binding conference, several young activists demanded better air and climate for themselves.

Many indigenous people from several parts of the world joined the conference as well as protests to demonstrate the effect of climate change on their communities.

Several parents also joined the protests in order to demand better air for their children.

Several countries pledged to join hands in limiting the earth’s temperature and major decisions were taken by India which were applauded on the world stage.

Major announcements by India and what do they mean

India was a key stakeholder in the COP26 summit in Glasgow.  As a developing country, India has been clearly stating that developed nations need to do more to achieve the targets of the Paris agreement.

However, while addressing the leadership summit on November 2, 2021,  India's Prime Minister, Narendra Modi, announced five clear targets for the nation of over 1.3 billion people to achieve in the coming years.

Of the five-point targets announced by Modi on November 2, achieving net-zero emission status by 2070 was the paramount. 2070 is a long way away — and there is plenty of time to plan a roadmap to achieve that target.

The other four targets have to be achieved in a much more immediate time frame, by 2030.

This is part of India's official climate action plan, called the Nationally Determined Contributions or NDCs, which has been submitted as part of the requirement under the Paris Agreement.

These targets have been enhanced by Modi. The emissions intensity reduction target has been raised to 45 per cent.

Again mentioned in the NDC's, India had said it would ensure that at least 40 percent of its installed capacity of electricity generation in the year 2030 would come through non fossil-fuel based energy sources.

As announced by Prime Minister Modi in COP26. the share of renewables in installed electricity capacity has been increased to 50 per cent.

The PM said India would ensure that it reduces one billion tonnes of emissions from its projected emissions between now and 2030.

Put another way, India would bend its business-as-usual emissions trajectory to ensure that at least 1 billion tonnes of emissions are saved. This is the first time that India has talked about making a reduction in its absolute emissions.

In Glasgow, Modi said India would have 500 GW of non-fossil fuel-based energy capacity by the year 2030. Non-fossil fuels include not just renewables like solar or wind, but also nuclear and hydro, which together make up over 50 GW right now.

Several other important discussions took place at the world stage including events on gender, science and innovation, ‘fashion for climate action’ which focuses on eco-friendly fashion, gender etc.