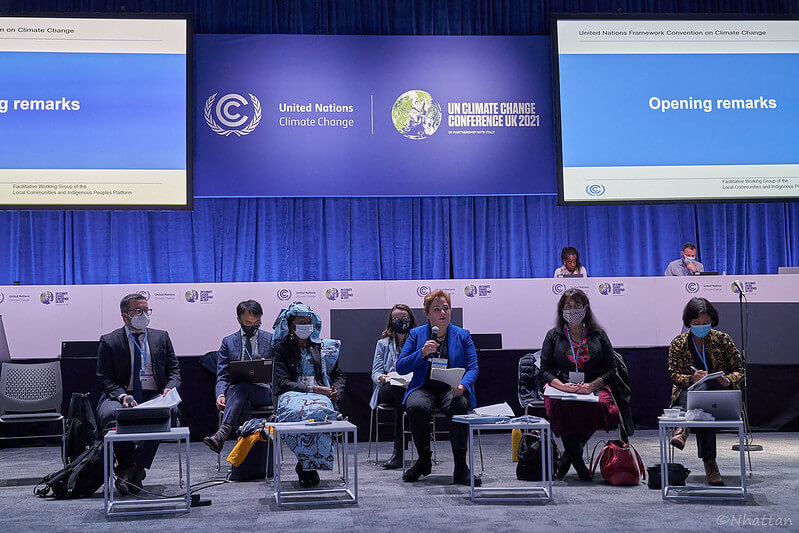 Adaptation Fund Raises Record US$ 232.6 Million in New Pledges at COP26 to work towards most vulnerable
The Adaptation Fund received a record-shattering US$ 232.6 million in new support from contributing national and regional governments during its annual Contributor Dialogue on Monday at the UN COP26 climate change conference in Glasgow. According to a media statement released by the UNFCCC, a record 13 donors announced new pledges for the Fund.  The Fund’s […]

The Adaptation Fund received a record-shattering US$ 232.6 million in new support from contributing national and regional governments during its annual Contributor Dialogue on Monday at the UN COP26 climate change conference in Glasgow.

According to a media statement released by the UNFCCC, a record 13 donors announced new pledges for the Fund.  The Fund’s previous annual resource mobilization record was US$129 million, which it reached three years ago at COP24 in Katowice, Poland.

Announcing the US's first ever-contribution for the Adaptation Fund at US$ 50 million, Special Presidential Envoy for Climate of the U.S, Mr. John Kerry said - “We see the Adaptation Fund as a key partner. It’s led the way in supporting developing countries as they adapt to climate change, from pioneering a Direct Access approach in building institutional capacity, investing in small-scale locally led adaptation initiatives, to the new innovation facility that will scale up and accelerate new adaptation practices and technologies, and the Adaptation Fund will bring us closer for sure to a climate-resilient future."

What is the Adaptation Fund?

Since 2010, the Adaptation Fund has committed nearly US$ 878 million for climate change adaptation and resilience projects and programmes, including 127 concrete, localized projects in the most vulnerable communities of developing countries around the world with 31.5 million total beneficiaries. It also pioneered Direct Access and Enhanced Direct Access, empowering countries to access funding and develop local projects directly through accredited national implementing entities.

New pledges include first-time contributions from the United States, Canada (at the national level) and Qatar and several contributions that were significantly higher than in the past from some of the Fund’s other contributors such as Spain, Quebec and Ireland, and still others such as Finland who returned to contribute after several years. It also included new multi-year commitments to the Fund, from Norway and Ireland, which followed Sweden’s first multi-year pledge to the Fund a couple years ago.

“We extend our deep appreciation to all of the contributors, both long-time and new alike, as well as those who have made multi-year commitments. It will reach those on the ground who need it most with concrete solutions and go a long way to helping many more vulnerable communities adapt and build resilience to climate change, while empowering country ownership and local leadership in adaptation," said Mattias Broman, Adaptation Fund Board Chair.

In addition to its concrete projects in serving the Paris Agreement and pioneering Direct Access to build country ownership in adaptation, the Fund has adapted and continued to deliver throughout the pandemic and actively expanded its funding windows to adapt to the climate urgency by launching new grants to foster scale-up of projects, innovation and learning in adaptation, as well as Enhanced Direct Access. Its Board also doubled the amount of funding countries can access for single-country projects.