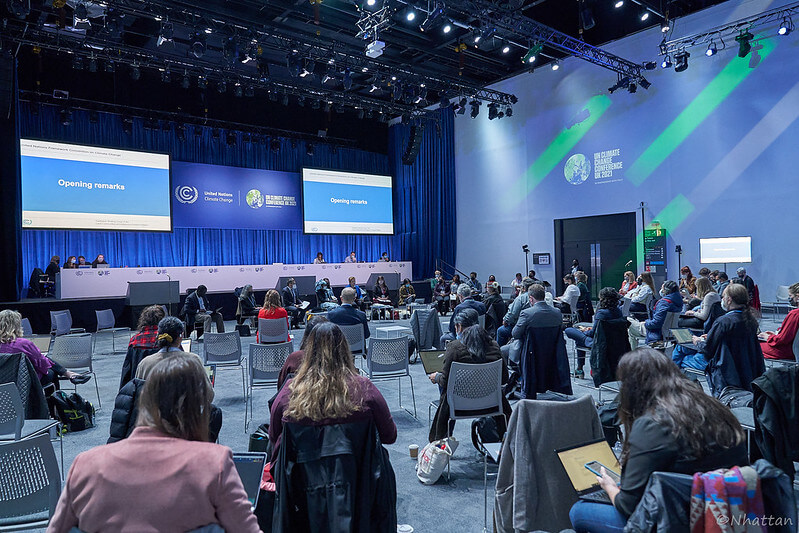 How Gambia became the world’s only country on track to meet its Paris agreement goals
As the world witnesses COP26 this year the long term plans by the countries to curb carbon emissions, increase renewable energy etc. do not seem to be coming through. The only country that seems to be giving promising results to limit climate change is Gambia. As part of the Paris Climate Agreement, participating countries are […]

As the world witnesses COP26 this year the long term plans by the countries to curb carbon emissions, increase renewable energy etc. do not seem to be coming through. The only country that seems to be giving promising results to limit climate change is Gambia.

As part of the Paris Climate Agreement, participating countries are expected to create nationally determined contributions (NDCs) which will be legally binding for every country with the aim to phase out carbon emissions and aim to limit climate change.

As per the climate tracker, however, several developed as well as developing nations are lagging behind.

What is a Climate Action Tracker (CAT)?

As per its website, the Climate Action Tracker is an independent scientific analysis that tracks government climate action and measures it against the globally agreed Paris Agreement aim of "holding warming well below 2°C, and pursuing efforts to limit warming to 1.5°C." A collaboration of two organisations, Climate Analytics and New Climate Institute, the CAT has been providing this independent analysis to policymakers since 2009.

CAT quantifies and evaluates climate change mitigation targets, policies and action. CAT further develops sectoral analysis to illustrate required pathways for meeting the global temperature goals. It covers all the biggest emitters and a representative sample of smaller emitters covering about 80% of global emissions and approximately 70% of the global population. The national actions which are tracked are the effect of climate policies and action on emissions, Impact of pledges, targets and NDCs on national emissions over the time period to 2030, and where possible beyond and comparability of effort against countries’ fair share and modelled domestic pathways.

Presently, India falls in the highly insufficient category along with several developed and developing countries such as Canada, China, UAE and Australia.

"The most important target date is 2030, by which time global emissions must be cut by 50%, and governments are nowhere near this. We estimate that with current actions global emissions will be at roughly today's level in 2030, we would be emitting twice as much as required for the 1.5°C limit," CAT said, according to a CBS news report.

“Of particular concern are Australia, Brazil, Indonesia Mexico, New Zealand, Russia, Singapore, Switzerland and Vietnam: they have failed to lift ambition at all, submitting the same or even less ambitious 2030 targets than those they put forward in 2015,” said Bill Hare, CEO of Climate Analytics, a CAT partner, quoted in the report.

Do you know which country is the only country to make it to the 1.5 degree celsius Paris agreement compatible list? It is Gambia.

What is Gambia doing differently?

As per the report by Quartz The Gambia’s latest climate plan published at UNFCCC aims to see the country’s emissions peak within the next couple of years and, by 2030, decline to about half of what they would be without action.

“The measure with the greatest carbon-cutting potential, according to the plan, is to limit the cultivation of rice in flooded fields. (It’s a method that produces a surprisingly high volume of methane emissions as fertilizer and crop residues decompose.),” said the report.

As per the report, the other measures taken up by Gambia for the cause of limiting climate change includes reducing livestock emissions by encouraging open grazing, reducing food waste, supporting reforestation projects, tightening vehicle fuel efficiency standards, and constructing utility-scale solar and wind farms.

However, citing the recent oil delas which the government of Gambia has signed such as in December 2019, the Gambian government signed another deal with BP to explore oil and gas off its coast, CAT says that “At a time when countries should move away from fossil fuels, the country should rather focus on further increasing its renewable energy generation to stay on a Paris-compatible pathway and avoid technology lock-in.”

The same analysis by CAT also says that in 2018, The Gambia initiated a project that aims to restore 10,000 hectares of forests, mangroves, and savannas bringing it closer to reaching its NDC afforestation targets (Green Climate Fund 2018).