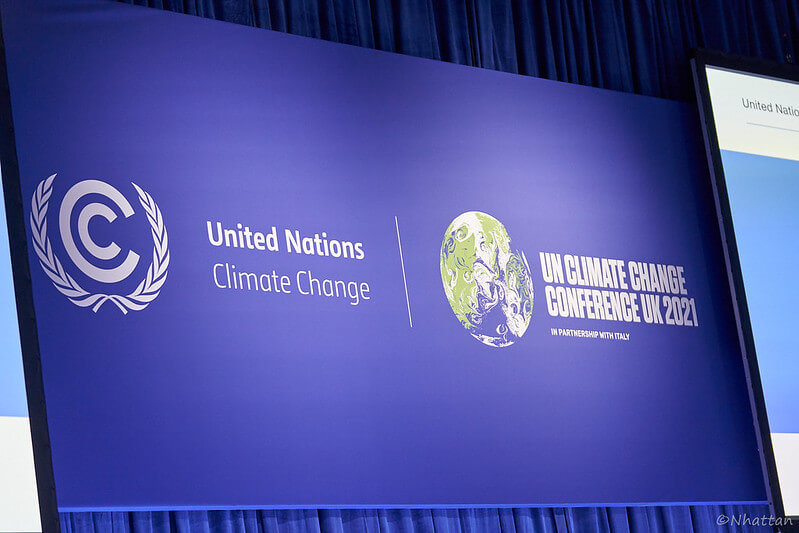 The week at COP26; long-term plans discussed for climate resilience at the summit
As the first week draws down to a close at COP26, the mood of the summit seems to be positive with major decisions being taken and several nations making commitments to limit climate change. Delegates from more than 100 countries joined COP26 and the conference started with the opening remarks of Boris Johnson, the prime […]

As the first week draws down to a close at COP26, the mood of the summit seems to be positive with major decisions being taken and several nations making commitments to limit climate change.

Delegates from more than 100 countries joined COP26 and the conference started with the opening remarks of Boris Johnson, the prime minister of the United Kingdom which is the host nation.

The event continued with the remarkable announcements by the Prime Minister of India Narendra Modi about the country getting 50% of its energy by renewable sources by 2030. Another commitment made by the prime minister was to reach Net Zero target by 2070. This indeed has a long way to go but is an advance plan.

With the countries presenting their plans for phasing out emissions, at least 70% of the world is now under long term goals for the same.

COP26 witnessed the declaration of ending deforestation by 2030. As per a report by The Guardian ​​this time there is some serious money behind the plan – $19.2bn from governments and the private sector, most of the major forest nations are signed up, and there is an extra package of more than $1bn for indigenous communities, who are the most effective forest guardians. There are also long overdue steps towards the creation of sustainable supply chains and deforestation-free international trade, though a lot more detail and buy-in is needed in this area.

Another important event at COP26 was an alliance of more than 90 nations, covering two-thirds of the global economy, committing to reduce methane emissions by at least 30% from 2020 levels by the end of the decade. Methane is a potent greenhouse gas and the alliance if worked upon consciously will benefit the climate in an effective way.

Another major announcement at COP26 was the more than 40 countries agreeing to phase out coal-fired power. Canada, South Korea, Ukraine, Indonesia and Vietnam said that they would quiet the dirtiest forms of fossil fuels between 2030 and 2040. As per the report by The Guardian, Poland signing up is a remarkable step since considering it’s devotion to coal.

Thousands of protestors marched on the streets to Glasgow demanding immediate climate action. Demonstrations were carried out and many scientists joined the protesters.

A delegation of mothers from Brazil, Britain, India, Nigeria, Poland and South Africa delivered a letter to Alok Sharma, the president of COP26 about their concerns of the effects of air pollution on the health of their children. The letter was signed by 500 parent groups from 44 countries.

A lot of long-term plans were discussed at COP26 this week. There is surely much more to happen at COP26 in the coming week.