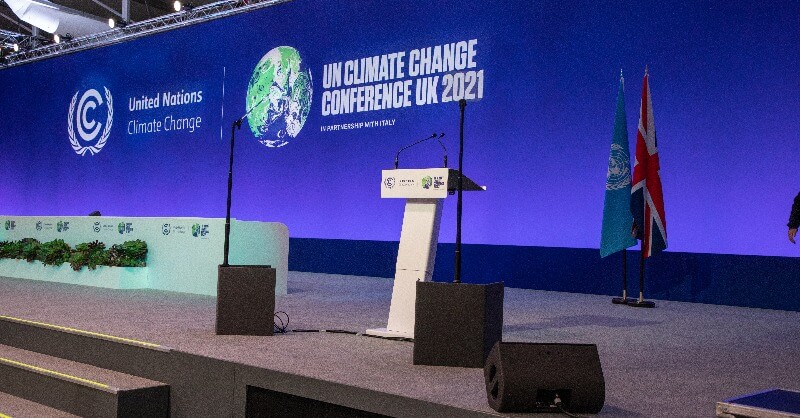 Young people demand action to protect their futures at COP26
Young climate leaders came together in Glasgow today with negotiators, officials and ministers from across the world, making their voices heard and demanding the action needed to prevent catastrophic climate change in our lifetimes, as per a press release by UNFCCC on November 5. Events across COP26 focused on harnessing the expertise of young people […]

Young climate leaders came together in Glasgow today with negotiators, officials and ministers from across the world, making their voices heard and demanding the action needed to prevent catastrophic climate change in our lifetimes, as per a press release by UNFCCC on November 5.

Events across COP26 focused on harnessing the expertise of young people and putting their views directly to the negotiators and officials working to agree global action on climate change.

The day was co-chaired by YOUNGO, the Official Children’s and Youth constituency of the UNFCCC which opened with a session called Unifying for Change: Global Youth voice at COP26.

YOUNGO also presented the COY16 Global Youth Position statement, representing the views of over 40,000 young climate leaders from across the world. The statement presented their priorities directly to Ministers, including action on climate finance, mobility and transportation, through to wildlife protection conservation.

“Wherever I have been in the world, I have been struck by the passion and the commitment of young people to climate action. The voices of young people must be heard and reflected in these negotiations here at COP. The actions and scrutiny of young people are key to us keeping 1.5 alive and creating a net-zero future,” said president Alok Sharma.

“I am also aware of the fear and anxiety many of them feel about the future of the planet, including my own children. That is why we must act on the COY16 Global Youth Position Statement from COY16 and the manifesto from the Milan Youth4Climate Summit,” he added.

The UK also announced its draft Sustainability and Climate Change strategy to equip and empower young people with the skills they need to drive the future of climate action. This includes the introduction of a Primary Science Model Curriculum, to include an emphasis on nature and the recognition of species, supporting the youngest pupils to develop conservation skills.

Education Ministers from around the world also pledged to do the same with nations such as, South Korea, Albania and Sierra Leone pledging to put climate change at the heart of their curriculums.

COP26 follows a huge range of youth events and conferences across the world, including the Youth4Climate Summit Milan in September and the 16th UN Conference of Youth (COY16) in Glasgow last week.

The UK and Italy, in partnership with UNESCO, Youth4Climate and Mock COP coordinated new global action to equip future generations with the knowledge and skills to create a net-zero world.

The event also unveiled a new statement titled, ‘learn for our planet: act for the climate’ which committed countries to revisit progress made on their pledges in advance of COP27.

The UK also announced a new £85,000 research grant to support the Internal Displacement Monitoring Centre to produce better information on the education needs of refugee children and enable a more effective international response.

The announcement was made by Helen Grant MP, Special Envoy for Girls’ Education, at an event with Sierra Leone’s Minister for Education, Hon. Dr David Sengeh, Education Cannot Wait, and UNHCR.

Civil society, business leaders and ministers also joined together in a special session to discuss how all parts of society must be brought on board with the action needed on climate change.

This event coincided with negotiations on Action for Climate Empowerment, a UNFCCC agenda item aimed at setting the direction on climate education and public empowerment, and facilitating coordination between countries and non-state actors

The events signified how young climate leaders are an unstoppable force, equipped with bringing together young policy experts from frontline communities to put forward their pressing climate priorities.