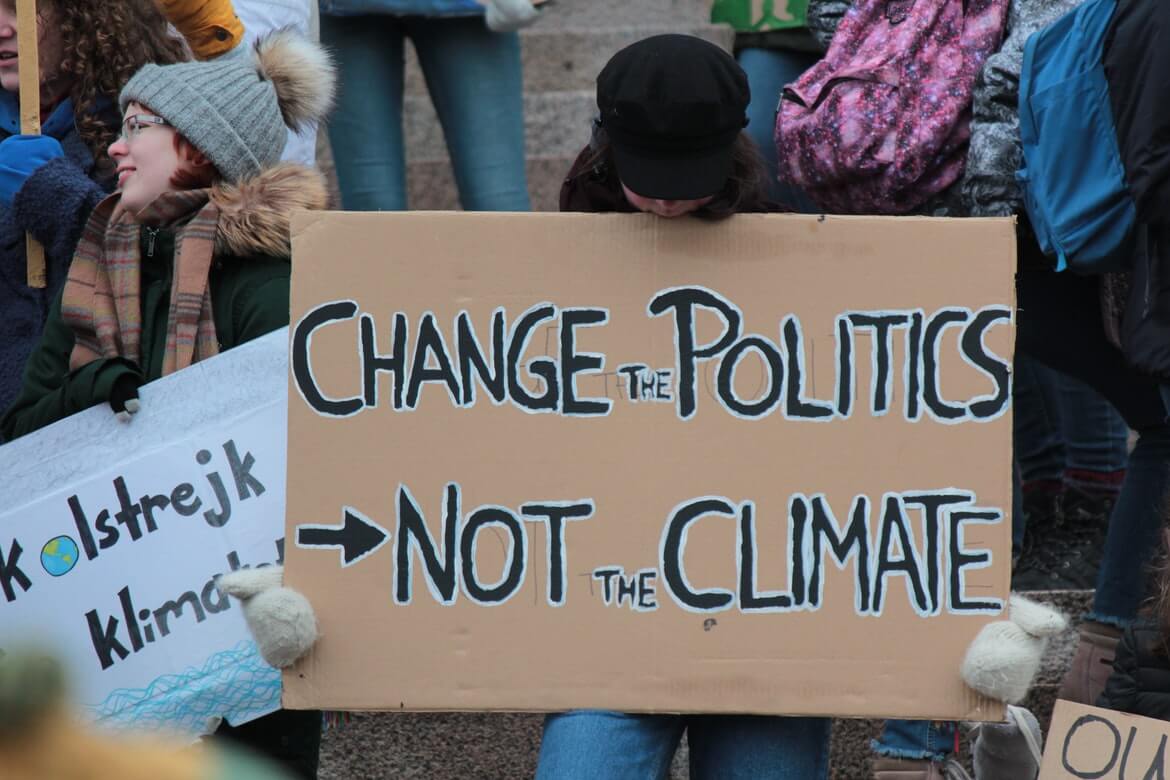 Blah, blah, blah – How climate activism became the sword and shield to fight against climate change
As far as science can confirm, earth is the only habitable planet that is known to us. We don’t know of any other planet which has life. Hence as humans, our very existence depends on the survival of our blue planet. And some humans are leading the charge to ensure that the health of the […]

As far as science can confirm, earth is the only habitable planet that is known to us. We don't know of any other planet which has life. Hence as humans, our very existence depends on the survival of our blue planet. And some humans are leading the charge to ensure that the health of the planet is checked, its environment protected, its flora and fauna restored.

Now that global leaders and policymakers have all converged in Glasgow for COP26, there is another group which is fighting the real fight and raising their voices for the next generation.  The climate activists.

“This COP really does feel like the last chance to turn things around. I’m not feeling very hopeful but I still felt compelled to come here," said a 59-year old social worker, as mentioned in a report by the Guardian.

Thousands of young activists have marched at COP26 this year seeking climate justice. As per a report by NPR young people both inside and outside of the United Nations climate talks are telling world leaders to hurry up and get it done, that concrete measures to avoid catastrophic warming can't wait.

As per the same report, Ashley Lashley, a 22-year-old from Barbados who is on her country's climate negotiation team in Glasgow, thought about how to communicate the need for urgency during a session on carbon trading. As she listened to other delegates debate the intricate and intractable topic that has baffled negotiators for more than six years, a phrase popped into her head: '"blah-blah-blah." That's the expression prominent teenage climate activist Greta Thunberg has started repeating to express her thoughts on the pace of government actions to curb global warming.

Greta Thunberg and the rise of youth climate activists

A name that has become synonyms with youth climate activism globally is Greta Thunberg. Thunberg became well-known after she protested outside the Swedish parliament in 2018, when she was 15. She held a sign saying "School Strike for Climate", to pressure the government to meet carbon emissions targets.

Her small campaign had a global effect, inspiring thousands of young people across the world to organise their own strikes. By December 2018, more than 20,000 students - from the UK to Japan - had joined her by skipping school to protest.

A year later, she received the first of three Nobel Peace Prize nominations for climate activism. Now 18 years old, Thunberg is still leading the fight against climate change. She is in Glasgow urging world leaders to take stronger action.

She has recently berated politicians for 30 years of "blah, blah, blah" rather than acting to curb global warming.

How scientists are joining hands with climate activists

The scientific community is also showing their support to the climate activists, and they have data to back their support.

“There’s a growing interest among scholars and scientists to try to grapple with the idea of activism,” says Andreas Malm, a human-ecology researcher and climate campaigner based at Lund University in Sweden as per a recent report by nature.com

Another student quoted in the same report said,“It’s really scary to have all this knowledge about climate change. I can study it and publish papers maybe one day, but it wasn’t enough for me any more — I wanted to do more and reach out to more people. If you have all this knowledge, you mustn’t keep it for yourself," said Xenia Gomm, a climate-science master’s student at Stockholm University.

From youth activists to indigenious group, many climate activists are in Glasgow right now and organising protests and discussions.

As per a recent report by Guardian,indigenous delegates gathered across the river Clyde to commemorate activists killed for trying to protect the planet from corporate greed and government inaction.

The report says that at least 1,005 environmental and land rights defenders have been murdered since the Paris accords were signed six years ago, according to the international non-profit Global Witness. One in three of those killed were indigenous people.

As per a report by nbcnews.com, the struggle of Indigenous peoples, who are often on the front lines of the climate crisis, exemplified by the deforestation in the Amazon rainforest and wildfires ravaging tribal lands in the western United States, will be emphasized at COP26. Indigenous leaders and "traditional knowledge-holders" whose practices can be useful in mitigating and adapting to the effects of a changing climate will be featured at some events and at panels that are typically attended by climate activists, academic researchers and celebrities.

Their methods of protests might be different, but their demands are the same - to save the planet and to protect the future generations from devastation.