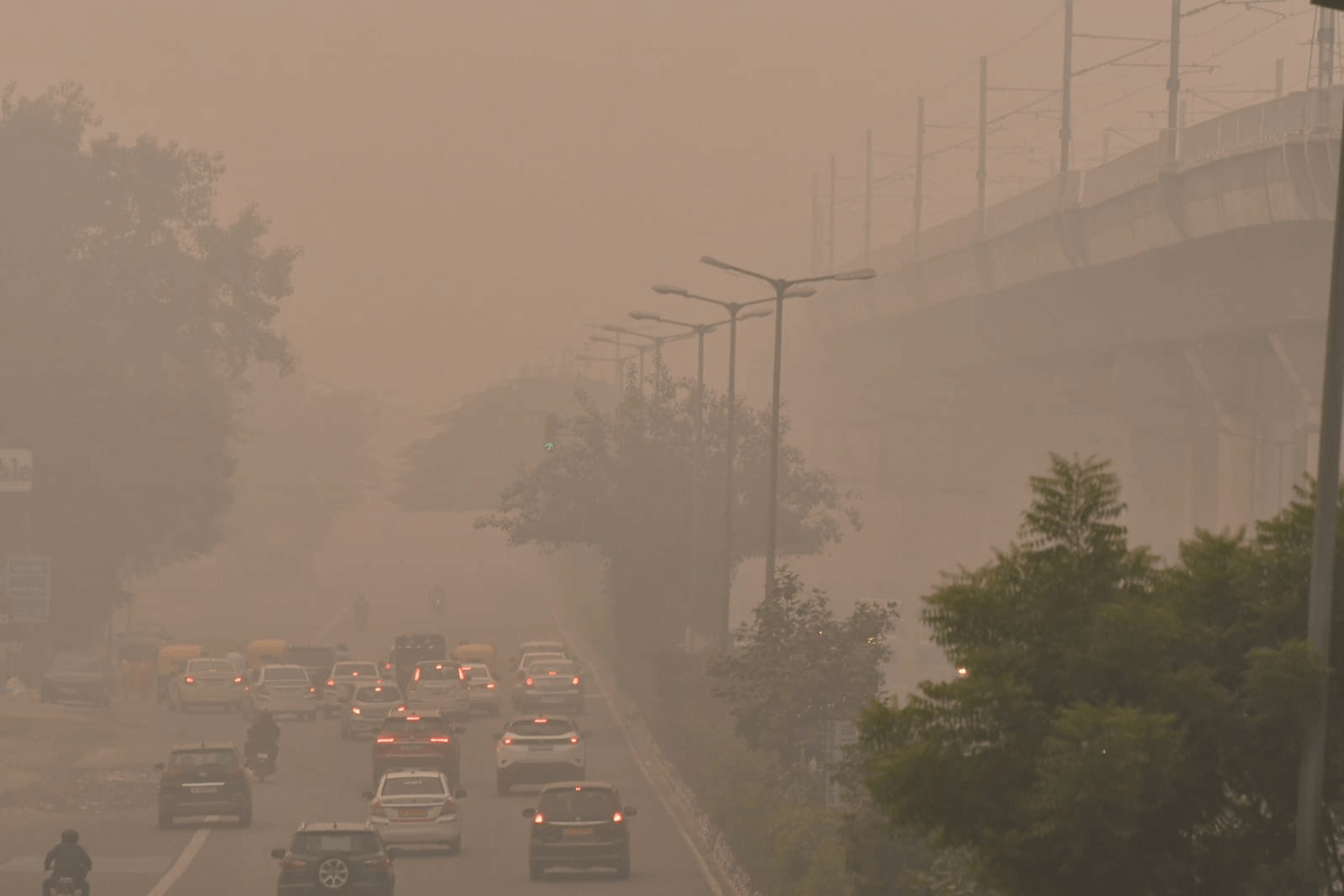 Unhealthy air steals India’s clear skies as world leaders vouch to cut emissions at COP26 in Glasgow
Over 100 world leaders are meeting in Glasgow with the aim to limit the global average temperatures to 1.5 degree celsius. The leaders of the nations along with the environmentalists and common people are vouching for a better climate which consequently guarantees a better future for the coming generations. COP26 is one of the few […]

Over 100 world leaders are meeting in Glasgow with the aim to limit the global average temperatures to 1.5 degree celsius. The leaders of the nations along with the environmentalists and common people are vouching for a better climate which consequently guarantees a better future for the coming generations. COP26 is one of the few times when the nations from all over the world have come together for a big cause which affects the life of all living beings.

Meanwhile, India is going through its peak pollution season. The winter months across India are the most polluted in the year. There are several theories as to what causes the pollutants to settle in the air. As per news reports, the most prominent of them being thermal inversion which is caused by the trapping of cooler air underneath the warmer air in the atmosphere which blocks the dispersion of the pollutants in the upper layers of the atmosphere. The concentration of the pollutants increases with a dip in the temperature.

Factors such as stubble burning and firecracker bursting during the festivals occurring in the winter months adds to the degradation of air quality in several regions of India.

There are several other cities in India which reached the ‘very poor’ mark on the AQI. Some of them are namely- Bhiwadi, Ballabgarh, Delhi, Durgapur, Faridabad, Firozabad, Gurugram, Greater Noida, Meerut, Narnaul, Panipat, Rohtak etc.

The PM2.5 and PM10 have been the point of discussion whenever air pollution rises, especially in the North Indian region. But, what do these actually mean and how do these affect us ?

As per WHO report, PM is a common proxy indicator for air pollution. “It affects more people than any other pollutant. The major components of PM are sulfate, nitrates, ammonia, sodium chloride, black carbon, mineral dust and water. It consists of a complex mixture of solid and liquid particles of organic and inorganic substances suspended in the air. While particles  with a diameter of 10 microns or less, (≤ PM10) can penetrate and lodge deep inside the lungs, the even more health-damaging particles are those with a diameter of 2.5 microns or less, (≤ PM2.5). PM2.5  can penetrate the lung barrier and enter the blood system. Chronic exposure to particles contributes to the risk of developing cardiovascular and respiratory diseases, as well as of lung cancer,” said the WHO.

As per a report by The Hindu the safe levels of PM2.5 and PM10 are 60 and 100 ug/m3 respectively, anything beyond which are considered hazardous for the respiratory system.

As per the experts, most of this pollution is internally created in India due to the effect of stubble burning and firecracker burning during the festive days of winter months adds on to the pollution caused due to carbon emissions. Even as India vouches for a better climate by reduction in carbon emissions and increasing the non-fossil energy capacity by 500 gigawatt by 2030, decreasing the pollution caused by the internal sources in India but cutting it down at the source should be made a priority.