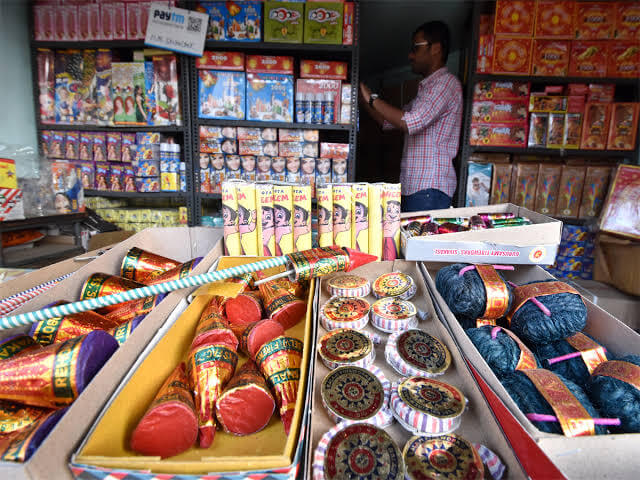 A lot has been talked about how the green crackers might prove to be an alternative to the air pollution caused by the bursting of crackers in Delhi but the knowledge about the same seems to still be limited. If you are trying to figure out what green crackers are read below: In October 2018, […]

A lot has been talked about how the green crackers might prove to be an alternative to the air pollution caused by the bursting of crackers in Delhi but the knowledge about the same seems to still be limited.

If you are trying to figure out what green crackers are read below:

In October 2018, the Supreme court of India relaxed a complete ban on the bursting of firecrackers. Thereafter, as per the court orders the scientists of Council of Scientific and Industrial Research- National Environmental Engineering Research Institute (CSIR-NEERI) developed green crackers as per the court directions.

So what are these green crackers?

‘Green crackers’ are made with the idea of reducing emissions induced in the atmosphere by suppressing the dust produced in the process of bursting. They are produced using less harmful raw materials and their shell size is smaller than the crackers which are not green.

Where in most green crackers harmful chemicals are not used at all, some might use chemicals such as aluminium, barium and carbon. However, the quantity is reduced to such an extent that the emissions are reduced by at least 30%, reports Hindustan Times.

There is a considerable reduction in terms of noise pollution as well. Where regular crackers might emit upto 160 decibels of sound, the sound limited to the green crackers is 110-125 decibels. The noise pollution generated during the bursting of crackers is not only harmful for the animals who cannot bear the increased decibels of sound but also for human beings with cardiovascular illnesses. For people with respiratory illnesses the pollution during the festival where firecrackers are bursted becomes a nightmare.

Who can sell green crackers in India?

As per the news reports, any manufacturer who wishes to manufacture green crackers needs to sign a deal with the CSIR to use the green cracker formulation. Since green crackers are produced by less polluting raw materials, the chemical formula ensures reduced carbon emissions into the atmosphere.

Green crackers in India mostly do not contain any banned chemical. Therefore, there are three kinds of green crackers that can be manufactured in India-  Safe Water Releaser (SWAS), Safe Thermite Cracker (STAR) and Safe Minimal Aluminium (SAFAL) crackers.

As per the court orders, there must be a QR code on each green cracker box which can be scanned through NEERI application to find the specifics of the cracker packed in it.

Does your state allow the bursting of firecrackers this Diwali?

India will observe Diwali on November 4 this year. While many states have imposed a complete ban on the bursting of firecrackers, some have allowed the bursting of green crackers.

Green crackers were meant to replace traditional fireworks to reduce the impact our festive celebrations have on our health. But this option still hasn’t found too many takers yet and there is still a long way to go before it becomes the norm.