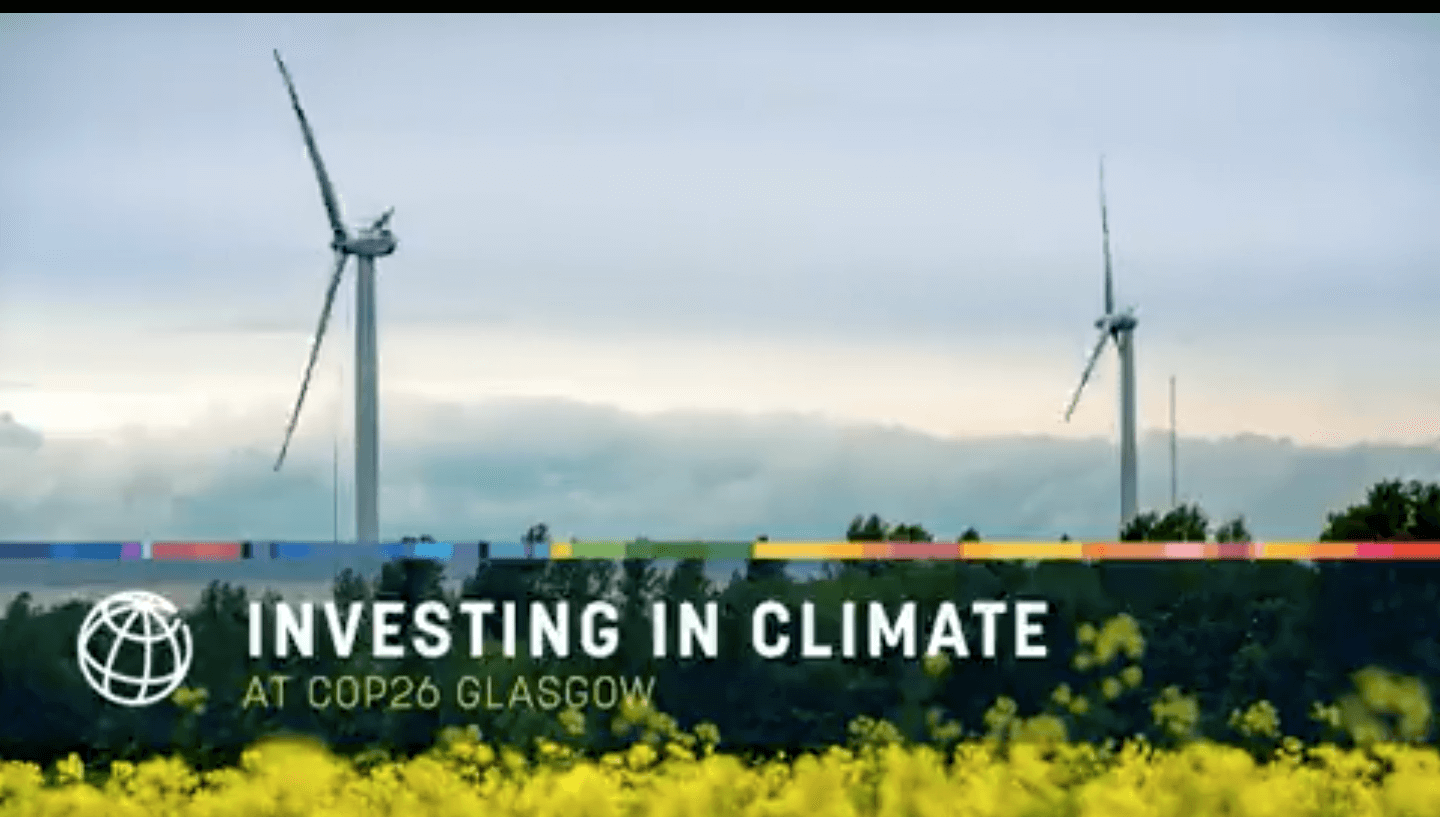 Explainer: How can climate finance help developing countries to fight climate change?
As the world awaits major decisions to be taken up in the Conference of the Parties (COP26), the Indian Prime Minister Narendra Modi on Monday emphasized upon the need for developed countries to support developing countries in financing for climate change. He spoke about the need to do so in not just mitigation of the […]

As the world awaits major decisions to be taken up in the Conference of the Parties (COP26), the Indian Prime Minister Narendra Modi on Monday emphasized upon the need for developed countries to support developing countries in financing for climate change. He spoke about the need to do so in not just mitigation of the climate change but also adaptation measures to be taken up by the developing countries.

From technology to skills to finance, the countries seem to be working hard to counter climate change. Countries have buckled up to reach the goal of limiting the increase in the earth’s temperature to 1.5 degrees compared to the pre-industrial levels.

Developing countries are the worst affected due to climate change when they have not been the traditional carbon emitters. The seven historical polluters, as the report by The Down to Earth suggests are namely, the United States of America, United Kingdom, Australia, Japan, Canada and EU-27. These seven countries with the most carbon emissions had 60.53% share of global carbon emissions from 1870-2019.

Now, as the data suggests, the most technologically and financially efficient developed nations of the world such as the United States of America, United Kingdom, Australia, Japan, Canada and EU-27 have contributed to the most carbon emissions.

Even as the developing nations have lesser share to contribute to the carbon emissions and the climate change, these countries are the first to bear the burdens of climate change in the form of untimely floods leading to crop damage, drought, cyclones, behavioural changes in animals and insects which affects the ecosystem. The developing countries being most affected due to climate change have the least financial resources to tackle it.

The Paris Climate agreement was signed between 175 parties in April 2016 to legally bind these countries for taking action against climate change. As per the agreement countries were supposed to specify their own Nationally Determined Targets or NDCs for tackling climate change. It was left to developing and developed nations to set the targets for lowering the carbon emissions, increasing the use of renewable energy etc. by 2030 as per the capacities of their countries.

Not only do the developing nations need financial and technological efficiency to reach the NDCs but also to tackle the devastations these nations are presently experiencing as a result of climate change. This is where the idea of climate finance comes in where the developed nations help developing countries to generate infrastructures to counter climate change by investing in the projects centred around both mitigation and adaptation measures.

The developed nations need to pitch in to not only finance projects such as renewable energy generation but also to help the developing countries to cope with the ill- effects of climate change which such countries are continuously observing.

How much finance is needed?

The wealthy nations promised US$100 billion a year in climate finance to developing nations by 2020 at the 2009 Copenhagen climate talk. The goal however, has not been met.

Moreover, the promised US $100 billion does not seem to be enough either. As per IPCC estimates, an annual investment of $2.4 trillion is needed in the energy system alone until 2035 to limit temperature rise to below 1.5 °C from pre-industrial levels.

To address the cause, a Green Climate Fund or GCF was established by 194 governments to limit or reduce greenhouse gas (GHG) emissions in developing countries, and to help vulnerable societies adapt to the unavoidable impacts of climate change. As per the official website of GCF it is a unique global platform to respond to climate change by investing in low-emission and climate-resilient development. Given the urgency and seriousness of this challenge, GCF is mandated to make an ambitious contribution to the united global response to climate change.

As per the official data on it’s website, As of 31 July 2020, the Green Climate Fund has raised USD 10.3 billion equivalent in pledges from 49 countries/regions/cities. These include 9 representing developing countries (Chile, Colombia, Indonesia, Mexico, Mongolia, Panama, Peru, Republic of Korea, and Viet Nam). Till date, the funds by CGF have been invested in 190 projects in order to fight climate change. Projects worth 6.1 Billion USD are under implementation.

The Green Climate Fund or GCF has a Simple Approval Process or SAP. The SAP was established to allow countries to access finance through GCF as rapidly and as efficiently as possible. The objective of SAP is to simplify the process of applying to approval of projects so that the process consumes less time and effort. As per the GCF, project proposals under SAP require fewer pages and provide simpler forms with fewer questions.

The projects or proposals which are directed towards mitigation and /or adaptation to climate change are welcomed under SAP. The GCF contribution that the contribution requires should be upto 10 million USD and the environmental and social risks of the project should be minimal which makes it eligible for SAP.

Are the countries doing enough

As per the report by nature.com, “Neither the amount of financial flows nor their direction is sufficient to keep temperatures below 2 °C, let alone 1.5 °C,” says Ottmar Edenhofer, director of the Potsdam Institute for Climate Impact Research in Germany, and a former co-chair of the IPCC’s working group on mitigation of climate change.

The developed countries therefore do not seem to be doing enough and it is unlikely we will meet the commitment of the Paris Agreement to limit global warming to 1.5℃ if developing countries do not receive financial assistance to reduce emissions, said a report by the Down To Earth.

Referring to the lag in Australia’s committed contributions to climate finance the report further says, “Australia’s current pledge for climate finance under the Paris agreement is A$300 million a year by 2025. So far, there are no signs this will change.Compared to many countries, Australia is lagging. Even New Zealand, with its much smaller economy, has increased its pledge to NZ$1.3 billion over four years 2025.”

The idea of equity

The challenge here for the developing nations is that they not only need to move towards sustainability but also need to focus on the basic needs of the country as it develops. It is not easy for a developing nation to decrease their carbon emissions all of a sudden to be sustainable. The developed countries are more capable of doing it due to the technological and financial resources they have available.

In an infographic report, The Down to Earth said “ Climate change poses the greatest threat to those least responsible for it–generally people that are already vulnerable to deep-rooted challenges such as poverty. Conversely, those who have contributed the most to climate change have much better capacity to protect themselves from its impacts.”

“The richest countries of the world are home to half the world population, and emit 86 per cent of its CO2. We want global incomes and living standards—especially of those in the poorest half—to rise. To do so while limiting climate change, it's clear that we must shrink the emissions of high-income lifestyles. Finding the compatible pathway for levelling this inequality is one of the greatest challenges of this century,” the report further said.

It therefore is very clear that in order to reach up to the target of limiting temperature rise up to 1.5 degrees, the developed countries need to pitch in with not only the financial assistance but to lower carbon emissions even further to get the developing nations a change to fulfil their needs as a developing nation as they try to push towards their NDCs.

Therefore, only when the developing countries will be given enough support by the developed nations can the world as a whole reach the target of getting to a limiting temperature of 1.5 degrees.