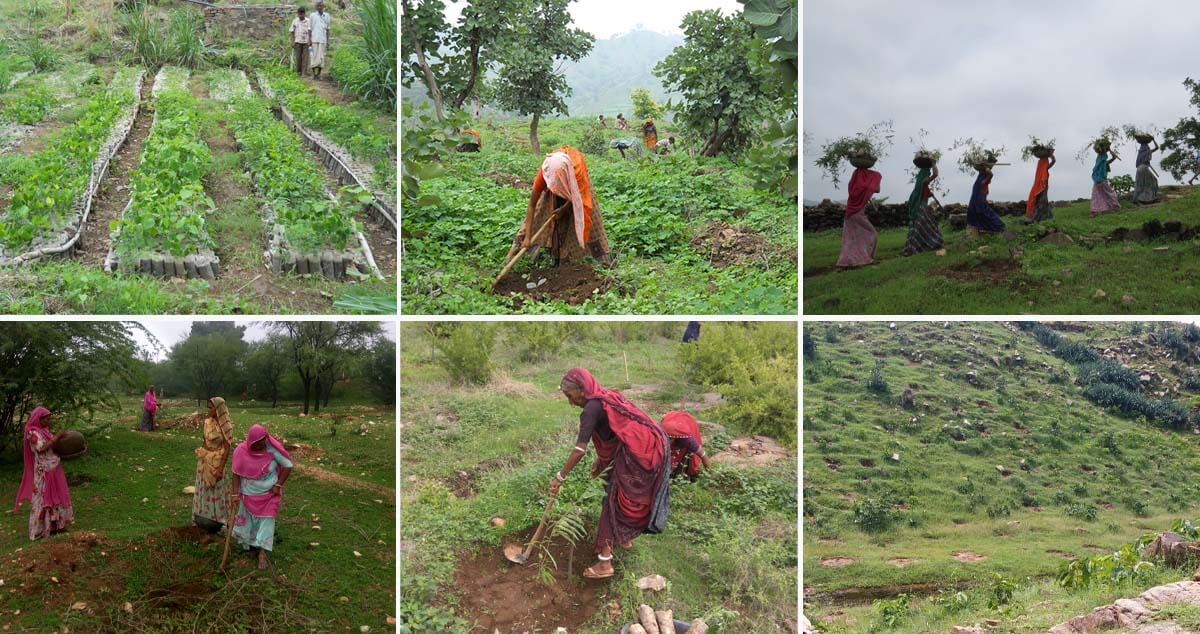 On World Animal Day, these endangered species are getting some green cover
Find out how this social organisation is planting thousands of trees to expand the habitats of hanguls, sloth bears, and giant squirrels World Animal Day is observed on October 4 each year, to reflect upon the basic status of animals and to improve the welfare standards. This is also an appropriate time to contemplate the […]

Find out how this social organisation is planting thousands of trees to expand the habitats of hanguls, sloth bears, and giant squirrels

World Animal Day is observed on October 4 each year, to reflect upon the basic status of animals and to improve the welfare standards.

This is also an appropriate time to contemplate the state of wildlife habitats across the world. As the climate crisis worsens, instead of course correction, we seem to be plundering through the planet’s last pockets of biodiversity.

Even though there is enough scientific evidence to prove that conserving habitats for the animals is critical for the long-term survival of life on the planet, destruction in the name of progress continues. There is no doubt however that in order to ensure our survival, we must preserve wildlife habitats and protect eco-sensitive zones and their biodiversity.

Shrinking safe spaces have also forced animals into conflict with human beings and to mitigate this danger and expand green cover, social organisation Grow-Trees.com is working towards replenishing wildlife habitats across the country.

Says Bikrant Tiwary, CEO, Grow-Trees.com, “When humans take away the natural home of a species, they create a rupture in the ecosystem and fragment it. At Grow-Trees.com, we are trying to repair many such ruptures to protect native and endemic species including tigers, elephants, hanguls, sloth bears, giant squirrels, Himalayan black bears and many more. Fragmented habitats are the main reason behind animal and human conflicts and we are trying to resolve this issue wherever we can.”

Here are three ways through which the life of wild animals is being improved.

The aim is the enhancement of hangul (Kashmiri stag) habitat, replenishing groundwater reserves and biodiversity among others. The hangul (Cervus elaphus hanglu),  also known as Kashmiri red deer, is according to the International Union for Conservation of Nature (IUCN), a "Critically Endangered" species owing to decreasing population. The careful planting of trees will also help rehabilitate the lost forests of Dachigam National Park, engage and employ  local communities  in all stages of the plantation and spread awareness about the harmful impact of wildlife trafficking and human invasion into wildlife habitats. The trees will also stall soil erosion, mitigate natural disasters and sequester atmospheric carbon.

The Indian Giant Flying Squirrel is a mammal that lives in tree cavities and canopies. This arboreal and nocturnal species has been listed in the IUCN Red list  and scientists have advocated planting trees to protect it.

Grow-Trees.com has hence initiated a massive plantation activity at Sitamata Wildlife Sanctuary, Rajasthan,  to restore the habitats of the endangered mammal. Over 93,000 trees will be planted in the community lands some of which are in the villages of Kalyanpura, Basera, Jamli, Samplipathar, Kaliyakund, Surajpura, Khadiyavani, Belari, Kherot, and Kerwas at the fringes of Sitamata Wildlife Sanctuary.

The plantation activities seek to repair habitat fragmentation that makes poaching easier and to also curtail anthropogenic pressure. The green cover will also sustain the Flying Squirrels as their diet consists mainly of, but not limited to, fruits and leaves, bark and flowers. Mahua trees are the primary source of their feeding and have been planted as part of this tree plantation initiative. The initiative will also create rural jobs for tribal communities and generate over 7,600 workdays.

The sloth bear is a myrmecophagous bear species native to the Indian subcontinent that feeds on fruits, ants, and termites. They consume over  22 natural plants and 18 cultivated plant species across different seasons and their survival is dependent on abundant vegetation.

Identified as vulnerable on the IUCN Red List of Threatened Species, mainly because of habitat loss and degradation, the sloth bears need help to survive and thrive as a species.  To replenish their depleted habitat, Grow-Trees.com is  planting over 30,000 trees in Kumbhalgarh Sanctuary, Rajasthan.

The trees will be planted  on the community lands among the village ranges of Obra Khurd, Rawaliya Kalan, Jhunjharpura, Jhadoli, Rawaliya Kalan Chak, Dingari, Punawali, Jemli, Obra Kalan, Nalodar, and Rawaliya Khurd, situated at the periphery of Kumbhalgarh Sanctuary. The primary aim is to repair fragmentation of habitat integrity, prevent animal human conflicts and aid biodiversity.

The plantation at the periphery will also provide employment,  make the buffer zone robust allowing the communities to extract forest products to support their livelihood and thus  eliminating encroachment into forest lands and preventing the bears from venturing into human settlements.