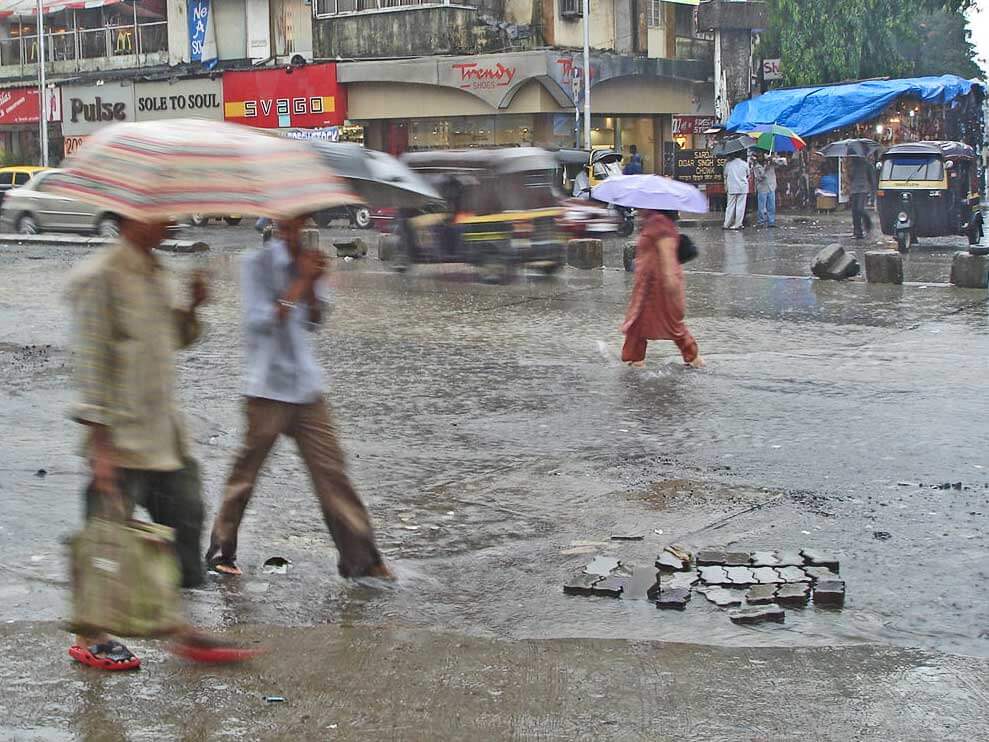 We have seen in the past that when pollution levels go up, or the city is covered in smog, a burst of rain can clear the pollution and improve the Air Quality Index (AQI).

Rain is considered the optimum solution to eradicate air pollution and the monsoon season witnesses the lowest comparative trends in PM2.5 and PM10.

But the monsoon itself can be impacted by air pollution.

Science does not lie

Now, as pollution increases, it leads to warming of the atmosphere but simultaneously cooling of the land surface.

According to meteorologists, any change in differential heating of land and ocean will impact the wind pattern. Thus, influencing the monsoon circulation, eventually leading low rainfall.

“Air Pollution is likely to decrease the Southwest Monsoon rainfall by 10%-15% for the entire country. Meanwhile, some places might even see reduced rains as high as 50%. It would also impact the dynamics of Monsoon, for instance delay in onset. Air pollution does not allow the landmass to warm up to the required levels. Due to the presence of pollutants, heating of land takes place at a slower rate. For instance, the required surface temperature is 40°C, while the presence of air pollution will result in restricting temperature up to 38°C or 39°C,” said Dr Dilip Ganguly, Associate Professor, Centre for Atmospheric Sciences, Indian Institute of Technology (IIT) Delhi.

The recently released report by the UN’s Intergovernmental Panel on Climate Change (IPCC) has also raised these concerns.

According to the IPCC, results from climate models indicate that the rising level of pollution is causing the recent decrease in summer monsoon precipitation. There has been a decline in the Southwest Monsoon mean rainfall observed between 1951-2019.

The trend is likely to continue in coming years and air pollution is expected to play a vital contributing role. Additionally, intense spells of extreme rainfall may increase the quantity of rainfall over a shorter period of time, but it would not have much impact on mean monsoon rainfall which is likely to decrease over the longer period.

While there has been a consensus across the scientific community that the rising air pollution levels would decrease the monsoon rains substantially in the coming years, it might also result in unstable monsoon patterns.

For instance, we might see extreme weather events like severe hailstorms, torrential rains along with an increase in the number of dry days, especially over places which are more polluted.

Also, these extreme events would be more prevalent during the pre-monsoon season or early monsoon season, but the threat of air pollution-induced severe weather activity would continue to loom large over the urban areas.