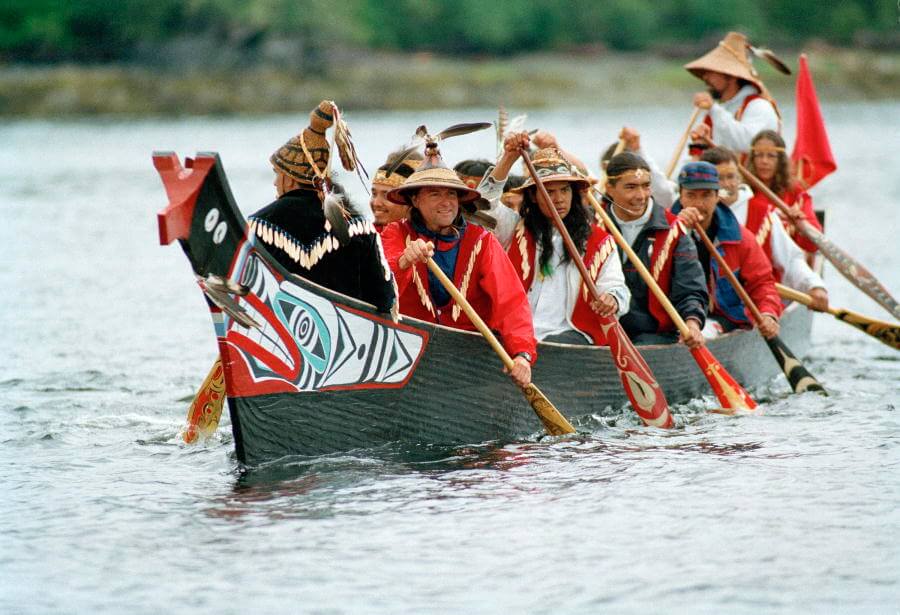 The consequences of displacing indigenous communities due to mining and deforestation
According to the UN Factsheet, there are more than 370 million Indigenous people spread across 70 countries around the world. The word ‘Indigenous’ refers to the peoples or communities who originally inhabited land or place before it was conquered by the colonial societies. In other words, Indigenous peoples are the earliest known original or first […]

According to the UN Factsheet, there are more than 370 million Indigenous people spread across 70 countries around the world.

The word ‘Indigenous’ refers to the peoples or communities who originally inhabited land or place before it was conquered by the colonial societies. In other words, Indigenous peoples are the earliest known original or first inhabitants of a particular area.

These communities have their own cultures, languages, customs, socio-economic practices, etc., which they have retained to date. The Indigenous peoples are also known by other names, such as tribal peoples, native or aboriginal peoples, first nations, adivasis, janajatis, hunter- gatherers, or hill tribes.

Although Indigenous communities account for approximately 5% of the world population, they make up about 15% of the world’s extremely poor. This is because they continue to face exclusion and marginalization, and lack equal access to basic services.

Moreover, in many countries, they are denied the freedom to practice their traditions, express their cultures, or even speak their language. The indigenous communities also often share the history of being uprooted and forced displacement from their native or ancestral lands.

Over the past many years, the indigenous communities and many activists have raised voices regarding the discriminatory practices against them. The oppression and discriminatory practices against them stem from the colonial era characterized by slavery, genocide, and racism against these communities. So has resulted in their destitution, low socio-economic and political status, prostitution, so on.

In modern times, they continue to face challenges for their basic survival as States acquire their land for various infrastructure projects, large- scale agriculture, mining, and hydroelectric dams without the community’s free prior and informed consent.

Over many years there has been steady exploitation of forests, especially inhabited by indigenous and local communities, in the name of national development. The pressure on forests and natural resources comes from the non-forestry sectors, and among these the most important cause is mining. It is to be noted that for the purpose of mining and various other large-scale projects, the forests are cleared which leads to massive deforestation.

Deforestation has a direct impact on the local inhabitants. The forests ensure the regular flow of clean water and protect the local communities from floods and drought. With the loss of forests, the surrounding areas become prone to flooding with subsequent loss of life and property.

Moreover, the indigenous and local communities are dependent upon the forest products for their livelihood, and many tribes are involved in hunting and gathering, agriculture, etc. When outsiders encroach upon their land and exploit the natural resources, the local communities lose their control over the community resources and are often prevented from using forest products.

As States and private actors clear forests for mining and infrastructural projects, the indigenous and local communities are forced to move out from their land without any satisfactory provisions for resettlement or adequate compensation. Consequently, they are denied their cultural rights and means of livelihood. This results in their decreased food security and increased vulnerability.

In a case, if the displaced people attempt to return to their land, they are often arrested on the charges of illegal trespassing, poaching, etc. Further, when the displaced people resettle somewhere else, this puts additional pressure on the natural resources of the place, increasing competition and risk of conflict with the local residents.

For many communities, especially the Indigenous communities, the land is the source of their identity, economic activities, and socio- cultural practices. When their land is snatched away, this disrupts their community structure, traditional practices and means the loss of sacred and cultural sites.

At the international level, the UN Declaration on the Rights of Indigenous Peoples (UNDRIP) and various other Human Rights Treaties recognize the rights and needs of the indigenous communities. While many provisions of these treaties have subsequently been adopted into the national legislatures, still many countries violate indigenous peoples’ rights in the name of national development.

Hence, the mere recognition of their rights in international treaties is not enough. Today, not only the States but the citizens also have to realize that the survival of the remaining indigenous population requires recognition of their rights of ownership of land and use of forest products; and these rights, in turn, contribute towards their economic, spiritual, cultural and physical well- being.