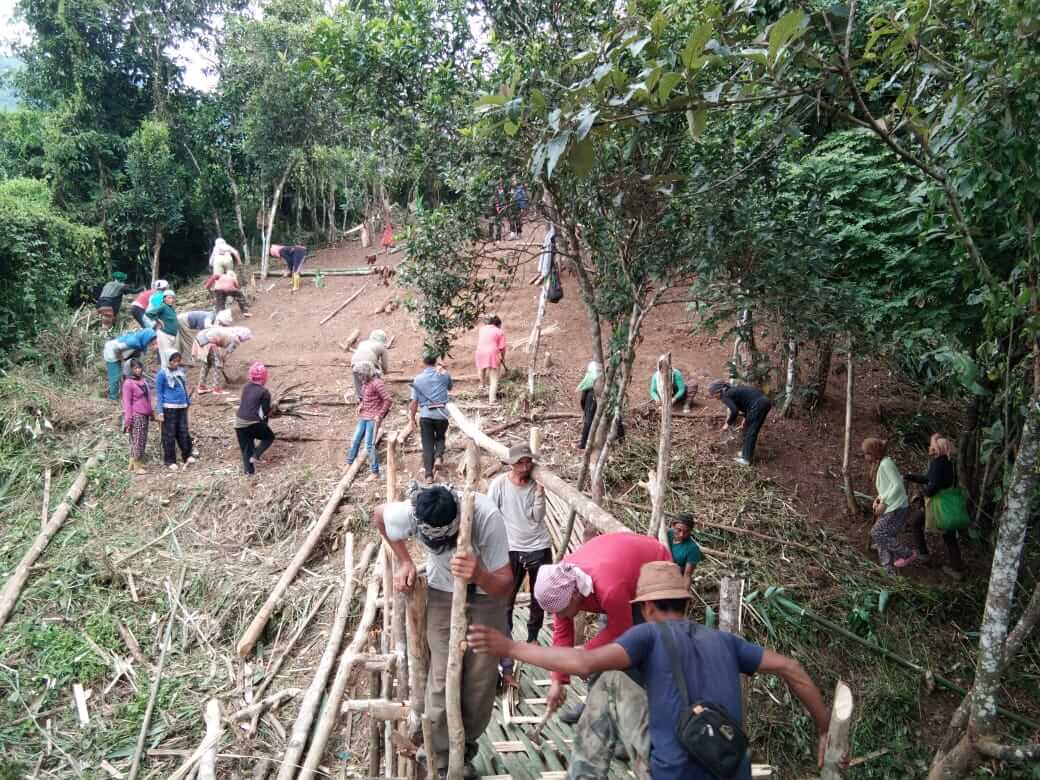 How I started a community to conserve the rare Amur Falcons

Today, unlike in the past we hear of floods and Cyclonic Storms even in the Hill States like North East and many hill stations. The most recent one we have witnessed was on the first of May, 2016 where a cyclonic storm racing 150-160 Km. per hour destroyed thousands of buildings, uprooted many old tress […]

Today, unlike in the past we hear of floods and Cyclonic Storms even in the Hill States like North East and many hill stations. The most recent one we have witnessed was on the first of May, 2016 where a cyclonic storm racing 150-160 Km. per hour destroyed thousands of buildings, uprooted many old tress and electric poles and many fields were destroyed.

During 2016-2018, we have witnessed many natural catastrophes in India where even the Hilly states weren’t spared. Mud Slides, streams and river blockades washed away brides, which resulted in the bursting of dams and devastated properties worth Billions and hundreds and thousands of people were left death and displaced.

We are experiencing the 10 hottest years on record all after 2000 and it’s becoming Hotter year after year. The temperature has been rising, summer starts very early and winter is becoming very short. There is an effect in the rainfall pattern, and there also is sudden rise in the temperature and the weather has become very unpredictable. But these are what happens beyond our boundaries.

In our given context, we also have Stories from the farmers:

Yaongyimchen, Alayong and Sanglu (Alayong and Sanglu are migrated/outshoot villages from Yaongyimchen) under the Society LEMSACHENLOK took up the issue of Bio-Diversity Conservation from 2008. The concern wasn’t a success in the initial stages since the community had no financial support from any sector. Small Agricultural activities, selling firewood, Logging, timber selling, and for some hunting and fishing were the only means of earning their livelihood.

In 2008 December, LEMSACHENLOK took up the concern and presented to Citizen’s Annual General Body meeting, and the matter was descriptively deliberated. However, convincing the economically constrained Citizens to implement the plan was a big challenge.

I resolved to establish a community biodiversity conservation in my village, Yaongyimchen in the state of Nagaland which has been a great success.

For the past 20 years, I’ve been involved in the communities for the holistic sustainable development contributing innovative ideas to the self-sufficient and self-sustaining community. My initiatives in the areas such as economic upliftment to community participation micro-financing and management.

I also worked on creating a ‘Biodiversity Peace Corridor’, a network of villages across four districts in Nagaland to promote community conservation. Within a decade, we saw the noticeable increase of wild species, the regeneration of hundreds of wild species and most importantly the migrating Amur Falcons.

The Amur Falcons devour insects that otherwise destroy crops. This is why they have become so dear to us, a lesson humanity must learn. The Amur Falcons were subjected to mass hunting, trapping for consumption and marketing, all these human activities exerted more pressure for their survival.

However, the awareness generated for its conservation has proved to be effective and hence the once upon a time raptors are advocating its preservation.