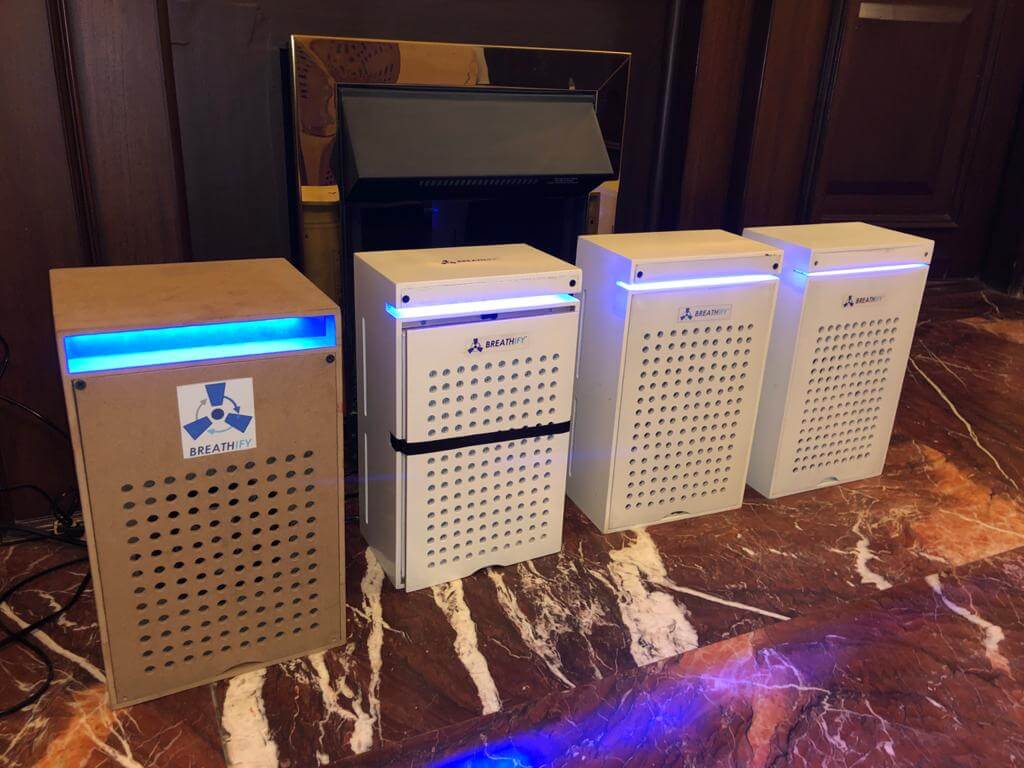 We all know the problem of air pollution in India and especially in New Delhi. If I breathe the outside air for about four months, my lungs would turn almost black. And according to various institutions, it’s equivalent to smoking 44 cigarettes a day. You can imagine what the harmful effects of pollution can be. […]

We all know the problem of air pollution in India and especially in New Delhi. If I breathe the outside air for about four months, my lungs would turn almost black. And according to various institutions, it’s equivalent to smoking 44 cigarettes a day. You can imagine what the harmful effects of pollution can be.

Due to the smoke and the particulate in the air, my lungs used to be inflamed and I was coughing all the time. And that caused me to be inside the four walls of my room most of the time, especially during the Diwali season where I could not go outside to play with my friends and family. Subsequently, I was surrounded by air purifiers all the time. Being a very curious kid I used to always wonder how these gadgets work.

And one day just out of curiosity, I opened up an air purifier to realize that it’s a very simple machine. It only has one filter and a fan. And that’s the basic main ingredient of any air purifier. Since that day, I started constantly researching about air purifiers. That’s when I decided to make my own air purifier.

After 320 prototypes and multiple trials, in 2018, I conceived Breathify, an air-purifying device with an innovative ‘Reverse Air’ technology. The device, made from a wooden frame and is 98% plastic-free.

The main ingredient or the heart and lung of any air purifier is a fan and a HEPA Filter. In both standard machines and Breathify, the air passes through a HEPA filter, which captures all the pollutants. I thought that if I could make it entirely in India there would be no issue about serviceability, no imported parts, no issue about availability.

So, it’s 100% made in India. In fact, the only machine to be so.It’s the first eco-friendly air purifier because the ideology was that if we are creating a machine to purify the environment, why to use plastic that could pollute it afterward.

The central pillars of Breathify are accessibility and innovation – I wanted to design air-purifiers that were not only effective but also affordable enough to be accessible to the majority of Indians. Breathify air purifiers are the manifestation of these ideas: they are safe, effective, and energy-efficient and the world’s first eco-friendly ones, all for the revolutionary price of Rs. 4,990/-.

Also, to save your lungs, running an air purifier is extremely necessary. Certain times people ask me that, if I stay in a purified room, will I not be immune to only the purified air and I certainly will get ill when I go into the outside air.

Yes, I agree that some people might think that because just like in the case of water if you keep drinking boiled, purified water, which is very pure all the time, you would not be able to handle tap water. But this is not the case in our lungs. Our lungs have an additive effect of air pollution, wherein the more pollution you keep on adding, the more accumulation keeps on happening in the lungs. So, as much exposure to purified air as possible is key and it should be done for sure.

I am sure we will altogether, if we move in the same direction, with the same mindset, to make air purifiers accessible, air purification more affordable to all the people of India, we will move to a greener, cleaner and less polluted India.