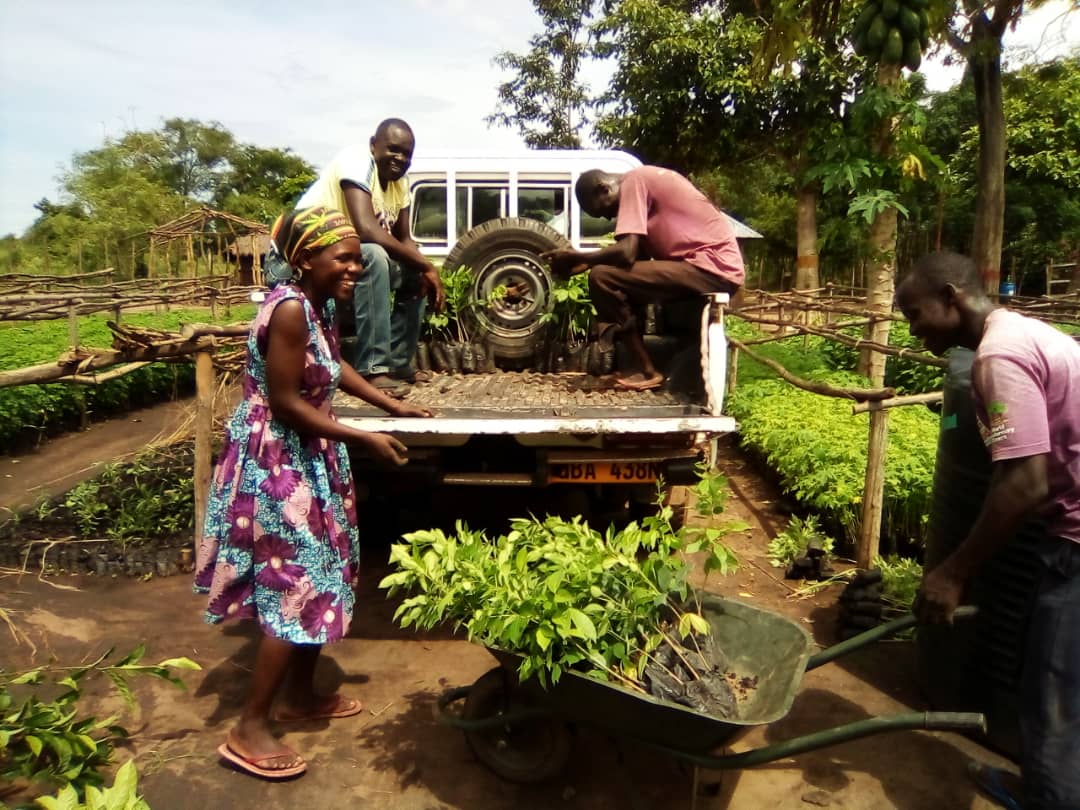 Indian organisation to plant 50,000 trees in Uganda to rehabilitate refugees

Uganda in East Africa is home to over 1.4 million refugees who are part of an influx caused by political and economic instability, war and violence in neighboring countries like South Sudan and the Democratic Republic of the Congo.  Uganda is also currently battling the debilitating impact of COVID-19. At such a tough time, an […]

Uganda in East Africa is home to over 1.4 million refugees who are part of an influx caused by political and economic instability, war and violence in neighboring countries like South Sudan and the Democratic Republic of the Congo.

Uganda is also currently battling the debilitating impact of COVID-19. At such a tough time, an Indian social organization has found an innovative solution to help the country not just rehabilitate its refugee population, but also improve its ecological health and biodiversity.

Grow-Trees.com (GT),  the home-grown initiative in question, will be planting over 50,000 trees across the country and in the process, also generate livelihood opportunities for the refugees and reduce the pressure on Uganda’s overstretched natural resources. GT’s ally in this mission is USAID (The United States Agency for International Development),  an independent agency of the United States federal government.

Since 2010, GT has been redefining the meaning of Corporate Social Response (CSR) by connecting it to the mission of increasing India’s forest cover, conserving its wildlife habitats and generating employment for local communities.

The organization has already planted over  9 million trees so far with the help of individuals and corporations in India. Having successfully executed a 1 million tree project for a European company, this is the first time that GT is working on a global project with massive humanitarian and ecological ramifications.

Bikrant Tiwary, CEO of Grow-Trees.com, says, “Through this project, we are addressing the issues being faced by over 170,000 people in the refugee settlements in Arua district, 500 km NW of the Ugandan capital  Kampala.  The refugee settlements here are allocated small areas of land where they raise food for themselves and receive some rations. They source their wood fuel, building poles and other needs from the surrounding vegetation. This has steeply increased pressure on the natural environment and it is critical to find ways to meet the demand for natural resources.”

Bikrant informs that the demand for woody vegetation for fuel, building and the clearing of vegetation to create space for newcomers is progressively degrading the semi-arid landscapes of northern Uganda and creating tension between host communities and refugees.

He adds, “Almost 60% of the tree cover has been depleted in and around settlements over the last 2–4 years. The refugees want to give back to the land but lack the capacity to do so. This is where we come in. Our plantation project will help refugees and local communities meet their needs and reduce conflict over natural resources and ease the pressure on the environment. Apart from providing useful produce, the trees will offer shade, fodder as well as  windbreak and protection from violent weather. Plantation activities will also improve soil and vegetation cover in treeless, arid areas and most importantly provide employment.”

The project will also plant trees across large school compounds to shield them from the sun. The kind of trees that will be planted, their location and the community engagement process has been based on extensive research.

Bikrant adds, “This project indicates that our footprint is growing beyond India and that our work now has global resonance. From the time we started in 2010, we have seen just how plantation drives do not just revive ecology but also bio-diversity and the well-being of local communities. Every tree we have planted has in some way contributed to improve  water tables, wildlife and the lives of countless people. In Uganda too, we will do our best to help refugees so that they can be self-sufficient and are able to generate hope, a sense of purpose as well as income.”