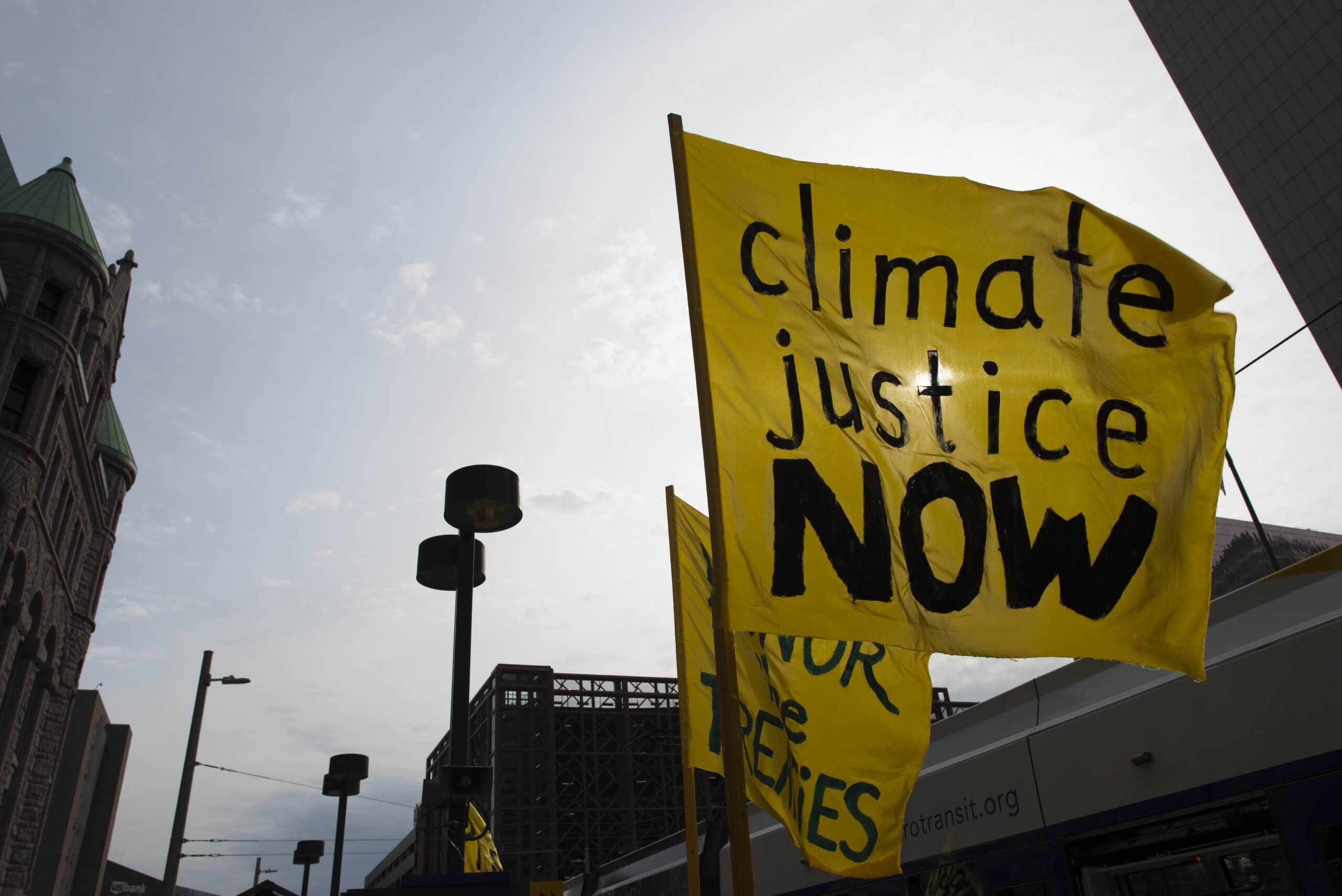 We all know what climate change is and how it affects our planet. But have you ever wondered about the impact of climate change on the most vulnerable and marginalised sections of our society?

What is intersectional environmentalism?

Many of us may be new to intersectional environmentalism. Before coming to the topic, let’s see what intersectional means. The term was coined by Kimberlé Crenshaw in 1989 to explain the non-representation of African American women in the feminist movement and how it only favoured the rights and equality of white, middle-class, cisgender, able-bodied, heterosexual women. In other words, Crenshaw’s idea explained how women from different ethnicities, classes, abilities, sexualities etc. were not represented in feminism. Intersectional environmentalism, a concept influenced by Crenshaw’s idea, was put forward by Leah Thomas, a young black climate activist during the peak of the Black Lives Matter movement (Haddock, 2020).

Intersectional environmentalism is an inclusive form of environmentalism advocating for the protection of all people-especially addressing the marginalized and the planet. In the last few years, we have seen deadly wildfires, climate strikes, and even an outbreak of a pandemic.

The policies adopted “for the people” are in fact, those that seek to generate more profit and expand power. We need to remember that it is not just a section or two that are affected by these policies.

Largely, in the discussion of the impacts of climate change, it is the voice of the privileged sections that is amplified and the voice of minority groups often goes unheard. Let it be issues related to air quality to access to resources, the marginalized communities are surviving by fighting these inequalities.

Why do we need intersectional environmentalism?

While examining the impact of climate change on the marginalised sections, we can understand why our fight for climate justice should be intersectional. In developed countries like the US and the UK, people of colour and Black are the worst affected by natural catastrophes due to climate change.

The relief works are slower and inadequate compared to that of in white community (Haddock, 2020). It’s not just the corporates, but the governments are also profit-driven. The ancestral lands of Indigenous peoples or the aboriginal peoples are captured and exploited in the name of development.

The “developers” often forget the relationship between nature and Indigenous peoples. Due to rising global temperature, areas particularly in the Global South are affected by harsh weather conditions as well as economic instability, political unrest, greater socio-economic inequalities and so forth (Haddock, 2020).

Studies show that compared to men, women are more affected by climate change. Not just from a shortage of natural resources but also gender-based violence (GBV). There is also a lack of data on the impact of natural disasters on women and the LGBTQI+ community.

They are largely excluded from relief efforts and development programs just because they don’t fit into traditional gender norms and family setup (Tabary, 2018). Sometimes they are even discriminated against in emergency shelters.

Like other vulnerable sections, people with disabilities face extreme difficulty in accessing resources during climate emergencies. Limitations in mobility restrict them from getting adequate resources to help them during the crisis.  Ironically, while the richest nations are the most responsible ones for climate change (and the least affected!), it is the vulnerable areas and people on the planet that are the most affected.

Environmental movements are not new tales to India. We have seen movements like the Chipko movement, Narmada Bachao Andolan and recent youth-led movements namely, Save Aarey, #RighttoBreathe Protest along with others. The impact of climate change is no different from the world experiences.

In India, tribes make up 40-50% of the displaced population (Chakravarty, 2020). They are subjected to environmental racism, moreover, excluded from decision making and policy drafting. While people raise their concerns and anger at the government and corporations on climate change, the perspective of Dalits and their relationship to nature is bygone.

While women and Indigenous peoples are pictured in the climate justice movement, Dalits are often underrepresented, sometimes forgotten. Many among the Dalit community still does not own land. The unparalleled change in weather conditions and its impact on agriculture is making them more vulnerable to climate change.