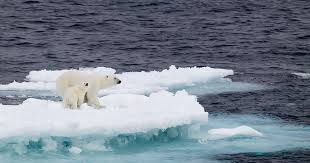 The aggravation of infectious diseases due to climate change

The outbreak of the coronavirus or the Covid-19 pandemic has exposed the brittle nature of the world to us. Economies have collapsed all around the world – rendering millions of people jobless, thereby making their situations significantly tougher. Everyone is on the tip of their toes in anticipation of when a vaccine for Covid-19 would […]

The outbreak of the coronavirus or the Covid-19 pandemic has exposed the brittle nature of the world to us. Economies have collapsed all around the world – rendering millions of people jobless, thereby making their situations significantly tougher.

Everyone is on the tip of their toes in anticipation of when a vaccine for Covid-19 would prove to be successful – a successful vaccine would entail an end to the pandemic, putting a rest to the current state of affairs. But a major problem that has come into play due to climate change is the probability of infectious disease outbreaks increasing in the future.

This means that climate change, along with ruining our environment, may also be the cause of infectious diseases increasing over time. According to the World Health Organisation (WHO), “Infectious diseases are caused by pathogenic microorganisms, such as bacteria, viruses, parasites or fungi; the diseases can be spread, directly or indirectly, from one person to another.”

There have been a plethora of infectious diseases that have wiped out huge populations in the earlier centuries: Cholera, Hantavirus, Spanish Flu, HIV/AIDS, Severe Acute Respiratory Syndrome (SARS), Bubonic
Plague, etc. It is hard to specifically ascertain the extent to which climate change will impact the spread of infectious diseases due to the limited research which exists on this topic, but we do know that climatic conditions affect epidemic diseases, and the way in which they spread.

Climate change will affect different diseases disproportionately – some diseases more so than others. Rising temperatures and differing precipitation patterns are “expected to have a substantial effect on the burden of infectious diseases,” says Emily K. Shuman.

According to her, insect vectors especially are more active and prevalent at higher temperatures; for example diseases like malaria, which is an endemic disease, thrive in warmer and more humid regions. This is not because mosquitoes thrive on hotter temperatures, but because the parasite reproduces significantly faster in hotter regions; for every one-degree increase in temperature, the parasite is slated to increase ten percent more – and according to the Intergovernmental Panel on Climate Change (IPCC), the average temperature across the globe is predicted to increase by 1.5-5.8 degrees.

According to the Centers for Disease Control and Prevention (CDC), malaria is one of the most severe public health problems worldwide, it is the leading cause of death in many countries (affecting poorer countries adversely) around the world. In 2016, malaria was the cause of 216 million infections and approximately 445,000 deaths. Considering how deadly a disease malaria is, and with climate change heavily increasing the cyclones and hurricanes in subtropical countries where temperatures are already crossing the optimal limit, malaria may become an even larger problem in the future – causing millions of more infections, and thousands of more deaths than usual.

Some say that climate change has already had an impact on the transmission of malaria: an example of this could be the introduction of malaria in the highlands of East Africa, where the disease had previously not existed.

A World Health Organisation (WHO) report includes estimates of the future impact of climate change on diseases globally. The report includes estimates on malnutrition, development, and it also states that there will be 10 percent more deaths caused by diarrhoeal disease in younger children than if climate change would not have existed. According to the EcoHealth Alliance, “the link between deforestation and the spread of disease is both clear and scientifically proven.” It is stated that 31 percent of disease outbreaks such as the Zika, Ebola and Nipah viruses are linked to deforestation.

In fact, research undertaken by researchers from the UK and the US has predicted (using a predictive model that reproduced past outbreaks of the disease) that climate change could increase the Ebola rates over the next 50 years. In the worst-case temperature increase scenario, the spillover rate – which is the rate at which viruses transfer from animals to humans – may increase by over 15 percent compared with today; the same could expose the Ebola virus to different parts of Western and Central Africa, and cause a plethora of new deaths as compared to the 11,000 deaths caused by the disease in 2016.

According to a study conducted by Harvard University, air pollution may help viruses become airborne and more deadly. It suggested that the polluted particles in the air helped in increasing the risk of Covid-19, with the air pollution particles acting as vehicles for viral transmission. Scientists have also suggested that these reasons may have caused a 15 percent increase in Covid-19 deaths. The same viral transmission could apply to other airborne diseases as well.

Scientists have uncovered 28 new diseases that were previously unknown to us. In 2016, the corpse of a reindeer that had died 75 years ago was discovered under the ice; it went on to infect 20 people and cause the death of a young boy. We do not know what most of the pathogens being uncovered may contain, or how our bodies might react to them.

This increases the risk of potentially uncovering and spreading a deadly virus from thousands of years ago, which may lead to another outbreak. Another worrying cause for scientists is the matter of disease mutation; when pathogens evolve and adapt according to different weather or climate changes. A John Hopkins University study from January 2020 found that climate change will cause diseases to be heat- tolerant and jeopardise our natural key defences. This is another major cause for concern.

The truth of the matter is that the effects of climate change are irreversible. We can expect some changes in regard to infectious diseases to take place already; thereby causing a plethora of deaths around the world due to something that could be prevented. In order to stop the further, and more disastrous, exacerbation of the spread of infectious diseases to take place, climate change must be stopped as soon as possible. Everyone must act against climate change with the utmost sense of urgency. Governments must enact climate change friendly action plans for the immediate future and reduce the usage of carbon in their countries.

Many countries around the world, the most notable of them being the United States of America, have not taken full responsibility for the role they have played in increase the impact of climate change; they must re-think their place and think of corrective actions. Without all of us putting in the effort to reverse or put an end to the effects of climate change, no amount of money would help us in the future. The movement to advocate for better environmental practices starts with all of us on an individual level.

Written by
Pooja Bommareddy
My name is Pooja Bommareddy and I'm a law student from New Delhi. You can usually find me buried in the deep ends of the internet, reading up on obscure facts about everything ranging from entertainment to the environment. I am deeply passionate about women and child empowerment and tackling climate change. I believe that society's progress is inhibited by our inability to act as a collective unity.
Recommended Articles