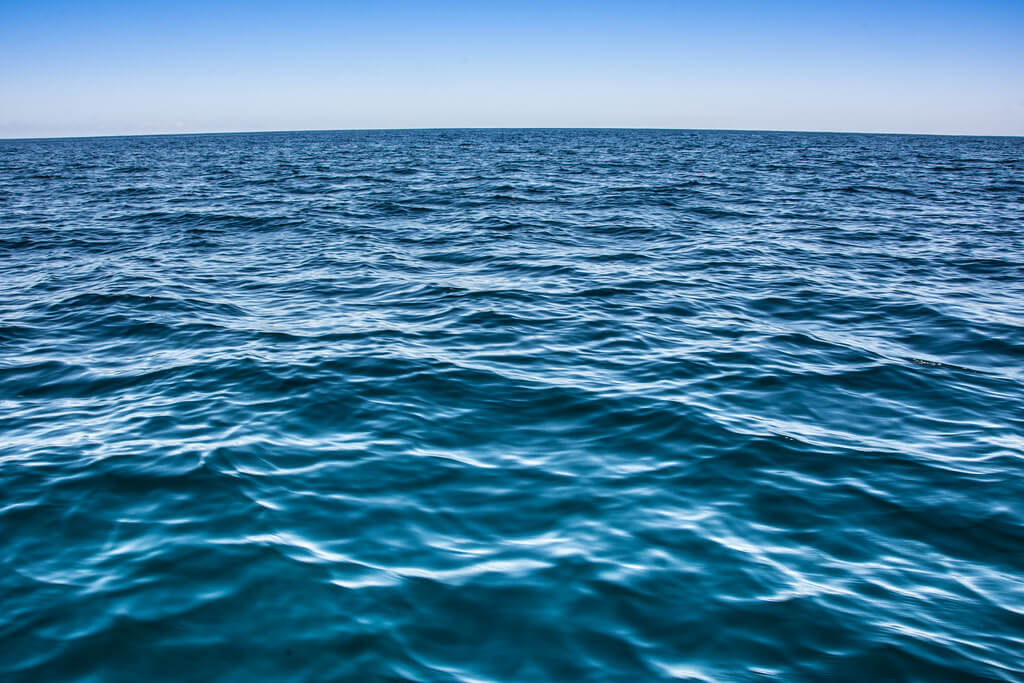 This is how climate change is impacting the ocean
This year brought some bad news on the climate change front: researchers found that ice is melting faster worldwide, and there’s a greater sea-level rise anticipated. The rate of ice loss each year has increased by 60%. A study of the Greenland ice sheet found that there are at least 74 major glaciers that are being severely undercut and weakened.  […]

This year brought some bad news on the climate change front: researchers found that ice is melting faster worldwide, and there’s a greater sea-level rise anticipated. The rate of ice loss each year has increased by 60%. A study of the Greenland ice sheet found that there are at least 74 major glaciers that are being severely undercut and weakened.

These statistics are dire for our oceans and the future of the planet. As glacier ice melts, it changes the chemical makeup of the oceans; and, since the oceans directly regulate the weather, changes to our oceans affect our food supply, air quality, disaster preparedness, and more. How climate change affects the ocean is complicated and touches virtually every aspect of our lives. Here’s a quick overview of the relationship between climate change and oceans, and why it’s imperative that we work to reduce ocean climate change.

There’s no question that climate change has caused sea levels to rise. But, sea-level change has increased dramatically over the last 20 years. Since 1880, the average sea level has risen eight to nine inches; a third of that gain has come in the last two and a half decades. Rising sea levels can be mostly attributed to meltwater from glaciers and ice sheets, as well as the thermal expansion of seawater as it warms.

Climate change and sea level rise are a big deal for coastal communities — and in the US, nearly 40% of the population lives in high population-density coastal areas. Around the world, eight of the 10 largest cities are near a coast. This puts a huge percentage of our population at risk for flooding, shoreline erosion, and storm hazards. Our infrastructure — roads, bridges, subways, power plants, water supplies, and more — are all at risk from sea level rise.

This reduces crop yields and the availability of safe drinking water. It also increases the risk of hypertension, as well as vectorborne and diarrheal disease,” said one joint report by the Public Health Institute and the Center for Climate Change and Health.

Finally, climate change and sea level rise will threaten wildlife populations and coastal ecosystems. Trees growing near the coast will struggle to find enough freshwater to grow; even those further inland won’t be able to survive repeated flooding by salty seawater. Wildlife populations that make their home along the coast will struggle to adapt to erosion, flooding, and changes in plant life. Sea birds and sea turtles that make their nests on the shoreline won’t be able to reproduce and will face extinction.

The on-shore effects of climate change are just one side of the story. The chemical make-up and temperature of the ocean is also changing.

Climate change is causing increased rates of ocean acidification. Ocean acidification is a process by which the pH of the ocean is reduced over an extended period of time, making the ocean more acidic. This is primarily caused by an increase of carbon dioxide in the atmosphere.

“The ocean absorbs about 30 percent of the CO2 that is released in the atmosphere, and as levels of atmospheric CO2 increase, so do the levels in the ocean,” explained NOAA. “When CO2 is absorbed by seawater, a series of chemical reactions occur resulting in the increased concentration of hydrogen ions. This increase causes the seawater to become more acidic and causes carbonate ions to be relatively less abundant.”

As we emit more CO2, the ocean becomes more and more acidic. The pH has dropped by 26% over the last century (to become more acidic). What does this mean for climate change and the planet?

Through Sofar Ocean’s partnership with Aqualink, research teams are able to take advantage of the world’s largest real-time ocean data platform to visualize temperature and other data from coral reef sites around the world. By aggregating data and providing greater transparency to sensor and model data, researchers are able to pinpoint with greater accuracy where ocean acidification and climate change are taking their toll.

It’s not just marine ecosystems that are struggling due to ocean acidification. Warming ocean temperatures are bad for the fishing industry, too. Warmer oceans lead to toxic algal blooms. “Toxic algae produce domoic acid, a dangerous neurotoxin, that builds up in the bodies of shellfish, posing a risk to human health. As a result, many West Coast fisheries have been forced to shut down,” wrote the Union of Concerned Scientists.

Some scientists have linked ocean acidification to atmospheric warming — bringing us to the third impact of ocean climate change.

Ocean circulation and the climate

Ocean circulation regulates the temperature of our planet. It works like a giant “conveyor belt” to bring heat from the Equator to the higher latitudes. “As warm water from the tropics flows toward the poles in wind-driven currents near the surface, it cools, becoming denser and heavier, and eventually sinks. It then begins flowing back toward the equator in a slow journey deep in the ocean,” explained Inside Climate News.

Critically, the Atlantic Ocean’s circulation has slowed by about 15% since the middle of the last century. Weaker currents are at the root of a host of problems: increased rates of ocean acidification, higher sea levels, more extreme temperatures (hotter summers and colder winters), coastal ice jams that impede marine shipping routes, and the collapse of certain aquaculture operations.

The stats on ocean climate change are alarming. We know it’s time to lower our carbon footprint — an effort that starts with better data and more affordable technology to increase the breadth and depth of data collected.

(This article originally appeared on sofarocean.com.)