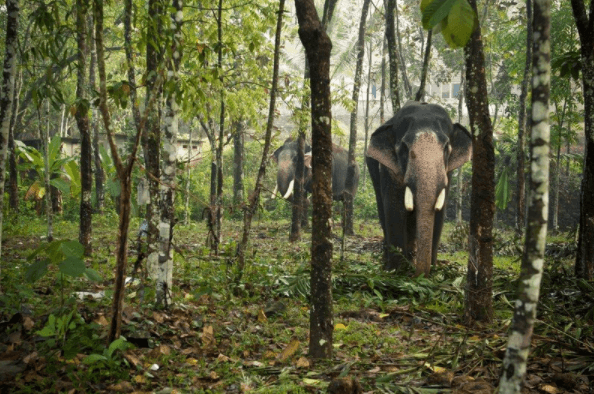 Why is ‘Environment Protection’ necessary?
We have been studying Environmental Science since the fourth standard so we all are well versed with the term “environment” and the importance of its preservation. But we fail to understand that still why is it so difficult for humankind to work for its preservation. It has been very difficult to figure out why it […]

We have been studying Environmental Science since the fourth standard so we all are well versed with the term “environment” and the importance of its preservation. But we fail to understand that still why is it so difficult for humankind to work for its preservation.

It has been very difficult to figure out why it has become a challenging task to establish the fact that a country can never become developed by exploiting its natural resources. There have been immense organizations who have been working all across the globe to preserve nature.

Disturbance to the ecosystem will be a path towards destruction

Every trade registered under the World Trade Organization has an agenda which strictly binds any country trading in another country for not exploiting its natural resources. But what about the country who is continuously exploiting its own natural resources with the only aim of getting developed who is responsible to question under their sovereignty.

Any disturbance to the ecosystem daily is not leading to growth but every step is retardation which will be only paving its path towards destruction.

“Environment Protection” means the preservation of the ecosystem from the unwanted changes which are coined under the terminology of “development”. The best example to suit this definition is “Deforestation in Aarey Colony”. Deforestation was done for development that was for the construction of Mumbai metro shed but why this development created so much chaos between the citizens and the government.

It was a very difficult situation to protest during heavy rain and the continuous detention of citizens. In spite of this, we saw children of Primary School protesting because the concern was that the deforestation area was the “treasury green patch”.

If so that green patch is deforested then excess water directed to Mithi River during rainfall will result in flooding the international airport. Hence, numerous voices were being raised along with the filing of the petition.

There have been many more as such exploitation which has harmed the environment noticeable through climatic changes. It is not the problem of one country or the other but it’s an important issue all around the globe.

Why are forest fires said to be the worst than ever before?

Irresponsible behavior of humans is leading to the calling of natural disasters over them. The coldest place, Serbia and the wettest place, Amazon on earth was on fire for months. When we bring our discussion to industries then their role has been recorded as to be the most vital of all.

Taking into consideration the matter of Indonesia known as the home to the oldest tropical forest also got caught in the South East Asia haze. The problem accelerated from recent years when the land was cleared off for palm oil trading. I would like to raise my question about the “World Trade Organization” and “New International Economic Organizations” towards the range of covering their agenda of protectionism towards the environmental cause of trade.

Is this agenda only limited to the hegemony of Multinational National Cooperation and to exploitation by foreigners? Why does the ambit of this agenda fall so short that it is not able to cover the need for protectionism towards its own nations?

When the consequences of exploitation can be measured then why is it that economy becomes more important than lives. United Nations Environment Programme (UNEP) results to be inefficient in performing as there have been worst cases happening here and there but no solution can be addressed by the organization. The forest fire in Uttrakhand, 2016 confirmed by environmentalists also gave the reasons for warmer temperature and lower humidity that is the rapid climatic change.

Loopholes can be fixed by proper functioning

I agree that the government and different organizations have been working towards the wellness of the environment. Many plans and activities have been implemented but no one has been appointed to be acting as a check and balance system. Just like banning plastic bags, the program has been implemented but with a loophole in the execution of the matter. There are still small scale industries working for the manufacture of polythene bags.

These loopholes can be fixed by the proper functioning of the execution system. We also need to understand that it’s not only about the government or my organization working towards it. It should be the efforts of each one of us then only any remarkable change can be marked.

Why to only have theoretical knowledge of Environmental Studies in schools why that cannot be practiced in practical. If everyone plants a sapling twice a year then it would be double of India’s population. India being the second most populated country can plant saplings providing them the oxygen for survival. Every nation should look forward to certain plans for environment healing as destruction seems no far.

It has been discovered during the coronavirus pandemic that this pandemic has helped a lot in healing the natural existence of the world. Now what resumes after here is that as there had been an improvement in the air quality after ages we need to just go on with this record and instead of exploiting it back, we must work under effective measures by healing it more.

Environment protection is every citizens’ responsibility

Every citizen should work towards the improvement as their own burden of responsibility and not just because they have to pay a fine for keeping their own area clean. India is an agricultural-based country that will be suffering more as today also fifty percent of India's population is engaged in agriculture.

India's command over exports is more of an agriculture. Indians produce not only for trading purposes but also for their own survival. We have been recently noticing the uneven change f climate which has been affecting the crops. Most of the agricultural goods are perishable goods and the climatic change can also affect their storage.

Even the burning forests which can be helped for paper production or for furniture are burning and destroying wildlife along with it. Human psychology should understand that raw and primary materials can only lead to a developed nation. A nation can never be said to be developed by exploiting its own resources as in the long run it will be hampering the foreign trade ultimately leading to an imbalance of Balance of Payment.

(Awantika is a 1st-year law learner from Lloyd Law College, Greater Noida. She has been actively working with NGOs like Asha Akanksha Foundation and Yuva Utkal Foundation. She has a very keen interest towards environment. She looks forward to being an active social worker as she has visited slum areas to educate them about sanitation and hygiene.)