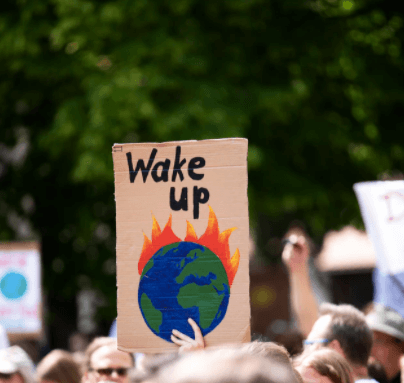 In this dynamic world where everyone gains or losses from convincing one another, communication becomes a key aspect that influences the purpose of agreeing or disagreeing. Too many words? For example, when COVID first came to our place and, we all went into a lockdown for a few months. Did the majority of us rebel immediately? Did we all go on a strike? Spread messages on social media on why the governments are restricting us in our houses? Overnight the city was shut.

No questions were asked, and the majority just followed. Why did we do this? Weren’t most of you scared COVID could have killed you? Weren’t you primarily worried about surviving and the fear of it spread rapidly?

Here is another example, during the Diwali festival. Annually few organizations or people spread awareness about not bursting crackers because it affects the planet resulting in unpredictable climate patterns. Would the majority of you care in the usual time? Even with so much awareness about what will happen, we see people bursting the crackers as usual. The Air quality gets worse, the media hosts discussions about it, and many of them ignore the future implications of the present actions. On the brighter side, the number of people understanding the situation and changing their attitudes is increasing.

From the examples, we do see a drastic change in the responses to both the problems, and we can identify the difference in the behavior of the people to two global problems. What’s most interesting to me is why did the people behave in this way? Both are severe problems, and both impact our survival, but what is the difference? I think it is: The time it takes to impact the people and how the situation is conveyed, as well as perceived.

Coronavirus is something that has had an immediate impact on everyone’s lives. The fear that there isn’t a vaccine available and the uncertainty it created in the initial days everyone followed and stayed home. The government, many organizations, and the media conveyed the problem to everyone that it is going to spread amongst everyone immediately, and there is no cure to it.

The fact that it can impact everyone “immediately” can be one of the primary reasons everyone stayed home and acted safely. The method of communication and the way it’s conveyed played a role as well. Although it created some confusion and panic, the awareness was quick and effective given the situation.

The way it communicated mattered cause it was having an immediate impact on their lives and their livelihood. The WHO (World Health Organization), governments, and healthcare sector projected or moreover presented the severity of the virus at maximum. The authorities have been alerted to the highest level possible and, the people cooperated with them equally to stop the spread and stay safe.

The role of the governments was crucial as they were active and strict, dedicated to controlling the situation.  Can we say people were selfish about their health and survival?  Saving their lives and livelihood as it was getting disrupted “immediately” made everyone react in that manner? The strict government policies and actions also created fear amongst a certain group of people to stay home?

Climate change and environmental problems have an impact occasionally or in the long run. The city is going to get flooded in the future; the air pollution will be inevitable, and you cannot breathe fresh air in 10 more years. The nature of this problem is such a way that it has occasionally shown its impacts across the world and will be disastrous in about 40-50 years.

Therefore, every organization and government set ‘realistic’ goals in order to reduce the impact. Everyone sounds futuristic and optimistic, but the reality is that the majority are not selfless about doing something for the environment. Protecting the environment is often not everyone’s priority, including many governments. The way it’s showcased to the general population doesn’t motivate them or bother them enough to take action.

Environmentalists who are selfless about bringing change, communicate to the public to act selflessly. But most of the population are selfish as they have other priorities and cannot afford to do something about the environment. It is the harsh reality, and I don’t blame anyone for this. Likewise, when the government policies and actions also don’t reflect in bringing change, the common population are not incentivized or scared to act sustainably.

Contrast with how strictly governments is with other problems and effectively controlling complex situations immediately. I agree that governments can’t be blamed alone but, they are one of the best catalysts present to reduce the impact which we started to experience in recent times.  What if governments banned the sources of pollution for a decade? What if people stopped buying products that impacted nature? What if we followed simple ways or used new-age technologies that would put us on a sustainable path?

The messaging or what is conveyed to everyone has been ineffective across the world: “Save the planet! Protect the forest! Plant more trees for the future! Let your future generations have better air quality!” Often, global warming and Climate change do not scare everyone, but if we called it ‘Climate Cancer or Climate virus?’ What if we convey this message in a way that bothers even the selfish ones?

If we said: What if the price of petrol is rising because you aren’t acting sustainably? What if you’re getting ill because you continue to pollute the air? The reason you are getting inorganic and unhealthy fruits or vegetables is because of your lack of effort. What if the environment will continue to survive, but you will die because the conditions get worse? I failed to understand why we conveyed the message wrong. Isn’t it the humans who will die eventually?

After the last Ice age Dinosaurs died, but the environment healed itself and continued. Shouldn’t the messaging be that humans are going to get extinct if we don’t act now? The conditions for a living are going to get extreme, and we may not be able to grow food, or have safe water or face unpredictable extreme weathers. I think it should be “Save the Human Race!” not “Save the Planet!”

World leaders and organizations talk about having access to safe drinking water, eating healthy food, and developing the livelihood of the whole population. But wouldn’t this become easier if we fix the environment rather than destroying it for the sake of development? In the recent past, this is one of the major realizations I have had trying to understand why people failed to respond or act whenever I tried to highlight a problem.

Coronavirus has changed our lives completely, and this could be the best time to change into a new way that will help us act sustainably. We can’t change people’s perceptions unless we change how we communicate the problem. We can’t ask the selfish to act selflessly but convey about this problem in the way they will respond positively as well.