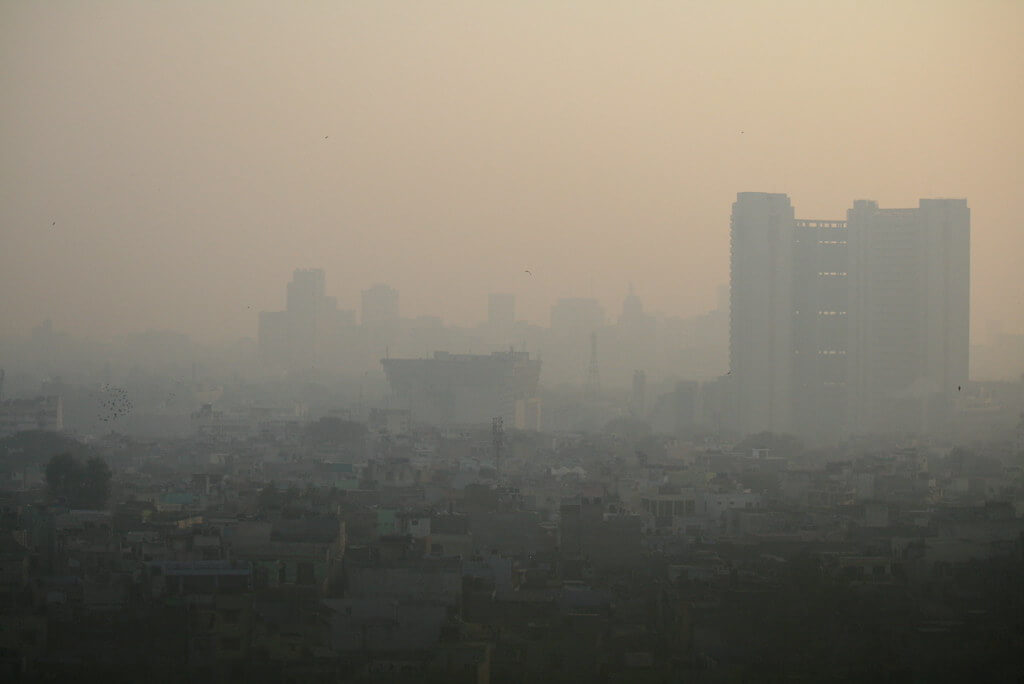 How air pollution is affecting the nature

When the dawn breaks forth, the sunrise ushers in a new hope that triggers the cycle of existence of living beings on the living planet, Earth. The clucking of hen, the chirrup of birds, the squeaking of chipmunks, the sighting of dewdrops, the blossoming of flowers, and ultimately the rush of people towards their work […]

When the dawn breaks forth, the sunrise ushers in a new hope that triggers the cycle of existence of living beings on the living planet, Earth. The clucking of hen, the chirrup of birds, the squeaking of chipmunks, the sighting of dewdrops, the blossoming of flowers, and ultimately the rush of people towards their work lands; the scenario has by and large been the same since past many decades.

Of all the things that might have remained constant, the contrary to the above lines is the absence of natural resources that have declined with the flying passage of time. Today, the world is surrounded by abundant employment jobs but very often, it forgets the state of the environment by which its functioning is being made possible.

The world seems blurry today; not only in the physical aspect but also in the way it ignores the degree of pollution it causes to Mother Nature. Pollution in today’s date has become a derogatory word indeed! It’s quite truly quoted that “Time is the wisest counselor of all.” It has changed the perspective of each of us towards the word “pollution”; this word had a journey from being a minor issue to being the most debated and major issue of the world.

Of all the causes of pollution, air pollution covers the highest percentage on the list in Punjab. Have you ever sat across the side-shore of a lake? Or ever seen the reflection of huge canopies in the water? These must have been of the times when each of us would have been a little younger than what we see ourselves today. Indeed, the surroundings around us have changed their pattern.

Air pollution is somewhat a recent phenomenon that has come into debates and talk-shows lately. It is like a fishing net in which we humans are trapping our own selves. Air pollution is creating a place where clouds don’t shower rain, but meteorites; air pollution has become a monster today that is destroying the elegant beauty of nature through its bad excretions. Gases such as NO2 (Nitrogen Dioxide), CO2 (Carbon dioxide) and VOC’s (Volatile Organic Compounds) are the major causes of spreading air pollution.

VOCs include gases such as methane (CH4), hydrocarbons, chlorofluorocarbons, etc. All of these gasoline occupies a first place in the catalogs of greenhouse gases. These expulsions are not only giving a shabby look to the people who are causing it but also to the surroundings around them which are getting tangled up in the black shadow of air pollution. Air pollution is like a continuous mobile rock, if not controlled at the earliest, will contract the population within it and if checked properly, will help expand the population inside out.

While gazing up into the sky during the day, few Tyndall effects are seen, which was earlier the most common spots of flashing nature’s beauty; the clouds which showed white hue now frequently colours grey; the night sky is now carrying few stars, which was once called the shining sky. Air pollution has hindered the charming nature by hiding the environment behind itself.

It can now be said that pollution has preceded nature. Ambient (outdoor) air quality affects public health both directly and indirectly, and it also affects natural and manmade resources. Direct health effects relate to the impacts of air pollution on the lungs, eyes, and other sensitive organs. Indirect health effects can occur in several ways, such as mercury contamination of streams resulting in contaminated fish, or dry deposition on surfaces that they come in contact with people, ultimately contaminating food chains and abusing nature’s cycle of living.

Air pollutants damage the natural environment through impacts such as acid rain, nitrogen oxide deposition in estuaries, and deposition of toxic materials. Buildings, vehicles, and other built materials can be damaged by corrosive air pollutants. But, can there be a solution to the overriding problem that is choking us all day by day? Can the people realize how much they have done wrong to the resources provided to them?

As it is said, “The early bird catches the worm”, so are the people who are literate enough to understand the crisis of depleting nature will focus on the need of being productive in a way that does not hinder the natural resources. It is always better to be early than being late and actions must always have a place greater than words alone in the life of 21st-century people.

If the people of today are wise, they will follow the steps that can control the ever-rising level of air pollution around them. Breathing is essential, and air quality is a fundamental aspect of sustainability. Sustainability is the main propaganda that needs to be taken along with productivity at the foreground.

The need of the hour is to hear the silent yet high calls of nature and respond it back in a way that is assertive. If air pollution is not controlled at an early, though at the most alarming stage, one must not forget that the tales of the beauty of nature will become fables to each of us, and living lifestyles would become worse than ever. Having green thoughts and making green is the new subject targeting the environment today. Reflections of pollution stories must reach the larger public so as to make awareness and spread a greener message to everyone who reads this!