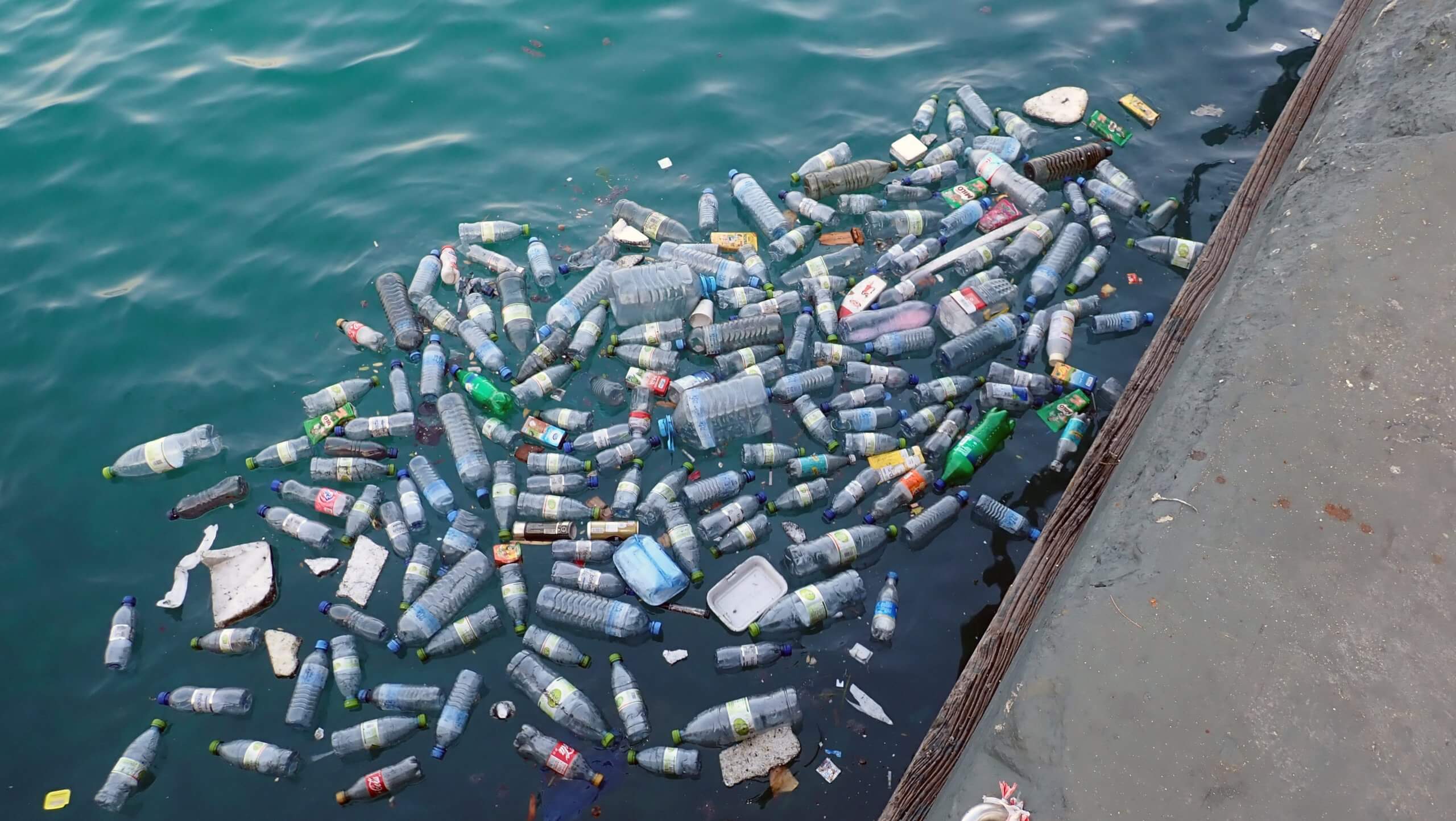 India’s ‘plastic’ problem: Is it evolving?

With 2022 being the official deadline for a single use plastic free India, do you think we’re in too deep? Read on to find out, What reasons account for the poor performance of anti-plastic regulations? What challenges does phasing out of the plastic pose? How are other countries countering plastic crises? Are effective alternatives present?

It’s been more than a year since the government ambitiously announced in October 2019 that India would phase out Single-Use Plastics by 2022. Presently, in 18 Indian states & union territories, some types of single-use-plastic (SUPs) are entirely or partially banned, with heavy penalties for those found to violate such laws.

Regardless of this strict legal configuration, at state and local levels, there has been dismal progress. What reasons account for the poor performance of anti-plastic regulations? What challenges does phasing out of the plastic pose? How are other countries countering plastic crises? Are effective alternatives present?

Novel coronavirus pandemic has not just been a bumpy speed-breaker for the enforcement of anti-plastic regulations but has even relegated the progress made across the globe. Along with the virus, single-use face masks, plastic gloves & PPEs have also crept into our lives. Biomedical litter is now a common sight. Dealing with this surge in single-use-plastics was not something the governments of the time knew, mostly when public health was of immediate importance.

Hence, the governments started to relax the existing anti-plastic restrictions to ensure a smooth supply of protective equipment. However, with coronavirus now becoming a normal part of life coupled with the approval given to many vaccine candidates, we must urgently revisit the ‘plastic mess’.

It’s not just India that wishes to eliminate single-use plastics shortly, but many other countries are heavily invested in touching the zero SUP waste targets. For Instance, take China, which, until 2017, used to be the world’s largest importer of plastic waste, has now announced to ban single-use plastic bags by 2022 and other related items by 2025.

Since then, the pressure has shifted to south Asian countries like Malaysia, Thailand, Vietnam, Indonesia, Myanmar, and India. Countries in the West are struggling with their waste management, and it is only a matter of some time that their international dumping grounds in the global south would close their doors.

As per the World Bank, 93% of global plastic waste is dumped into poor-income countries. Recently, many poor and developing countries have pushed back the waste imports to the land of their origin, creating a commotion in the West.  To get rid of plastic waste, which is nearly ubiquitous & perennial, merely shifting it from one place to another won’t help. It hits back.

Plastics are cheap, convenient, easy to transport, almost indestructible and readily available. Within a few decades, they have now replaced nearly everything. Once symbolic of modernity, plastics today pose a dire threat to our ecological systems. With excessive plastic waste generation, out of which only 9% is recycled globally and 12% incinerated, our oceans & landfills are managing hard to tolerate the burden of the rest 79%.

Not all plastics are problematic in themselves, but how they are used. In some instances, some plastics can prove to be more eco-friendly than their near alternatives if used, re-used & recycled responsibly. However, there are three issues specifically which make this complicated.

Firstly, the existing technologies with the help of which plastic waste is recycled are not cost-effective and are often operated without technical know-how, which leads to unsound recycling practices.

Secondly, not all types of plastics can be recycled. Hence, even when we develop technologies that successfully recycle plastic waste, we would still be left with overwhelming quantities of non-recyclable items, which as per popular estimates, constitute the central part of the landfills’ plastic waste proportion.

Thirdly, recycling is not an ultimate panacea. A virgin plastic can only be recycled 2-3 times post, which it loses its properties and turns out to be more harmful for the environment. As wretched as it sounds, it is almost impossible to manage entire plastic waste through recycling.

If not recycling, why not generate energy out of waste? At least 11 states and union territories in India are currently sending their non-recyclable plastic waste to kilns, cement plants, and energy production units, where it is co-processed.

Co-processing means that waste materials are used as alternative fuels or raw materials to recover energy or resources, which will reduce the use of conventional fuels or raw materials. However, as noted by the Central Pollution Control Board, India, the burning of plastics generates toxic emissions which are harmful & polluting.

The Plastic Waste Management (Amendment) Rules 2018 lays down various procedures while managing plastic waste. Under its broad scope, the local bodies, the gram panchayats, the producers, the manufacturers, the street vendors, the retailers, and the civic bodies are responsible for effective implementation of rules.

Under these rules, plastic bags of less than 50 microns of thickness are banned for manufacture, production, sale and use. All the bags made from recycled plastic must be labelled with the appropriate ‘Recycled’ code. The rules also provide for ‘Extended Producers Responsibility’ wherein the producers need to establish a system for collecting back the plastic waste generated due to their products.

Manufacture and use of multi-layered plastic which is non-recyclable or non-energy recoverable or with no alternate use, if any, should be phased out in two years starting from 2018. Despite all such provisions, the on-ground situation is not particularly praiseworthy.

If we wish to phase out single use plastic in the coming year, the government must clarify the term itself. Single-Use Plastic has not been defined in the PWM Rules. The government uses different legal definitions to describe SUPs. Such legal lacunas are often used to escape penalties and invalidate the progress made. Strict implementation of existing laws and executive bans is also the need of the hour.

The annual reports furnished by the CPCB ( 2018-2019 ) out of 5857 plastic manufacturing/ recycling units, 4337 are registered, and 1084 companies are running unregistered. Moreover, the decision to ban single-use plastic has been left with the discretion of respective state governments, and no such policy has been taken on a national level up-till now.

What is more concerning are the socio-economic impacts of the Single-Use-Plastic ban. In 2019, India’s plastic industry generated a total of Rs 3.5 Lakh crore revenue while generating livelihoods for lakhs of workers engaged in the industry. Even on the Single-Use-Plastic manufacturing units, which roughly constitutes around 10% of the entire industry, a ban would mean the loss of thousands of jobs, adding to India’s already soaring unemployment rate.

Leading from the grassroots

Plastic is addictive. Our dependency on the plastic makes it seem almost impossible to do away with it. As per the Federation of Indian Chambers of Commerce & Industry, India’s per capita plastic use is projected to rise to 20 Kgs by 2022 compared with the 11 Kgs in 2014-15.

However, it must be noted that most of the countries in the global south generate far less per capita plastic waste as compared to their northern counterparts. For Instance, an average American produces 34 times more plastic waste in a year than an average Indian. The story is similar to many other countries in Southeast Asia and Africa when compared to the West. Such countries can and must come forward to lead the world towards sustainability.

A 2019 survey titled “A Throwaway World – The challenge of plastic packaging and waste” indicates that at least 71% of people worldwide want a strict ban on SUPs as soon as possible. Hence in the world where most people are eager to switch away from single-use plastic, young people in the global south, specifically India, having the potential and force, must lead our world towards a sustainable tomorrow.

The transition from plastic to sustainable alternatives would require cognitive awareness and behavioral change in people. The youth should take up this responsibility and manifest it through community organizing, volunteerism, innovative entrepreneurship & international capacity building, exchanging knowledge & resources with our global neighbors. This time the rise must be from the grassroots.

The Race For Alternatives

Banning plastic even before placing a feasible alternative in place can lead to economic ruckus causing great difficulty to our people. Natural fibers, plant-based polymers, fungi & algae-based polymers, etc, are some of the most viable alternatives to plastic. With better research funding in India and worldwide, young entrepreneurs are coming up with breakthrough solutions to reduce our over-dependence on plastic products.

From bamboo brushes to environmentally conscious clothing, things are slowly changing. However, the biggest challenge is to make such alternative technologies cheaper and readily available. It must also be noted that almost every alternative to plastic has its vulnerabilities and are not necessarily carbon neutral.

However, this does not indicate that plastic must not be switched. In a world where annually, over 100 million marine animals die because of plastic waste, around 1 million humans die because of ill-managed waste and related accidents, plastic is not a favorable policy.

By the time you’ll finish reading this article, approximately 4 million plastic bottles would have been bought by people worldwide, around 2800 metric tonnes of plastic would have been produced, and about 50 metric tonnes of plastic waste would have been dumped in our oceans. Plastic is a multidimensional problem and cannot be dealt in isolation. Post pandemic world provides us with an opportunity to realign our policies and lifestyles. It’s time we all come together and move forward to a plastic free future.

Written by
Dev Nagar
Dev Nagar is the co-founder & lead at Svadhyaya Youth Organisation based in New Delhi. He is also associated as a Global Youth Mentor with Plastic Tides, an international non-profit based in California, US, where he works towards the eradication of single-use plastics to help our land & oceans rejuvenate
Recommended Articles