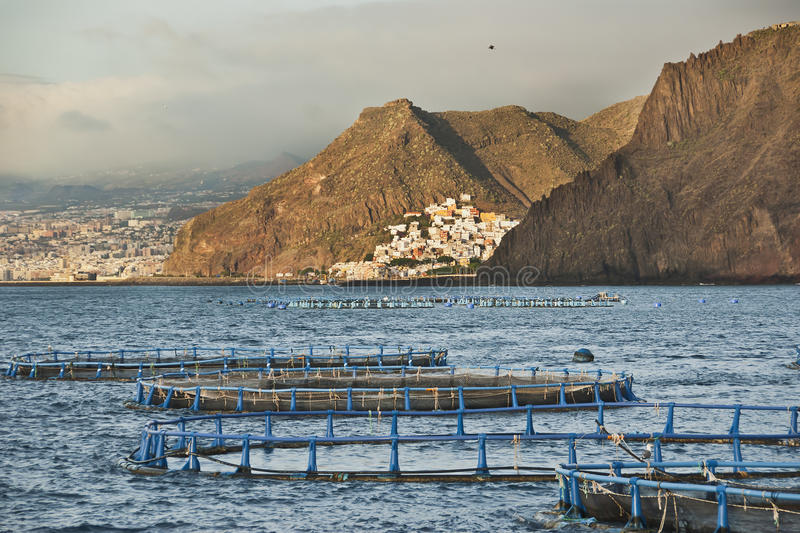 A revolution in agriculture: Ocean farming
Ocean Farming is one of the unconventional farming methods that can be used to do both; cultivate food and aid in mitigating climate change. Currently, only 3% of the globe’s surface area is used for crop production to fulfill the world’s food demand. Looking at the rate of population growth, it would be challenging to […]

Ocean Farming is one of the unconventional farming methods that can be used to do both; cultivate food and aid in mitigating climate change. Currently, only 3% of the globe's surface area is used for crop production to fulfill the world's food demand. Looking at the rate of population growth, it would be challenging to meet future generations' needs.

The traditional method of Farming is resource-intensive and requires a lot of water, fertilizers, and pesticides. Moreover, it puts a lot of pressure on the land (by exposing it to harsh chemicals), which eventually degrades the soil's quality. About 70% of our planet is covered by water, and oceans absorb a significant part of our humans' carbon emissions. Nitrogen from fertilizers often ends up in these oceans, which has a hazardous impact on aquatic life.

Ocean Farming helps tackle several problems that we face in Land-based Farming and helps rebuild the marine ecosystem. Here are a few examples of food production in the ocean or underwater:

1.Seaweed farming: Seaweed demands are rapidly increasing due to their usage in multiple industries like food, fertilizers, animal feed, and bioplastics. When added to the cattle's feed, a small amount of seaweed(a red algal species) can reduce the methane emission from their digestive process(mainly through burps) by 98%.

GreenWave, a non-profit organization, has developed a model known as 3D-Ocean Farming, where a vertical column of the ocean is used to grow food like seaweeds, mussels, oysters, and clamps. It is a polyculture farming system that has storm surge protection. A food production technique that requires no inputs and enhances the quality of marine life. Isn't it a great way to fight climate change?

2. Rice Farming in the Ocean: Yes, you heard it right. Agrisea, the Ocean Agriculture company, designed and developed a technique to grow rice in saltwater. They found that the Rice plant has genes similar to the mangroves and seagrasses, which are salt tolerant.

With the help of technology, they made the rice plant adaptable to the ocean's saltwater. (They designed a way to activate the dormant genes in the Rice plant, which makes it adaptable to the saltwater of the sea.)Their technology does not disturb the protein's structure, so the product is entirely natural.

The biosphere provides a suitable environment for plants to grow. Research is in progress to find out what kind of vegetables are more suited to thrive underwater.

So, why underwater, why not on land?

Technology and innovation have transformed the way we grow and consume our food, and we’re left with a single question plaguing our minds. Why use land when you can do it underwater?