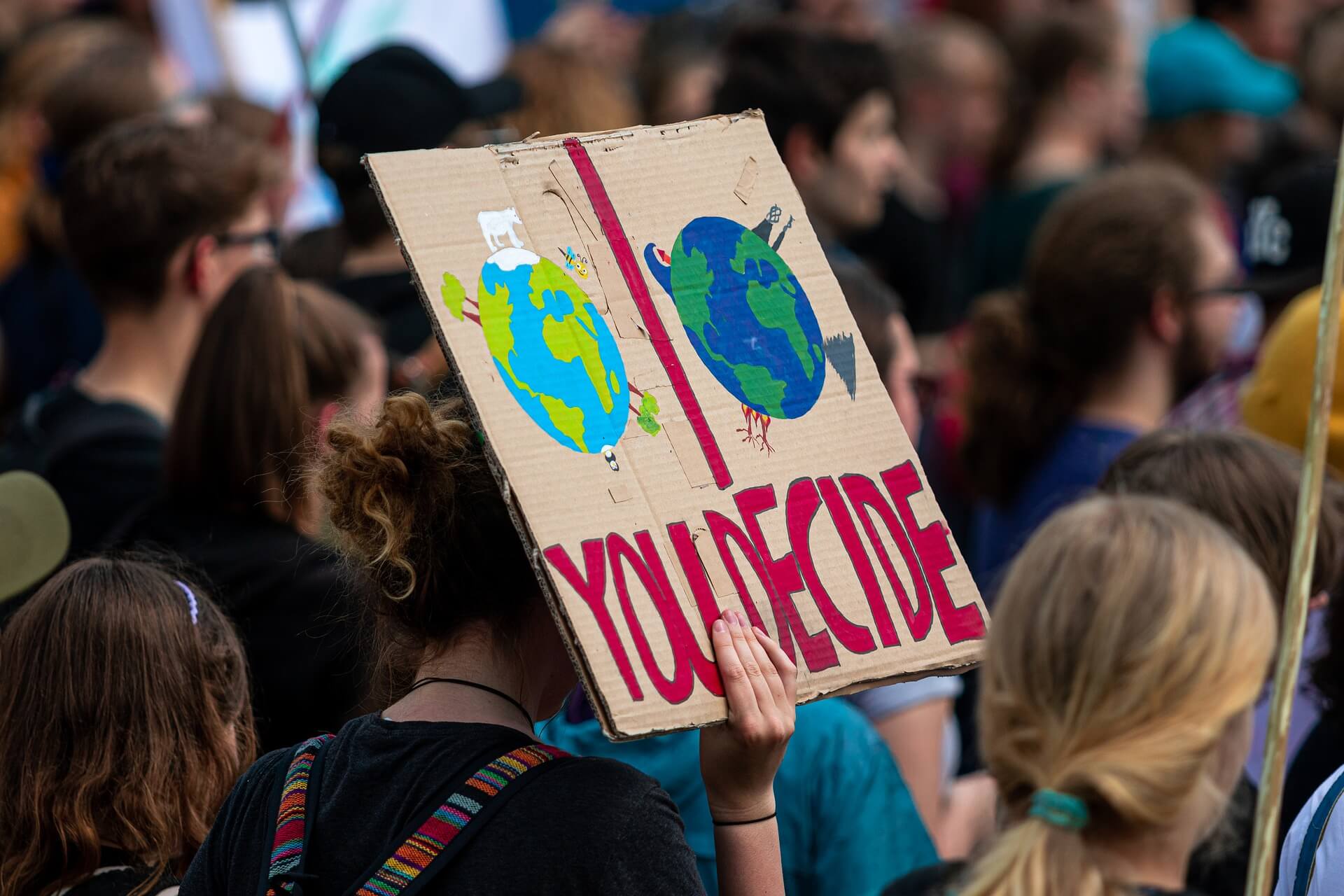 How climate strikes can be more effective

New generation thoughts are written colorfully on an old cardboard piece. Modern generation students are on the streets, restaging old approaches to bring change. Evolving support and attention on climate action revolving around the planet every Friday. It all started on a Friday in Switzerland when Greta Thunberg raised her voice in front of the […]

New generation thoughts are written colorfully on an old cardboard piece. Modern generation students are on the streets, restaging old approaches to bring change. Evolving support and attention on climate action revolving around the planet every Friday.

It all started on a Friday in Switzerland when Greta Thunberg raised her voice in front of the parliament by skipping school. Till that moment, Climate change and conferences majorly involved Generation Y or X. But Fridays For Future was the next generation movement that mobilized teenagers and sensitized the rest about climate action.

Last September, during the week of Global Climate Strikes, I attended the one in my city, Hyderabad. About 300-400 students across classes gathered at the Hussian Sagar lake. That number and the efforts students kept for their placards surprised me.

It was drizzling; students were performing; a few ideas been sharing; the whole crowd was shouting. The ambiance was very chaotic and, the vibes were ecstatic, which got me thinking about the kind of young potential there is in my city. About 4 million were on the streets at the same time across the world with a clear call to address the climate crisis. I was elated that day after meeting so many students willing to do something about the environment and felt proud that I had been able to mobilize at least a few students in my school.

I had firmly believed in the idea and was confident about the change it can bring because people across the world were united. I was hoping for some discussion with passionate people on how to address a few problems in my city. It has been 350 days since the last Global Climate Strike or any strike in Hyderabad for the climate crisis.

There was no change or action. No communication made as promised nor held a common platform to discuss. I slowly lost hope. I had no confidence in the movement anymore. Although, I gained some sense as to why any strike makes noise but hardly any sense. (They could be a few FridaysForFuture groups in different places working with other organisations that are proactive or in taking action)

The question I would like to ask is: What are we gaining from climate strikes and also teaching my generation or the younger ones? Strikes are essential or helpful up to highlighting an issue but, will this help us solve the actual problem?

The messaging about the strikes and the attitudes we are provoking in young minds about how to address a problem does bother me. Encouraging students to meet and to evoke the sense of being environmental warriors on one day in a year would not bring substantial change in their attitudes towards the environment nor help in taking action on a micro-level.

Engaging students or talking on different platforms myself about various environmental agendas, I realized that independent organizations have been more proactive and effective in taking action.  The climate strikes have probably gained popularity but cannot bring actual change.

They have been essential in portraying the problem and highlighting the need to take action. However, they have been ineffective in utilizing the student’s potential to take action. Students should be engaged in a positive way to build compassion towards the environment rather than the mindset of blaming another stakeholder or strike on roads. Next time we should rethink joining a strike but not taking action on environmental problems.