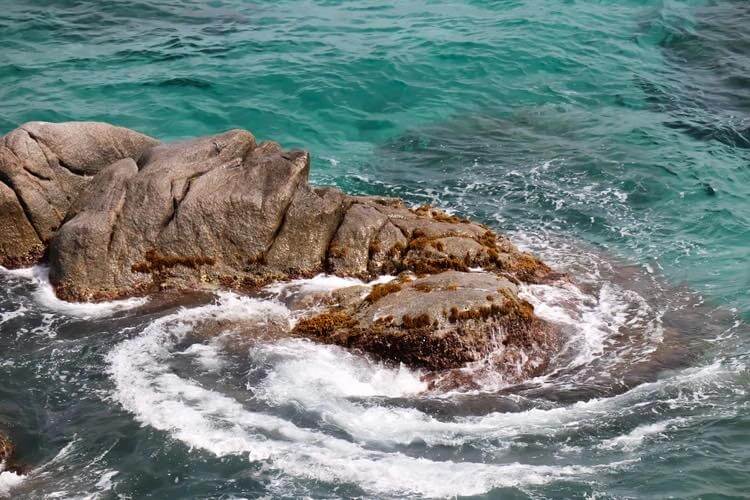 Many studies have shown how climate change is wreaking havoc on our oceans (and world). Warming sea temperatures, more powerful storms, rising sea levels are all quickly becoming a reality.  This year, ocean currents have been the focus of numerous studies. And, unfortunately, research is showing that key ocean current systems like the Gulf Stream […]

Many studies have shown how climate change is wreaking havoc on our oceans (and world). Warming sea temperatures, more powerful storms, rising sea levels are all quickly becoming a reality.

This year, ocean currents have been the focus of numerous studies. And, unfortunately, research is showing that key ocean current systems like the Gulf Stream are weakening. 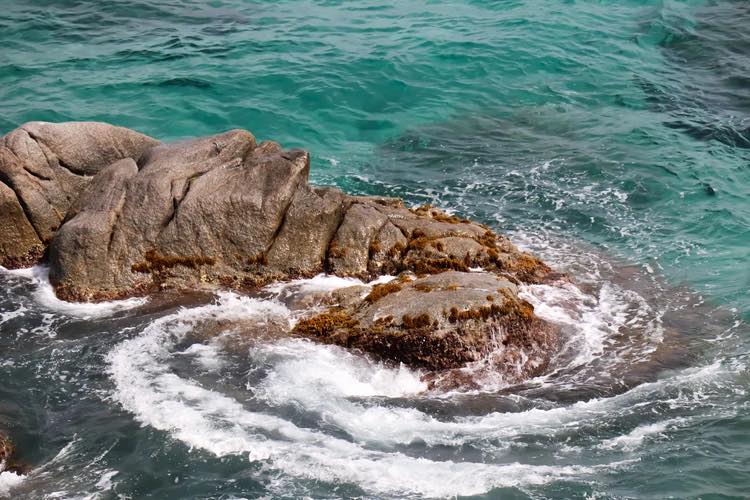 The Intergovernmental Panel on Climate Change (IPCC) released a report this fall that projects the so-called “conveyor belt” of currents around the planet will weaken by as much as a third by 2100 if emissions continue at their current rate. This would trigger a domino effect of changes, from floods to higher sea levels and more extreme weather.

Why are ocean currents important?

Surface currents are typically wind-driven which means water moves both vertically and horizontally. Horizontal surface currents are those which we experience regularly: things like rip currents, longshore currents, and tidal currents. Vertical movements are known as upwelling and downwelling – where cold water rises toward the surface and pushes warmer, less dense water downward.

These currents are a crucial part of our meteorological system. As National Geographic describes: “Fram Strait and the waters to the south, in the Greenland, Norwegian, and Irminger seas, make up the control room of a global ‘conveyor belt’ of currents that stretches the length of the planet. Only in this region and one other, in the Antarctic, does water at the sea surface become heavy enough—dense with cold and salt—to sink all the way to the seafloor and race downhill along the deepening ocean bottom. That sinking powers the conveyor, known as the Atlantic meridional overturning circulation, or AMOC—which in turn regulates temperatures and weather around the world.”

A slowing of currents has far-reaching impact on the AMOC. And, two new studies shed further light on how ocean currents are changing. 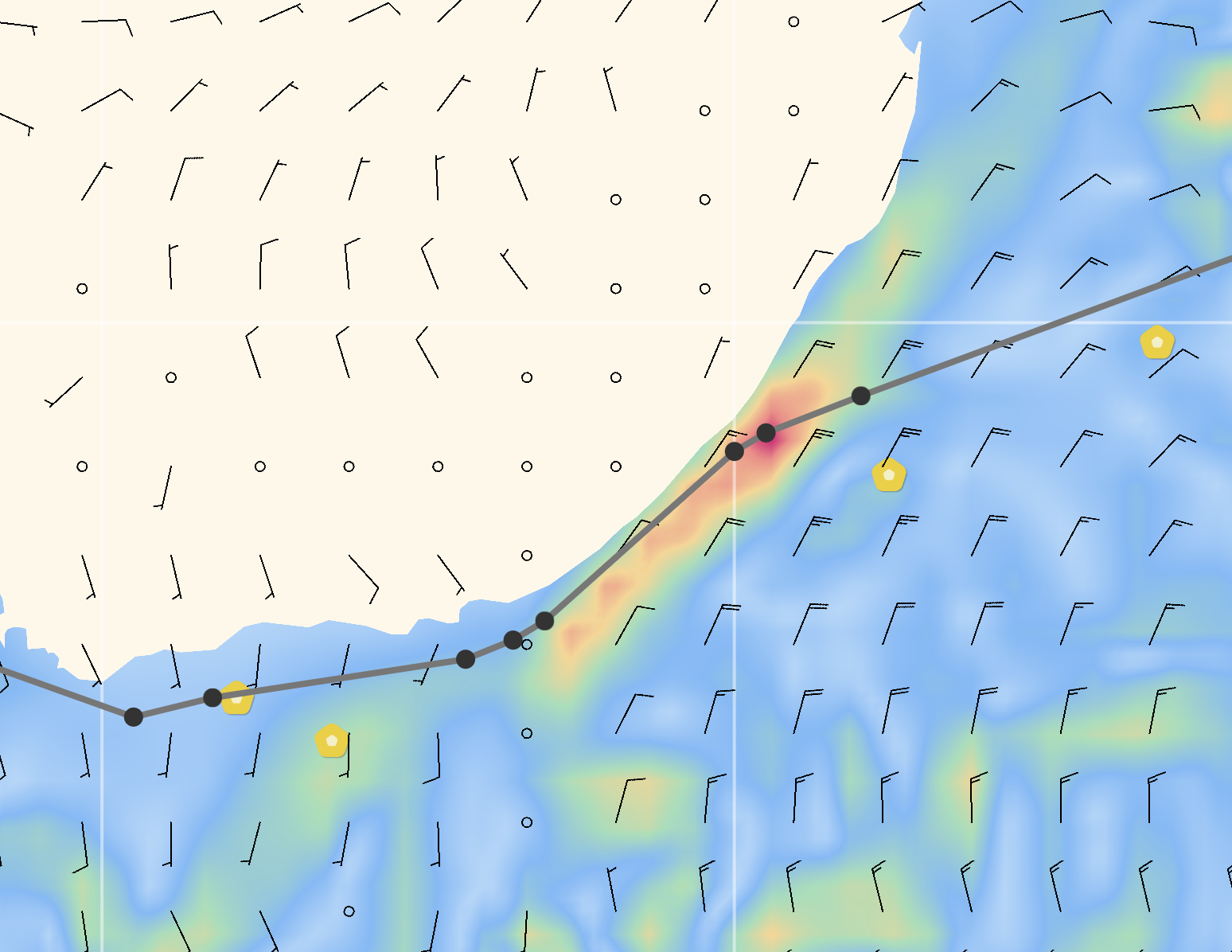 The Agulhas Current is used by cargo ships to optimize routing around the Cape of Good Hope in South Africa. The yellow hexagonal dots in this diagram are drifting Spotter buoys that enable more accurate measurement of the current.

How are surface currents changing?

There are two new studies that reveal the ways in which surface currents are changing.

In August, the Woods Hole Oceanographic Institute published research on the Florida Current, a part of the Gulf Stream system along the Florida coast. Their finding:  “The Florida current has weakened significantly since 1909 and in the last twenty years has probably been as weak as never before. Piecuch’s calculations also show that the resulting reduction of heat transport is sufficient to explain the ‘cold blob’ in the northern Atlantic.”

This so-called “cold blob” is a region in the northern Atlantic Ocean that has escaped global warming and even gotten colder since the 1800s.

In addition to the news out of Woods Hole, another study from Peking University and Ohio State University was released this fall. “For the first time, their paper provides evidence for an AMOC slowdown based on data from outside the North Atlantic. Model simulations show that a weakening of the AMOC leads to an accumulation of salt in the subtropical South Atlantic.”

This study is significant in that it uses new sources of data to calibrate and quantify just how much ocean currents are changing. With the use of drifter buoy arrays, researchers are able to augment current data – which, historically, has been significantly undersampled. Drifter buoy arrays promise to have a massive impact on collecting more data. By deploying networks of sensors that cost less to deploy, climate researchers can take better, more diverse samples and aggregate more data to get an even more accurate picture of how surface currents are changing.

What happens if ocean currents weaken?

Weaker ocean currents are projected to have catastrophic effects on our planet.

First, the makeup of the ocean will change. The cause of weakened currents is twofold: our oceans are getting both warmer and less dense. Water at the poles is less cold due to climate change, and it therefore does not circulate as well in deep ocean currents. Likewise, the melting of the Greenland continental ice sheet means that freshwater is reducing the salinity – and therefore the density – of the ocean’s water, further contributing to weakening currents.

Marine life is severely impacted by weaker circulation and warmer waters. “If circulation slows due to warming waters, the churning of the carbon dioxide will slow, which will keep more carbon dioxide in our surface waters and atmosphere. This can lead to increasing ocean acidification, which is very harmful to marine life,” reports the Thompson Earth Systems Institute.

Weaker currents impact humans, too. Modeling shows that a weaker Gulf Stream would lead to higher sea levels for Florida’s east coast – and an increased risk of flooding. It will also lead to colder winters in Europe, as much of the heat that would have circulated will stay along the US East Coast.

Marine transportation and shipping will become more perilous. Experts predict that changes in the North Atlantic could intensify streams of icebergs into shipping lanes and create coastal ice jams that hinder navigation. And, weaker surface currents would devastate the aquaculture industry. “In 2015, scientists traced the imminent collapse of the commercially important cod fishery in the region to rapidly warming water in the Gulf of Maine, which fits the pattern of slowing Atlantic circulation.” reported Inside Climate News.

The weakening of surface currents is what underpins many of the dangers of climate change. Therefore, better data and measurement systems are critical to getting an accurate picture of the immediate and long-term danger that we stand to face if currents continue to decline at this pace. Drifting buoys can help with better data: not only can they access remote parts of the ocean, but a dense network of drifters provides granularity and better resolution to capture both the details of small scale events and signs of larger patterns in currents change.

(This article originally appeared on sofarocean.com.)