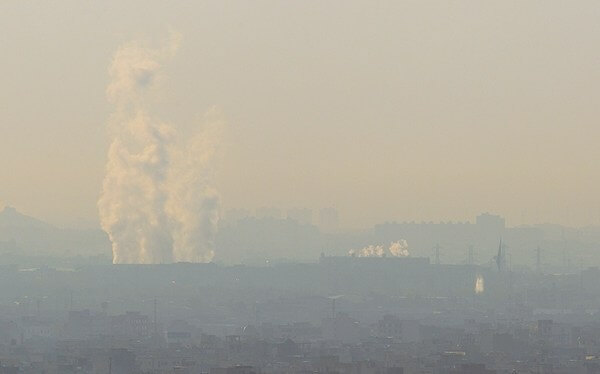 Solutions to air pollution: One action at a time
Some old fashioned things like fresh air and clear skies are hard to beat. A friend once told me that I was very lucky to be still enjoying the fresh air and clear blue sky. This stayed with me because what I was taking for granted, was a luxury for her. Clean air is a […]

Clean air is a basic human right. Yet the majority of the country's population is exposed to harmful air pollutants every day resulting in the premature deaths of millions of Indians every year.

We're no strangers to the problem of air pollution in India. Out of the world's 50 most polluted cities, 26 were in India in 2019. The haze-shrouded photo of the capital city, Delhi has time and again drawn the eyes of the international media. In autumn 2019, the air quality in the capital city was so horrid that breathing in the city during that time was similar to smoking 50 cigarettes a day!

The main offenders of primary concern in metropolitan settings include sulfur dioxide, nitrogen dioxide, and carbon monoxide which is emitted directly into the air from burning fossil fuels such as coal, gasoline, and natural gas in power plants, automobiles, and other combustion sources. Ground-level ozone, a key component of smog is a secondary gaseous pollutant.

It is produced when nitrogen dioxide and various volatile organic compounds react in sunlight and stagnant air. It can worsen bronchitis, emphysema, and asthma. Furthermore, airborne fine particles with diameters of 2.5 micrometers or less, are known to have toxic effects on human health.

They are emitted by various industrial processes, coal- or oil-burning power plants, and vehicles. Certain particulates, such as asbestos fibers, are suspected to be carcinogenic.

The effects of air pollution on human health are far-reaching but it primarily affects the respiratory system and the cardiovascular system. Moreover, the ill effects aren't limited to human health. It further causes acid rain which contaminates water, forest, and soil resources. One of the most significant effects of air pollution is on climate change, particularly global warming.

But since air pollution is a consequence of human activities, we can solve this problem together. And the COVID-19 lockdown has given people a glimpse of the clear blue skies and better air quality. But we need to ensure it continues after the pandemic.