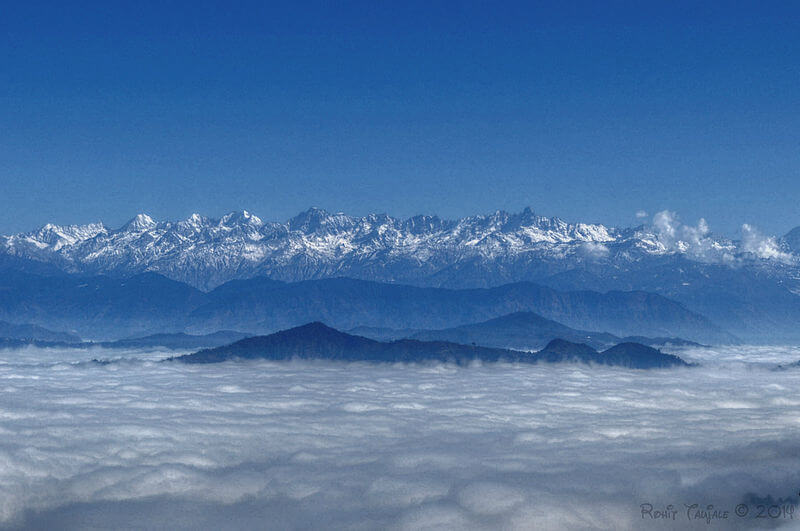 Policy Trends and A Prescription To Prevent Himalayan Degradation

(This is the last article in a series of three articles on the issue of Himalayan climate change. Read the second article here.) The emergency of the Himalayan climate risks, now having been illuminated and described, has already received professed remedial policies. The global and regional development watchdogs, United Nations Development Programs (UNDP), and the International […]

(This is the last article in a series of three articles on the issue of Himalayan climate change. Read the second article here.)

The emergency of the Himalayan climate risks, now having been illuminated and described, has already received professed remedial policies. The global and regional development watchdogs, United Nations Development Programs (UNDP), and the International Center for Integrated Mountain Development (ICIMOD) have taken ground research-based policy directions to reset the Himalayan ecosystem to its original state.

These places flourish as river economies in agriculture, fisheries, and livestock. The UNDP’s GRID-Arendal (GRIDA), a policy body on sustainable development established in 1989, says that the agriculture sector draws 90 percent from Himalayan rivers. These agro-based communities exhibit varying needs and vulnerabilities, especially with women. GRIDA expounds that policies hence must be rooted in Himalayan capacities.

Further to this, GRIDA evolved its solutions as a direct redressal of the ground issues observed in Himalayan societies. Drawing from this direction, the acts and steps of different Himalayan countries can be identified as positive or negative, leading to the prescribed set of policies to preserve the Himalayas and its ecological wealth. A brief background of the ongoing policy and action trends of National, International, and Global stakeholders present us the way ahead.

The enthralling Himalayas have been an inevitable tourism destination since the 1950s after the famous Mt. Everest climb by Hilary and Norgay. Himalayan tourism evolved commercially alongside the aboriginal religion and cultural mountain terrain. However, Colonial based leisure developments compromised these roots. Hill resorts by elite Europeans had sowed the seeds for Modern high-altitude tourism. Over time, unmonitored tourism has led to the urbanization of the natural habitats, enforcing continually growing commercialism.

Emerging from this background is the plains-based societal economic system of products with use and throw packaging, that doesn’t complete the cycle by waste management. It’s harmfully anachronistic to stamp the same system of consumption into a landscape like the Himalayas, signifying mindless and ignorant monetary practices. Landfills are now seen in towns like Gangtok and Darjeeling too.

Issues such as misleading information on the Junk Food packaging and propaganda like burning of plastic providing energy have seeped into the Himalayan Society too. This methodical polluting of the Himalayan terrain, especially with multi-layered single-use plastics, only multiplies the speculations of climatic disaster and eco-anxiety.

The Himalayan rivers besides being water-wealthy, are also immensely potent for Hydroelectric power plants. Authorities and engineering bodies overlook physical consequences on installing the plants on the mountains, while focussing on exploiting the river-potential.

Reports and research released in 2018 to follow up the 2015 Nepal Earthquake were exponents of proliferating dams and reservoirs in the Himalayan region. The studies have clarified that we’re leading ourselves into frequent landslides and quakes in the near future. The Himalayas would also have the largest dam density with over a thousand such structures in the upcoming years, reported another study. The Himalayas are presently bearing around 600 dams, built and ongoing, which are reportedly not quake-resistant.

The state of National and International policies and their collaborations

GRID-Arendal charts out a plan for future adaption with the Himalayan Climate Change Adaptation Programme (HICAP). HICAP highlights that change in life strategies can reverse climate change impacts. We can identify the life strategies and needs of the communities, specific to men, women, and children, by observing the land-use patterns of mountainous settlements. HICAP suggests that the Himalayas comprise watershed, catchments, and river headwaters as resources, giving rise to upstream and downstream communities. A natural nexus of food-water-energy is hence formed, the sustainability of which is a policy determinant.

In addition to the aforementioned, the major stakeholders, which also includes China, Pakistan, and Afghanistan, secondary participants indirectly depending on the Himalayas-Myanmar and Bangladesh- also joined recently to conclude a united call for action finally for the mountain range.

The united voice of these eight countries has emerged past the geo-political tensions prevalent earlier. The overdue meeting by these countries, scheduled to have been held during the unforeseen pandemic, was completed under the aegis of ICIMOD. The meet titled “Hindu Kush Himalaya Ministerial Mountain Summit 2020” was held on October 20 this year with a joint adoption of six principles for the Himalayas. Besides prioritizing the cultural uniqueness, Paris Agreement, SDGs, and resiliency, as expected, the eight nations promised to cooperate at all levels and share all possible data.

The promise was declared by high-level officials and ministers representing each country’s environmental ministries. This means that the collaboration is promised to occur beyond the tensions seen, for the crucial reason of the eight countries sharing the Himalayas as a family.

The tourism sector’s growth is estimated to be off-control by 2025. As of 2018, the tourism and hospitality sector in the Indian Himalayan Region (IHR) has a GDP contribution of about US$ 71.5 billion. To our woes, India recently reduced e-visa fee and made other measures like new travel sites, foreign language signages, and night illumination to spurt global tourist arrivals to 20 million by 2020.

Nepal too is dependent on agriculture, livestock, and tourism. The dialogue was to be coordinated by ICIMOD until the pandemic and border issues hampered it. Bhutan, India, Pakistan, Myanmar, and Bangladesh were to participate, signifying Nepal’s throttle toward saving its Himalayan wealth.

In South Asia, only Bhutan will face a bigger loss compared to Nepal. Bhutan’s economy is bound to lose 10.33% by 2100 if the Paris agreement isn’t achieved. Bhutan is all mountainous, small in scale, and can’t afford laxity. Bhutan though emerged as the success at what others hesitated-nature protection and equitable living.

“Gross National Happiness is more important than Gross Domestic Product”, is the truth they preach and practice. Bhutan’s 2008 national constitution pledges to protect, conserve, and improve its pristine environment, which includes sensitization towards their culture. The environment is Bhutan’s income.

According to their 2003 census, Bhutan faced a population of 6,34,982 that grew at 2 percent per year, witnessing deforestation for residential use and agriculture. But now 50% of the land is protected. More than 80% of the country is covered by natural forests and it is growing. Bhutan has a better carbon sequestration rate than most others. Their eco-tourism adds to the wonder.

A growth of democratic care for ecology has spread environmentalism in the Himalayas too. Low impact alternative tourist activity variants like adventure, and rural, cultural, wildlife and biodiversity tourism are now beginning to propagate. Such activities help keep untouched the anciently prevalent local agricultural, pastoral and hydrological practices in the Himalayas.

They’re by nature climate change adaptable, in addition to not being a climate change risk in the first place. Some of those practices are paddy-cum-fish culture, water harvesting structures, Chutsir water allocation in Ladakh, Jhumming in community-based land, spring water management and spring sheds and drip irrigation. `

Applying the principles preached on the International Ecotourism Society’s concept, the Himalayas will have to receive ecological and cultural sensitivity, and empathy from the influx of all people foreign to the Himalayan environment. Any innovation of technological and commercial projects such as power plants and tourism business must be founded on ecological care and cultural sensitivity. In addition, the projects must not be in compromise of the ecosystem services, while it can share the wealth available judiciously.

Energy demands such as fuel for any local mobility and manufacturing must be least emissive and generate safe and productive employment opportunities for emerging tribal candidates.

Eco-tourism promises better nurturing with cleaner travel itineraries. The ideology shall put the Himalayan ecology on priority and set up boundaries of human activity and accessibility within non-destructive limits, for both mountains and their people. Physical boundaries for human movement must be enhanced by identifying more sensitive animal habitats and geographically pristine zones.

Ecological management affairs are stimulated by the urban communities, who are hence the best to be equipped with the forethought of wilderness preservation.

More environmentalist sections of people must be encouraged to watch the incoming economic, political and technological interventions that aren’t inclusive of empathetic policies for the Himalayan Ecology.

A research paper on Himalayan tourism authored by Tobias Spaltenberger has curated codes of environmental ethics for the preservation of the Himalayas. The environmentalist pressure groups would be able to take up the role of advocacy, assertion, and dissidence in matters of the promulgation of the codes and preventing an ethical breach.

As a spin-off to the pressure, community-based groups, secondary and social media groups will push these ideologies to the light, in addition to the hope that we see them prophesied on mainstream media too.

Written by
Varun Kumar and Sweta Bhushan
Sweta and Varun are architects interested in research and writing. They focus on issues pertaining to the built and unbuilt environment, in addition to public affairs. Sweta is currently a fellow to Anant University whereas Varun is pursuing studies in governance and humanities. Connect with the authors on instagram at @swetab1.184 and @varunwaskumar
Recommended Articles