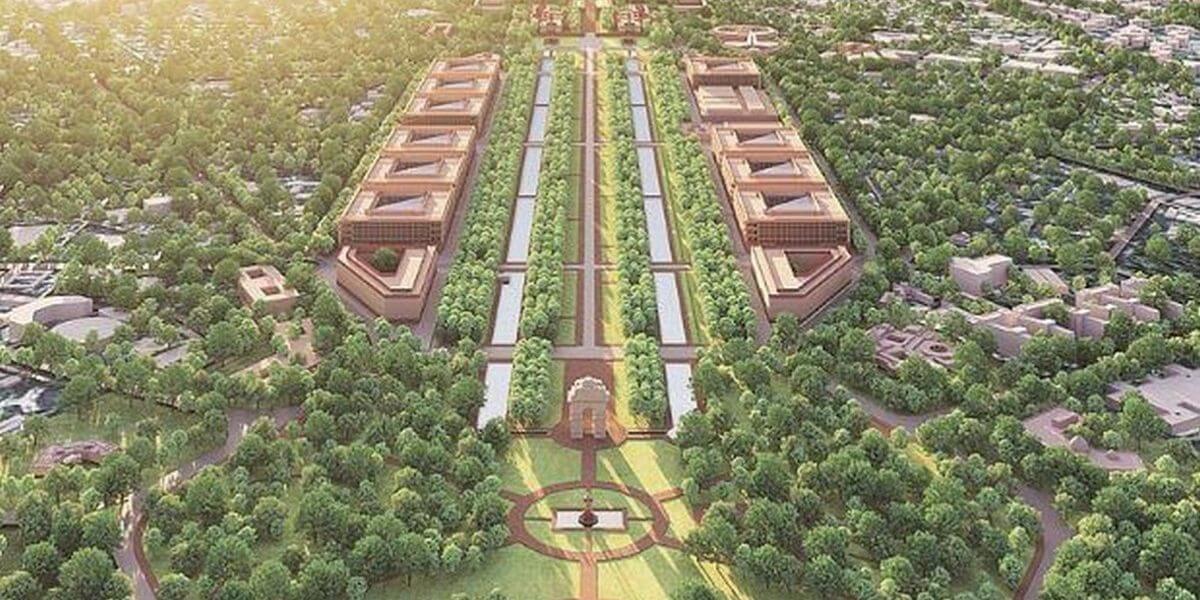 What is worrying about the Central Vista Redevelopment project

The government has had ambitious plans to redevelop New Delhi’s central vista for some time now. The area which envisages a common central secretariat, a new triangular Parliament building as well as revamping of the Rajpath, from Rashtrapati Bhavan to India Gate, has been a dream in the pipeline. The project picked up controversy as […]

The government has had ambitious plans to redevelop New Delhi’s central vista for some time now. The area which envisages a common central secretariat, a new triangular Parliament building as well as revamping of the Rajpath, from Rashtrapati Bhavan to India Gate, has been a dream in the pipeline. The project picked up controversy as it involved converting the existing Parliament building into a library and building a new one at a cost of over Rs 60,000 crore.

According to reports, the two sites will be able to accommodate nearly 15,000 employees of various defense agencies, which have offices near the North Block and South Block.

However, the project has been criticized by historians, art lovers and green activists who say that it would destroy the heritage character of these areas and increase population density in the area at the cost of its famed greenery.

According to reports, trees and shrubs along the western banks of the Yamuna will make way for the New India Garden or Nav Bharat Udyan as part of the Central Vista Redevelopment project. Officials said the garden will be constructed in a way to avoid monsoon floods.

The riverbank area comes under the Delhi Development Authority’s (DDA) Yamuna Riverfront Development plan, and the Garden will come up as part of it, said the official. The area cuts off from the Ring Road into an area with dense vegetation — mostly trees and shrubs, lacking human habitation.

According to reports, the Delhi government has approved the transplantation of 400 trees for the building of the new Parliament. The process is underway and uprooting of trees has already started, said officials of the Delhi government’s environment and forest department quoted Hindustan Times.

Delhi environment minister Gopal Rai’s office confirmed that permission for the project has been granted. “The permission has been given after due inspection of the area and in line with the state government’s transplantation policy. We understand that development work is important while ensuring the survival of the maximum number of trees,” said the minister’s office, Hindustan Times reported.

As per the Delhi government’s transplantation policy, 80% of the transplanted trees must survive after a year. Besides, the compensatory plantation has to be carried out by the agency undertaking the work.

Meanwhile, experts have raised questions about trees being uprooted (for transplantation) near Parliament as part of the Central Vista redevelopment project.

“The sylvan lush greens of Central Vista; a heritage of the colonial Imperial Capital, New Delhi; now being consigned to the hammer and earthmovers. In a blatant move that stands against egalitarian India, the prime land of Central Vista is being converted into babudom; buildings, and more buildings in soviet style to house the overstaffed infamous bureaucracy of India. The Baker Lutyens plan for Central Vista envisaged an eclectic mix of Offices, museums, theatres, libraries, and Convention Centre. Unfortunately, all of this will now make way for government conclaves of offices,” said environmentalist Rajeev Suri.

“We need the highest levels of precaution and environmental scrutiny when it comes to all government decisions, including for large scale construction projects like the central vista redevelopment. The footprint of this project has gradually extended from Rashtrapati Bhawan to the Yamuna river banks, while there has been no Parliamentary debate and no disclosure on the justification for this massive construction exercise. When the country is reeling under a health emergency, severe pollution, and failing public infrastructure, the government is engaged in building more space for itself on public land.” said Kanchi Kohli, a senior researcher at the Centre for Policy Research.