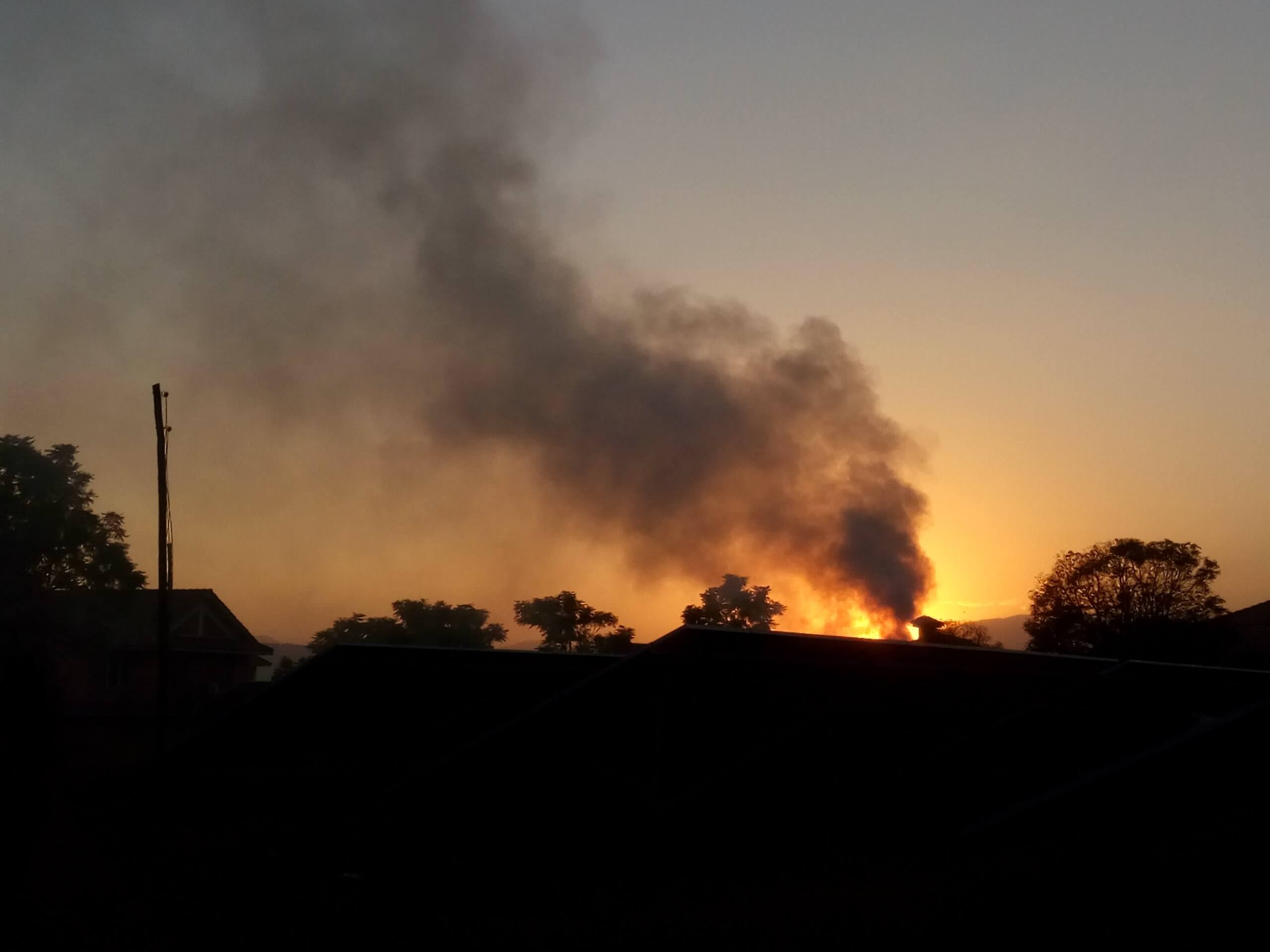 Air pollution harms the human body. More restrictions and regulations need to be placed to reduce air pollution, we’re still suffering from it. Why the air in the morning is fresh and dust-free than the air that we experience during the afternoon and evening? Obviously due to less human activities during night time than day […]

Air pollution harms the human body. More restrictions and regulations need to be placed to reduce air pollution, we’re still suffering from it. Why the air in the morning is fresh and dust-free than the air that we experience during the afternoon and evening? Obviously due to less human activities during night time than day time.

During night time, there is less emission of dust particles and gases released by human activities. During the time the air becomes cool and less polluted so in the morning we can experience fresh air but afterward due to our activities the air gets polluted. If you see the differences between air in the morning, you can notice how humans are spoiling the air quality day by day!

If people were smart they would turn off the electricity and ban plastic or be submerged the condition would return to normal in a year, if we’re still driving vehicles and using gas or coal to power our homes and electricity, then we are contributing more to global warming.

We all know that air pollution is very important concept in this world, but many countries do not want to get interested in this concept has many people tried to put this problem in their conference room but there is used for this subject, now you only decide whose fault is this?

It’s disappointing to note that globally we are all taking this issue with less seriousness, affected more by our economic and financial situations, We know that hydrogen is far more effective than gasoline and oil, and it doesn’t emit toxic gases. So why don’t we use hydrogen for fuel? Scientists should consider that.

Studies have indicated that descendants of coal miners in Cape Breton Island can easily survive in this environment. In fact, the air in India is perhaps up to 15 times better than the air in an average coal mining town, where particulate content can be as high as 150,000 parts per million. The people who live in these affected areas have adapted to these conditions after years of breathing coal dust and carbon monoxide as well as second-hand smoke from non-filtered roll your own smokes.

I would say the government there should make changes or else the situation will only get worse . our politicians say that we are developing and they say they are building big buildings and infrastructure but that is not development first make our environment clean then talk about infrastructure, Apart from the number of cars and the farmers burning their fields, there are many many factories in the outskirts of Delhi contributing to this. I know many organizations that are trying very hard to implement sustainable initiatives in India, but yes, dealing with the government and corporations in charge is always a challenge as is in many countries.

What Could Happen Next?

We are going to kill ourselves from our use of earth, not to worry 500 years after humans are all dead from either; 1) the nuclear holocaust. 2) rising water levels. Or 3) starvation and the struggle to adapt. The earth will be balanced and life will flourish again. This planet sustains life for billions of years, well after we are gone there will be another evolution cycle.

Everyone has their time and everything will work out. As humans, it’s important to enjoy your time here on earth. You only have one life. Live how you want to, even if it means the planet will be destroyed by this. We are unintelligent useless soft creations and we cannot reverse what we have done. It’s to late, the virus has spread (humans) and we are at a point where the world cannot function correctly.

There used to be a time were fewer people were alive and life expectancy was very low. These times kept the world balanced. However, with our advances, we are prolonging the inevitable and it is only a matter of time before the earth cleanses itself from the virus. Natural disasters will worsen, food will grow less, water levels will rise, the earth will heat up, the air will be polluted so badly. And yet, we will all blame each other, but never ourselves for what we have done.

We need some sort of life form to come from the galaxy to save our pathetic race. My theory is that they will conquer the planet once we die. In approximately 200 years this will happen, they are already here. But there numbers will come after we have killed each other. This way they wont have to be seen or bother us.

They will also learn from our mistakes and no, they do not look like humans. Measures to prevent air pollution For me the question isn’t whether or not you want to reduce air pollution or curb climate change, because there are too many people who simply don’t believe that those things are an issue.

For me the question is this; Would you rather use up an extremely valuable and increasingly expensive LIMITED resource, or invest in a cheap and effective renewable resource? It’s that simple. Whether you believe in climate change or not, you must at least be able to understand the simple economics that a limited resource can and will dry up, while renewable ones will continue to flourish.

We can fight pollution with no smoking, preventing smoke from cars, avoiding burning forests, etc. What causes pollution is throwing garbage, avoiding smoking, avoiding burning the forest chemicals. I think as soon as we priorities bikes over cars and create real cycling highways, things will change. Use your car only for long-distance rides on the outskirts and outside of the city. In the city center, where most of the businesses are and most of the working people move to each morning – please use public transport and bikes.

Takes care of the traffic jams too. Not only is pollution so bad now, but it would be way worse for future generations who would be breathing both the pollution from their own generation and the pollution from previous generations Air pollution is mostly caused by burning fossil fuels, mainly gasoline. When cars were first invented the public had a choice between burning gas or alcohol. So if we wanted to end air pollution, society can switch to burning alcohol which is 95% cleaner than gasoline.