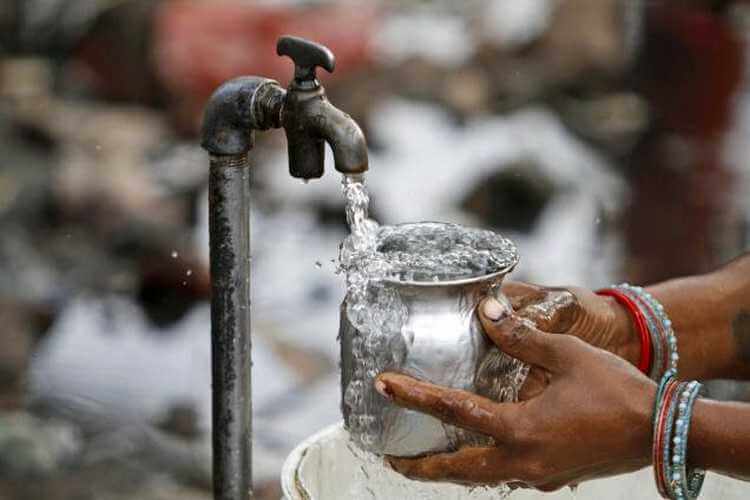 30 Indian cities feature in the global list of 100 set to face severe water risks by 2050: WWF

The World Wildlife Fund (WWF) has painted a grim picture for India, pointing towards its looming water crisis. The WWF’s Risk Filter analysis has said 100 cities that hold importance in national as well as global economies and are home to 350 million people are set to face a severe water risk by 2050 “unless urgent action is taken […]

The World Wildlife Fund (WWF) has painted a grim picture for India, pointing towards its looming water crisis.

The WWF’s Risk Filter analysis has said 100 cities that hold importance in national as well as global economies and are home to 350 million people are set to face a severe water risk by 2050 “unless urgent action is taken to mitigate and adapt to climate change”.

“The future of India’s environment lies in its cities… For cities to break away from the current vicious loop of flooding and water scarcity, nature-based solutions like restoration of urban watersheds and wetlands could offer solutions. This is our chance to re-evolve and re-imagine what the future of the cities could be,” Dr Sejal Worah, programme director, WWF India, said in a statement Monday.

Almost half of the 100 cities are in China, while a few more are in South Asia, Middle East, South America, and Africa. However, it is India that has emerged as a dominant name in both “current and future lists of cities with the highest overall water risk”, according to the statement.

The WWF Water Risk Filter is “a practical online tool that enables companies and investors to explore, assess, value and respond to water risks worldwide”. It aims to “help evaluate and inform long-term resilience planning and strategy”, said the WWF statement.

The WWF analysis stressed on the importance of India’s Smart Cities initiative — about which the Government of India says while there is a lack of a universally accepted definition of what a Smart City entails, it is a “wish list of infrastructure and services that describes” a city dweller’s “level of aspirations”.

Noting how the Smart Cities initiative provides a framework for water management, the WWF report noted how “urban watersheds and wetlands are critical for maintaining the water balance of a city, flood cushioning, micro-climate regulation and protecting its biodiversity”.

In the list of the 100 cities set to face a dramatic increase in water risks, Egypt’s Alexandria tops the list and is followed by Mecca in Saudi Arabia, China’s Tangshan, Saudi Arabia’s Ad-Dammam and Riyadh.

Some of the cities that dominate the bottom 10 in the list of 100 are Sierra Leone’s Freetown and China’s Taiyuan, Wenling, Guiyang, Yantai and Jiaxing.

Other cities on the list of 100 in no particular order include Beijing, Jakarta, Johannesburg, Istanbul, Hong Kong and Rio de Janeiro.

“Cities across the world have paid a high price in recent years due to worsening water risks. From acute risks that have seen historic floods to chronic risks that have seen their taps running dry, the water challenges cities are facing are only going to increase in the coming decades because the impacts of climate change will primarily be felt through water,” Alexis Morgan, WWF Global Water Stewardship Lead, said in the statement.

While urban watersheds and wetland management is one solution, the WWF report spoke about a more nature-based path where degraded watersheds are restored and rivers are reconnected to their floodplains to steer clear from the “worst-case scenario”.

According to the Organization for Economic Co-operation and Development, “US$1 trillion of annual investment is needed for wastewater treatment, water plants, and supply networks alone” at the very least.

Morgan said in the statement: “By harnessing the new scenarios in the Water Risk Filter, companies, cities and investors can better assess, respond and plan for climate and water resilience — helping to reduce water risks to their own operations as well as cities.”