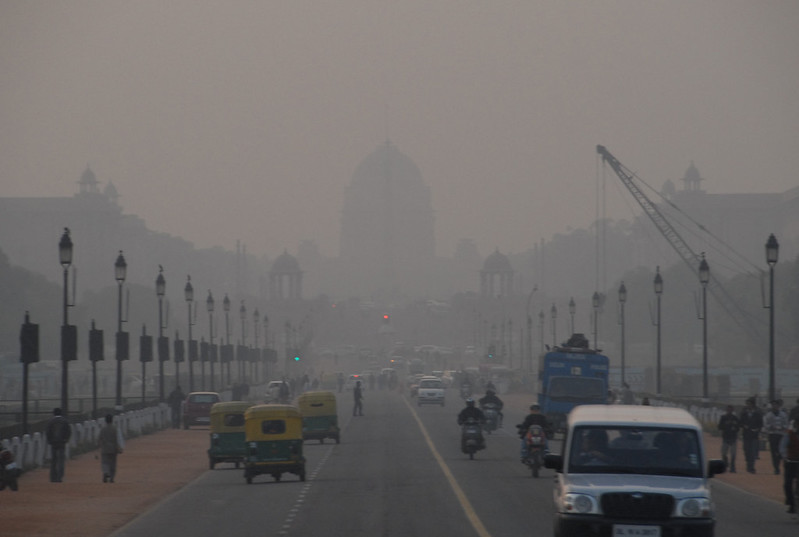 India is facing an ‘Airpostrophic’ dilemma

Air pollution is a silent killer, causing over 7 million deaths every year globally due to poor outdoor and indoor air quality. India being home to one of the 8th wonder’s of the world, some of the country’s well-known landmarks are often hidden with a blanket of smog, with the smog the beauty of the […]

Air pollution is a silent killer, causing over 7 million deaths every year globally due to poor outdoor and indoor air quality. India being home to one of the 8th wonder’s of the world, some of the country’s well-known landmarks are often hidden with a blanket of smog, with the smog the beauty of the landmarks is lost in the thin air.

Once again, India is heading into the worst time of year for breaking all past records of toxic air pollution. Twenty-one of the world’s 30 cities with the worst air pollution is in India, according to data compiled in IQAir AirVisual’s 2019 World Air Quality Report, with six in the top ten.

As I type this, millions of Indian’s are grasping for clean air to breathe. Every three minutes a child dies because of inhaling toxic pollutants in the air, according to an analysis of the Global Burden of Disease 2017. It is certain that the graph is positive and increased 3 folds since 2017.

We might not know the upshot but air pollution is a slow poison, silent killer, catastrophic, apocalyptic and a new holocaust in the making. The new terms for air pollution should be ‘Airpostrophic’ and ‘Airpocalypse’. (It makes sense at so many different levels.)

‘We are inhaling such horrendous quality of air, worst in the whole damn earth!

In India, the poorest of the poor are the hardest hit and the elite section of the society also do not have the access to clean air. . The richest Indian do not have the luxury to breathe clean air.. Everyone is affected, we are all in this together. Such is the dilemma in today’s time

‘Air pollution is a threat of global annihilation, but the worst pollution these days is accumulating in developing countries with population explosion, poorest and most marginalized people are affected the most’

The northern part of India is under the wrath of air pollution, but why? What are the major reasons behind the soaring pollution levels ?

The answer is vehicular pollution, industrial emissions, thermal power plants, construction dust, waste burning, and millions of poor households’ use of cheap and dirty fuels such as wood and cow-dung for cooking. Last but not the least, the stubble burning of rice harvest during the month of November by millions of farmers in the states of Punjab and Haryana, a cheap way to dispose of otherwise worthless straw is adding surmounting pressure to the already existing forces responsible for airpocalypse as the wind carries pollutants from stubble burning states to the national capital. It is estimated that approximately 35 million tonnes of crops are set afire by these states.

In recent times, every other day we come across news about stubble burning and its ill effects but it is just one aspect of the turmoil and dilemma. The other factors are in force since a long long time and its effects are depressing to the point that India ranks first in terms of worst air quality. ( This is not something we should be proud of, or should we ? )

Just after the season of stubble burning, there is advent of ‘Diwali’. This is how everything piles up all at once. All sections of the society passively smoke during this period of the year, breathing Delhi’s air for one day has the health impacts of smoking at least 15-20 cigarettes. Yes Indians, we are passively smoking. What can be worse than this? This is a massive environmental as well as public health crisis altogether.

Traffic congestion and the rise of vehicular emission cannot be neglected as The Central Pollution Control Board (CPCB) and the National Environmental Engineering Research Institute (NEERI) have declared vehicular emission as a major contributor to Delhi’s increasing air pollution.

Population explosion in the capital is another aspect, more the explosion more the consumerism pattern, more the increase in the waste generation. Solid waste management in India is in a depressing state, hence open waste burning, landfill emissions are adding up pollutants into the atmosphere 2-3 folds since the last decade.

As the winter prevails round the corner, dust particles and pollutants in the atmosphere remains stagnant due to stagnant winds, these pollutants get locked up in the air and affect weather conditions, resulting in smog and hence the pile up of different pollutants. The average value of fine particulate pollution in India was nearly four times what World Health Organization (WHO) guidelines mentioned.

According to a nation-wide study published in journal Lancet in 2019:

“Most states, and 76.8 per cent of the population of India, were exposed to annual population-weighted mean PM2.5 greater than the limit recommended by the National Ambient Air Quality Standards in India”.

The most important reason for concern over the worsening air pollution in the country is its effects on public health. Exposure to particulate matter for a long time can lead to respiratory and cardiovascular diseases such as asthma, bronchitis, COPD, lung cancer and heart attack. The Global Burden of Disease Study for 2010, published in 2013, had found that outdoor air pollution was the fifth-largest killer in India and around 620,000 early deaths occurred from air pollution-related diseases in 2010.

Air pollution takes its toll on the economy in several ways:

Access to clean air is a fundamental human right, whereas air pollution clearly violates the rights to live in a safe, clean, healthy and sustainable environment. Initiative are taken by government to tackle the plethora of problems caused due to pollution but access to clean air is not achievable within a day. Apostrophic crisis in India is multi-faceted which has to be addressed on different fronts and variety of sectors. We need to harness the scientific sector’s power and social-scientific experts to develop and promote eco-friendly technologies in construction, energy, industrial production and transportation.

Change starts with us, isn’t it?  It is not ethically correct to blame the government for each and everything and the next moment burn crackers to celebrate Diwali, burn our waste openly, use vehicles for short distances whereas we can switch to cycle or walking. This is wrong at so many different levels. Scientific innovations need to be complemented by legislative change as well as changes in social behavior.

Lastly, I want to conclude with a famous quote by Mahatma Gandhi –  ”Be the change you want to see in the world”

Written by
Aditee Das
A Greenpeace changemaker, ardent environmentalist and a green blogger. I write to express my concerns regarding the ever-growing perils of environment and climate change.
Recommended Articles