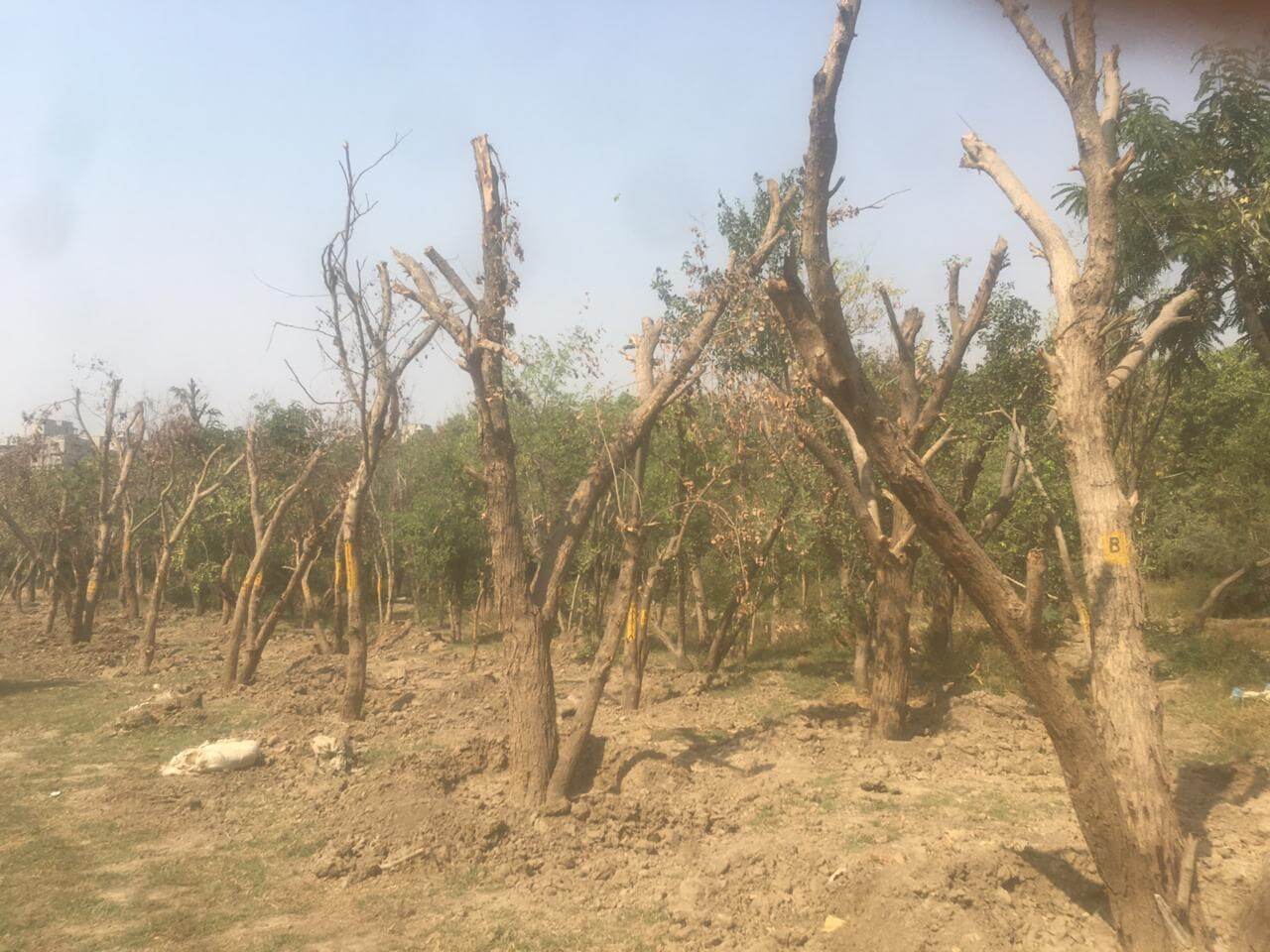 The Delhi Cabinet on October 9 approved a tree transplantation policy to prevent the felling of trees due to development works in the national capital asserting that it will be a first-of-its-kind policy in the country.

According to Chief Minister Arvind Kejriwal, a minimum of 80% of trees affected by a development or construction project will be transplanted and as much 80% of the transplanted trees must survive after transplantation.

Announcing that the cabinet had approved the policy to fight pollution, he said the policy, however, will not apply if 10 or fewer trees are to be felled. “We have a lot of dense trees and a lot of old trees in Delhi. The capital is an old city that has trees that have been here for centuries. For constructions and other development projects, we sometimes have to cut trees. Until now, the policy was that for every tree cut, 10 saplings would be planted. Can 10 saplings replace that tall tree which has stood there for centuries?” asked Kejriwal, saying that the new policy will address that issue.

However, the policy hasn’t gone well with many environmentalists.

“Transplantation policy legitimizes tree felling to make a place for useless projects that the government can’t or won’t refuse to build or approve. This policy is to justify industrial-scale felling, not single trees. So it’s a way of destroying tree ecology in the city just making it sound like trees are being saved. The Government should stop believing and making others believe that this will save trees (or us),” says environmentalist Bhavreen Kandhari.

According to Bhavreen, transplantation policy is without a scientific basis or any studies done effectively to mask massive tree felling.

“In the most polluted capital of the world, priority should be to address the gaps and inadequacies of the Delhi Tree Protection Act that neither protects trees nor compensates for felled trees instead of introducing another sham like compensatory afforestation which we as citizens as well as the government know has been a disaster. We must revoke this policy. After all, we are living in the most polluted capital of the world and there is no scope to make any more mistakes,” she added.

One of the major worries among environmentalists is the implementation of the tree policy.

“Empirical data clearly shows that tree Transplantation in India has been a huge failure wherever it has been tried. However, in spite of being well aware of this fact, the Delhi Government has notified its tree transplantation policy which will basically act as a license to cut thousands of trees under the garb of transplantation”, said environmentalist Aditya Dubey.

Last year, over 5,700 fully grown trees were transplanted to build Dwarka Expressway, which provided another link to Gurugram. But, was it successful?

“A visit to Dwarka expressway tree transplantation site where hundreds of dead transplanted trees still stand would have shown the fallacy of this policy to the Chief Minister. It’s unfortunate that the CM who had promised that under his government the citizens will get a chance to participate in every important government decision didn’t consider it fit to call a meeting of environmental activists and take their opinion into consideration before formulating this very important policy. A consultation doesn’t mean that you just consult people around you”, he added.

Rather than solving the issue of air pollution, this policy would further increase it, environmentalists say.

“The CM would be well advised even now to call a meeting of environmentalists working in the field of tree plantation and afforestation and discuss the problems they have with this new policy and amend it accordingly. Else we are looking at a large-scale loss to the green cover of Delhi which would further precipitate the air pollution crisis in Delhi,” said Aditya.

Kanchi Kohli, senior researcher, Centre for Policy Research, said, "this policy works on an understanding that trees cannot be integrated into urban planning and design. We have to consider trees as our lived ecological heritage than a hinderance. Transplantation as a policy, is a failure by design exactly as compensatory afforestation was."

However, taking to Twitter, Arvind Kejriwal said, “Permission to cut or remove trees would be given only where it is absolutely necessary, as is being done today. There is no change in that policy. Transplantation policy is an attempt to save as many trees as we can out of those, which are permitted to be cut under present policy.”