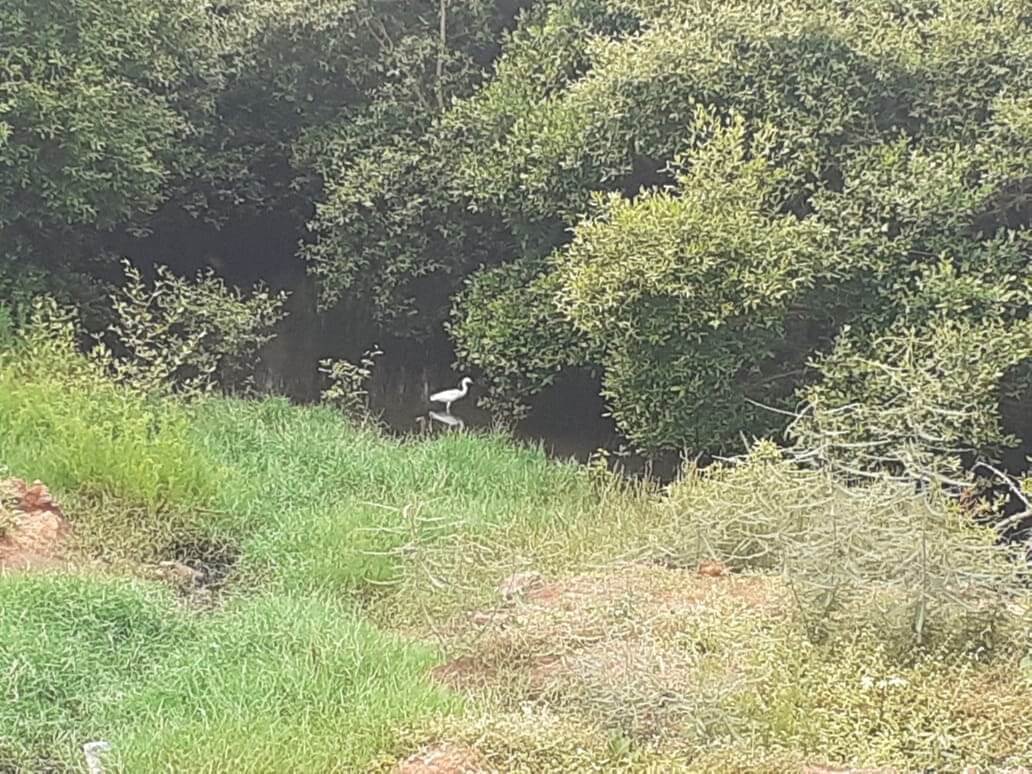 Depleting mangroves of Visakhapatnam
Frequent cyclones and devastative beach erosion in the city points out clearly the absence of the city barrier i.e. Visakhapatnam mangroves which once protected the city from these catastrophes. These Mangroves plantation was once found in abundance near the Naval Dockyard extending up to Meghadrigedda reservoir on the rear-side of the airport. According to a […]

Frequent cyclones and devastative beach erosion in the city points out clearly the absence of the city barrier i.e. Visakhapatnam mangroves which once protected the city from these catastrophes.

These Mangroves plantation was once found in abundance near the Naval Dockyard extending up to Meghadrigedda reservoir on the rear-side of the airport.

According to a media report, from an extent of 400 acres of vast mangrove wetlands around Meghadrigedda creek located between the Visakhapatnam Port Trust and the airport, the green cover today is less than 40 acres.

This deforestation was caused by many factors like the construction of reservoirs, refineries, industrial projects, and other urban development activities. Even three years back huge Mangroves were cleared up to set up a solar power plant, amidst heavy protests by environmental groups within the city.

The most important fact is that this deforestation is illegal according to the National Environment Policy, CRZ Rules 1991 and 2011, Wetland Conservation & Management Rules, 2010.

Mangroves must be especially conserved because they render many benefits. They act as a carbon sink and biodiversity hotspot. They act as barriers preventing cyclones and tsunamis.

The absence of the Mangroves in Visakhapatnam have led to severe disasters in the city like:

Visakhapatnam faced a severe Cyclone, HudHud in 2014, and many similar devastating cyclonic storms since then. The removal of the mangroves was highly responsible for these devastating effects of cyclones as Mangroves act as a Buffer Zone between land and sea decreasing the intensity of Cyclonic devastation.

Visakhapatnam has faced drastic beach erosion since 2012. As the mangroves were cut and the sea was impounded into a narrow channel, the erosive power of the sea was strengthened near Rk Beach and surrounding areas, thus causing beach Erosion.

Beach erosion near R.K. Beach is due to Deforestation of Mangroves

The loss of Visakhapatnam Mangroves has threatened the ecology of the area which includes rare species of trees, birds and Olive-Ridley Turtles.

This deforestation has forced the turtles to migrate to populated beaches, where they often meet their death due to plastic problems and frequent Human-Animal Conflicts. Many birds have deserted the area, the huge tree cover loss has led to rising in pollution levels of the city and a drop in precipitation received in the area.

Vizag Port Trust View: They denied the Deforestation damaging anything. They also stated that Industrialization is necessary and the pollution from that is not much harmful. Besides contrary to the claim made by Port Trust Chairman a few yes back that they do Replantation of Mangroves, VPT stated that Mangroves Replantation is not possible for them.

Mangroves are being dried by diverting the waters and then the areas become drylands with thorny scrubs which are easily removed for Various Construction and Development Activities.

The Earth fills and wastes dumped affect the Mangroves and also pollute the waters, threatening the birds and fishes that depend on these for Survival.

Operation at the port was affected for many days after the cyclone leading to further damage.

All this shows why the Mangroves should be conserved by the Port Trust as they are facing a lot of damage due to the Cyclones and other calamities that occur in the absence of the Mangroves cover.

The team of Andhra Pradesh Climate Group comprising of students, Professors, Researchers, and also people from different sections of life. We are united in our motto to Save Our Planet from the verge of Extinction and fight for Climate Justice.

We have collected data online from research articles, news articles, satellite imaging, and also from various organizations that provide data about Mangroves like Global Mangroves Watch.

There have been RTIs filed too to get proper info about ongoing deforestation at Kakinada Mangroves. We also have conducted awareness programs at various places of the city maintaining all safety precautions as the devastation in nature would not be stopping amidst pandemic.

We also had strike in front of Port Trust and Collector's Office maintaining all safety precautions .