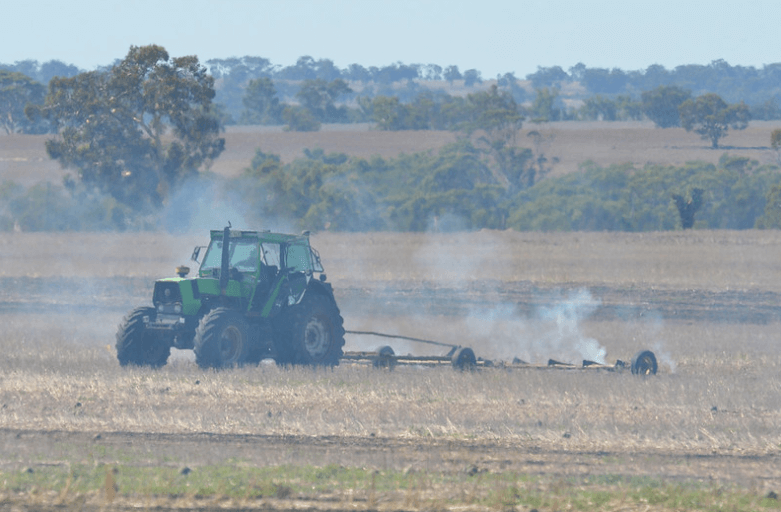 The impact of yearly farm fires on the air quality
This is that time of the year when residents of Delhi NCR want to shut themselves from the rest of the world. This is when its rank of being the most polluted major city in the world gets hit out of the park. This is when the clamor for the Right to Clean Air reaches […]

This is that time of the year when residents of Delhi NCR want to shut themselves from the rest of the world. This is when its rank of being the most polluted major city in the world gets hit out of the park. This is when the clamor for the Right to Clean Air reaches a crescendo, as neighboring states of Punjab, Haryana and UP begin stubble burning post the Monsoon harvest to prepare for the next sowing.

Burning crop residue is a crime in both the IPC and the Air and Pollution Control Act. Despite this, some 250 million tons of rice and wheat residue generated each year is almost entirely burnt. This generates about 150 million tons of Green House Gases (GHG) each year that directly contribute to environmental pollution. This is equivalent to yearly emissions from an additional 30 million vehicles!

In other words, for that period of about 30 days, the pollution level areas if the national vehicular population has gone up 10x! The cost of health is monumental. World Bank estimates this at 8.5% of GDP leading to over a million deaths annually due to airway diseases and lung cancer. Crop residue burning extracts a cost from the farmer too. The heat generated results in the soil losing vital nutrients, bacteria, and fungi essential for fertile soil.

The crop residue problem is a vexing one.

The farmer gets only 15-20 days roughly between two seasons to harvest, sell and prepare for the next sowing. The residue from the previous crop hinders the sowing for the next. The farmer must either hire manual labor or lease machines to do this. Both are unviable particularly for small landowners and subsistence farmers. Government subsidies have not been enough. Nor have the efforts to find alternate uses of the stubble – animal feed, input stock for energy generation, etc.

What was once among the world’s fastest growing economies had already slowed down even before Covid-19 struck. Based on the reports of the last quarter, it has further slowed down to become the world’s slowest economy. By all accounts it may end the year at 9% degrowth.

Agriculture is the only sector that reported a positive 3% growth. Farmers are already facing the heat with the introduction of 3 new farm bills. These, in their present form, remove the assurance of remunerative “MSP” pricing and assured buyback through large scale corporatization. This American style “reforms” may threaten the survival of small farmers, enslaving them to lifetimes of bonded labor.

They may also threaten the nation’s food security by creating monopsonies. These are existential threats for the farmers. Not surprisingly, they have taken to the streets in large numbers.

How much attention can they give to pursuing safe methods of disposing of crop residues?

Meanwhile, two students have moved the Supreme Court to effect a total ban on crop residue burning. Their petition cites the lethal harm that this added pollution can do to the lungs in the times of a Covid-19 pandemic.

We have on one hand, the farmers desperately trying to make a living during a harsh lockdown and catering to the nation’s food security at a time when the national unemployment is at its highest since independence.

On the other hand, for many citizens, they will face the double whammy of a lurking Coronavirus that ravages the lung and increased airway pollution that will make it easier for the virus to do its deadly job. The Supreme Court has its hands full on this one!

If 4 capsules of Pusa decomposer at Rs 20 can decompose the stubble without the need for burning and improve the fertility of the soil – this may just be the winner to solve the dilemma.

The authorities should waste no time in field trials, procurement and implementation. A Supreme Court mandate should do the trick.