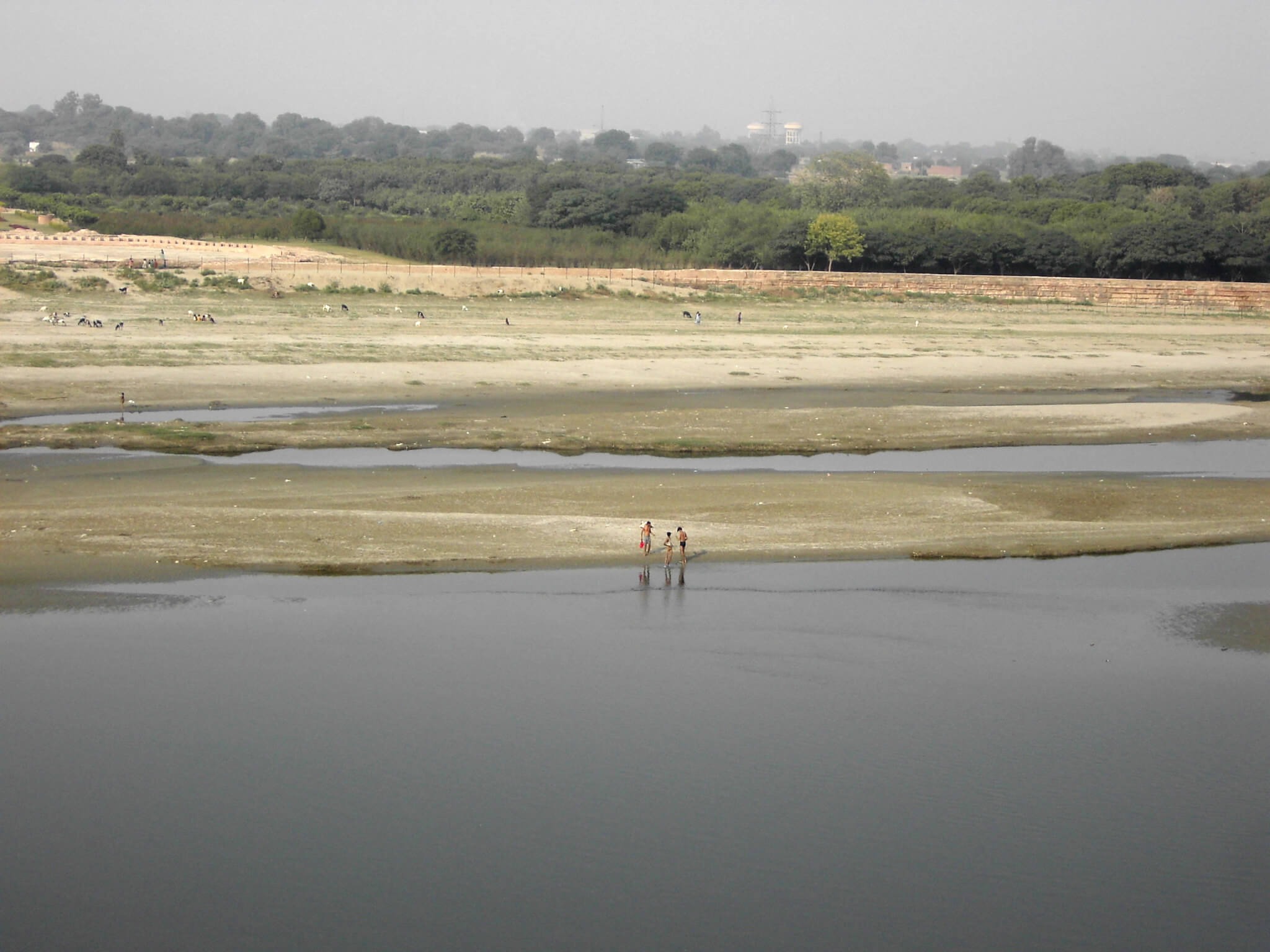 We humans have always been ignorant about the possible jeopardy that environmental degradation brings with itself. We aren’t considerate enough about the fact that every plastic bag that reaches the river joins to retaliate as a calamity.

“Although the spectre of ‘Maily Yamuna’ was a phenomenon which was well understood by all citizens of Delhi, there was no ownership or involvement in revitalizing the river”,  mentions the river Yamuna Monitoring Committee (YMC) Report on the limited public participation for rejuvenation of Yamuna.

We humans have always been ignorant about the possible jeopardy that environmental degradation brings with itself. We aren’t considerate enough about the fact that every plastic bag that reaches the river joins to retaliate as a calamity. Though our national capital enjoys some of the most intellectually active brains, what its public doesn’t comprehend is the agony following the river contamination.

River Yamuna doesn’t only bring potable water but also plays a pivotal role in regulating the level of Delhi’s groundwater table. “Yamuna is Delhi’s lifeline in ways more than one. Despite the pollution, during monsoon it recharges Delhi’s aquifers on an annual basis”, says Mr Manoj Misra, the founder of Yamuna Jiye Mission.

A large proportion of flood-plains in the river drainage system which is responsible for replenishing the groundwater in the city has either been encroached by people or utilised for infrastructural development. As per the India Water Portal report, during monsoon, the encroached wetlands and aquifers near the river and storm-water drains do not receive enough water to refill the water-table hence hindering the resource abundance.

The Niti Ayog report of 2019 predicted that due to uncontrolled groundwater consumption and reduced replenishment, New Delhi could possibly run out of groundwater by the end of 2020. This alert poses a serious threat to a large population especially those living in informal settlements lacking access to freshwater pipelines and therefore are solely dependent on groundwater.

The flow of Contaminants in the Ground

Not only is the groundwater resource scarce in the NCR, but it is also rapidly becoming unfit for human consumption. One of the primary reasons for the same is that citizens here have become accustomed to dumping solid waste and industrial effluents in the river bed and the drains.

The studies of the Central Ground Water Board (CGWB) state that the groundwater samples taken from observation wells in the national capital have been found contaminated because of their filthy catchments and unadministered slurry discharge.

The contaminated water from the drainage system which is hazardous for the human body percolates the groundwater hence deteriorating its quality. For instance, the same report states, “the nitrate pollution in the groundwater is mostly anthropogenic and may be due to improper disposal of sewage and unhygienic conditions around the well and its catchment.”

Due to the consumption of nutrient-rich water which is passed into the ground by the drainage system in the city, the water table in various regions of Delhi contains high concentrations of heavy metals like iron, zinc, lead, nickel, copper, and manganese. The international report submitted by Lancet Commission on Pollution and Health declares that more than 40% of the city’s population is found to have an accumulation of such cancer-causing metals indicating the noxious water to be a major source.

The deteriorated condition of water-bodies is one of the primary reasons due to which the stress for clean water hasn’t been alleviated in the country. According to the Central Bureau of Health Intelligence (CBHI) report 2018, out of the 36,000 people who are diagnosed daily with waterborne diseases in India, approximately 7 die due to critically affected health.

“There is a strong link between the health of the people and the health of the river”, rightly puts Mr Misra. Evidently, the increased rod-shaped coliform bacteria colonies in the river system have stimulated the increase in the levels of waterborne diseases in the national capital. In the presence of rotting debris, the river provides culture media to bacteria like E coli, Salmonella typhi and Klebsiella pneumonia hence making Delhi prone to diseases like diarrhoea, typhoid, cholera, dysentery etc.

As high as 5 lakh cases for diarrhoea and 1 lakh cases of typhoid are reported in the capital city each year with consistent exacerbation. With the contaminated water percolating the ground for consumption by informal households one can not foresee complete remediation.

Various conducted studies suggest that due to the discharge of heavy metals, chemicals, and pharmaceutical wastes like drugs and hormones, various bacterial colonies have gained antibiotic resistance to medicines curing various diseases. Evolutionary mutations like these can pose barriers in future to treat various diseases accurately.

As per Dr Agrawal of AIIMS Delhi, an inadequate response towards Chloramphenicol, a common antibiotic for the treatment of typhoid is seen in multiple patients. With resistance towards commonly used drugs, doctors have to switch to an alternative drug which causes a delay in the treatment.

The contaminated river system latently creates hazards that can’t be noticed directly. The swampy debris in the floodplains of the river system creates breeding grounds for various insects like mosquitoes and common flies during monsoon. Furthermore, the high concentration of chemicals in the river increases toxicity in the soil.

The CPCB report on the toxicity of soil measured nutrient levels of vegetable samples like zucchini, okra, chilly, brinjal, spinach etc. grown in Delhi and concluded that the toxic concentrations were measured due to excessive use of fertilizers and the industrial effluent discharge into ground. Many nutrients in such vegetables were reported to be xenobiotics that don’t metabolise and hence accumulate inside our bodies posing risks to our health.

Furthermore, affected River Yamuna lacking the E-flow is expected to have a substantial role in altering Delhi’s climate.“The Yamuna floodplains help Delhi moderate its thermal extremes including high as well as a low temp in summer & winter months”, explains Mr Misra the impact of Yamuna in regulating the climate of the city.

Need for addressing the calamity

Although the effects of the Trickling Stream of the Yamuna on humans are downright avoided due to the limited visibility of the issue amongst the common public, we must take into consideration that the most brutal calamities occur due to mass negligence.

River Yamuna doesn’t only bring potable water to the city but is deeply immersed in the natural, mythological, and communal beliefs of the people hence forming the most vital string of Delhi’s ecosystem.

Damage to the river on such noxious levels can cause great distress in the associated people. Therefore, it is the duty of the administration and public to prevent the looming adversities that can inevitably impact the whole environment of New Delhi.