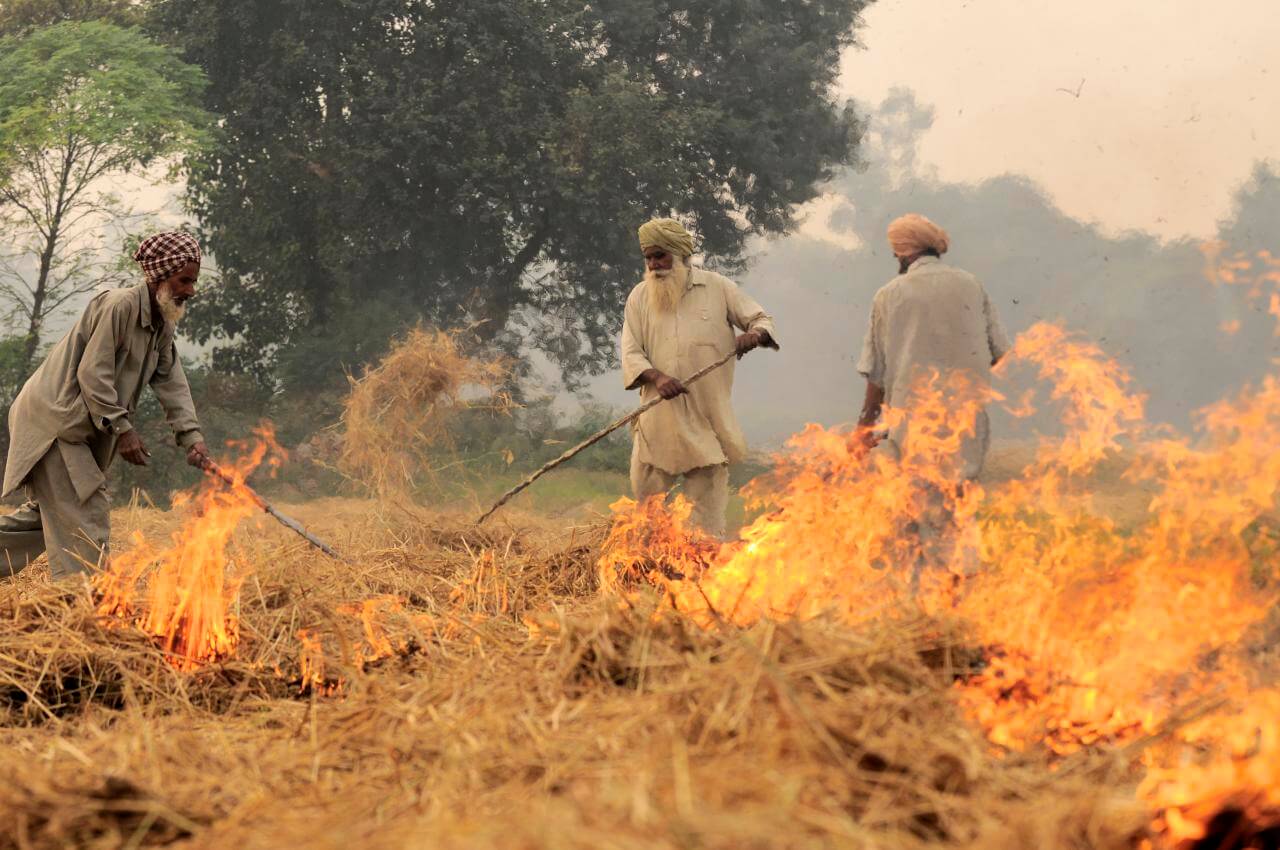 Plea seeks end to stubble burning in Punjab, Haryana; Delhi HC asks Centre to respond
The Delhi High Court has sought the Centre's response on a plea seeking immediate steps to prevent stubble burning in the neighboring states of Punjab and Haryana on the grounds it would aggravate COVID-19 related problems.

The Delhi High Court has sought the Centre's response on a plea seeking immediate steps to prevent stubble burning in the neighbouring states of Punjab and Haryana on the grounds it would aggravate COVID-19 related problems.

A bench of Chief Justice D N Patel and Justice Prateek Jalan issued notice to the Centre on an application that contended that stubble burning would increase air pollution drastically in the national capital and could further aggravate health problems in view of the coronavirus pandemic.

Delhi experiences some worst ever pollution from October since many years. Last yar, authorities called a public health emergency as parts of the city were blanketed in thick, toxic smog. Despite a variety of causes, from traffic to construction, many regard crop residue or straw burning in nearby agricultural regions as the main culprit. Despite a High Court ban, thousands of fires continue to burn.

In his plea, advocate Sudhir Mishra, urged the court that the central government should be directed to coordinate a meeting between the chief secretaries of Delhi, Punjab, Haryana and Uttar Pradesh to address the issue.

The court listed the matter for hearing on October 22 and asked the central government to find out if any similar matter was pending before the Supreme Court.

The application was filed by Mishra in his main PIL moved in 2015 seeking directions to the Centre to take immediate steps to control increasing air pollution in the national capital.

He claimed there is a direct connection between the increase in air pollution and the rise in Covid-19 cases in Delhi.