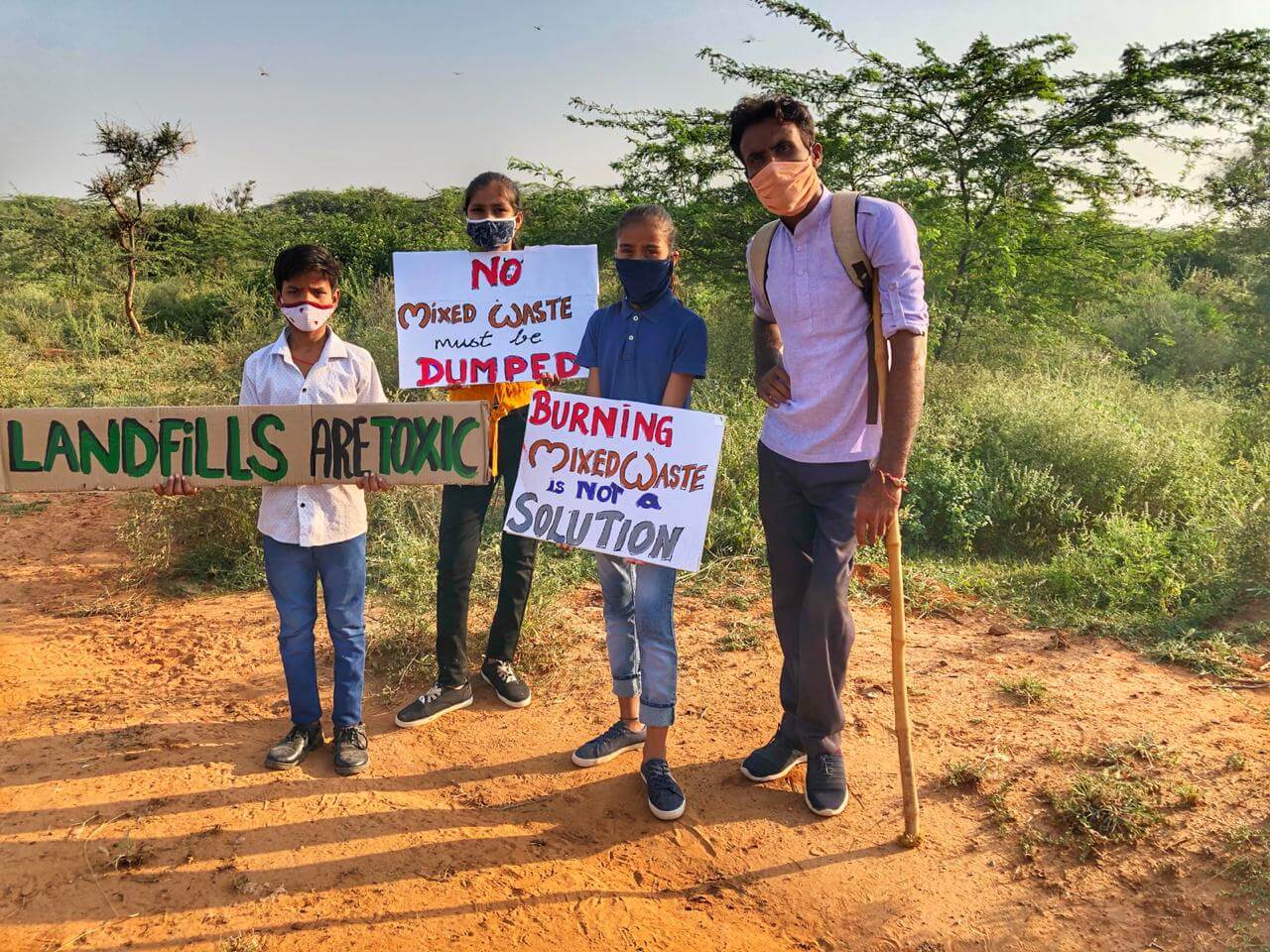 Aravallis are one of the oldest fold mountains in the world. The people of the National Capital Region have the honor of being surrounded by the lush forest that grants them protection from pollution, desertification and offers them water security by recharging ground-water.

The Bandhwari landfill is an illegal encroachment on 30 plus acres of Aravalli land in the middle of the eco-sensitive Aravalli forest. This dump yard now receives 2000 tonnes of unsegregated waste from Gurgaon and Faridabad every day. The leachate spill from the pile of 30 lakh tons of waste is contaminating the groundwater and putting wildlife and nearby human-settlements in serious danger.

The biodiversity in this region is particularly vulnerable as the stretch of Aravalli gurugram Forest between Bandhwari and Damdama acts as a wildlife corridor between Asola Bhatti Sanctuary in Delhi and Sariska in Rajasthan. The government's solution to the garbage problem is all set to compound it further. A proposal to set up a Waste-To-Energy Plant next to the landfill has been approved. The WTE will not only deplete the already dwindling forest but also intensify air and water pollution in the region.

As part of the GLOBAL CLIMATE STRIKE on 25th of September 2020, a group of young urban and rural citizens of Gurugram participated in a silent protest against the proposed WTE plant. Aged from 7 years to 22 years, the youngsters visited the Bandhwari landfill site to voice their concerns regarding this regressive plan.

Calling it a "Waste of Energy" instead of "Waste To Energy", the children said that since Bandhwari and all other landfills across the country receive unsegregated waste, it is of very low calorific value which renders it almost useless to be converted into energy. This is the reason why WTE model has consistently failed in our country. They also spoke about the noise, air and water pollution that would be caused by the plant and consequent dangers it would pose to humans as well as wildlife.

"The Environmental Clearance for the WTE plant was obtained on the basis of a faulty Environmental Impact Assessment Report submitted by the Municipal Corporation of Gurugram to the Ministry of Environment. In the report, the mention of an ongoing litigation was conveniently omitted. No mention was made of groundwater contamination or of a 2017 report by Central Pollution Control Board (CPCB) confirming the presence of pollutants such as manganese, boron, chloride and nitrate. In the absence of canal water, the people of Bandhwari continue to depend on groundwater for drinking, cooking and washing. In light of all this information, it is very clear that the MoEFCC was not given the real picture and hence the Environmental Clearance granted for the WTE plant be cancelled." demanded 16 year old Anushka.

Already reeling under the threat of a pandemic which has been proven to be related to loss of forest cover and biodiversity, the children urged the government to scrap the WTE Plant proposal and also asked for the removal of the massive landfill from the forest and restoration of the green cover.

“The landfill site being so close to Mangar Bani, which is the last remaining patch of Aravalli Native Forest, and being situated in the middle of a wildlife corridor poses a grave threat to the wildlife. Confirmed presence of Leopards, Hyenas, Jackals, Palm Civets, Porcupines makes it imperative to protect this stretch of land by removing the landfill." reiterated Ayana Chaudhary, a 13 year old Gurugram school student.

“We demand strict enforcement of Solid Waste Management Rules by the Municipal Corporations of Gurugram and Faridabad and replication of the Indore Model to tackle the existing legacy waste. Segregation at source and decentralized composting would prevent 80% of the waste from reaching the landfill,” said Jai Nakra, a 17 year old.

Haryana, with a meager 3.62% forest cover and the tag of having 6 of the 20 most polluted cities in the world cannot afford to lose anymore forest land OR have another pollution causing unit.