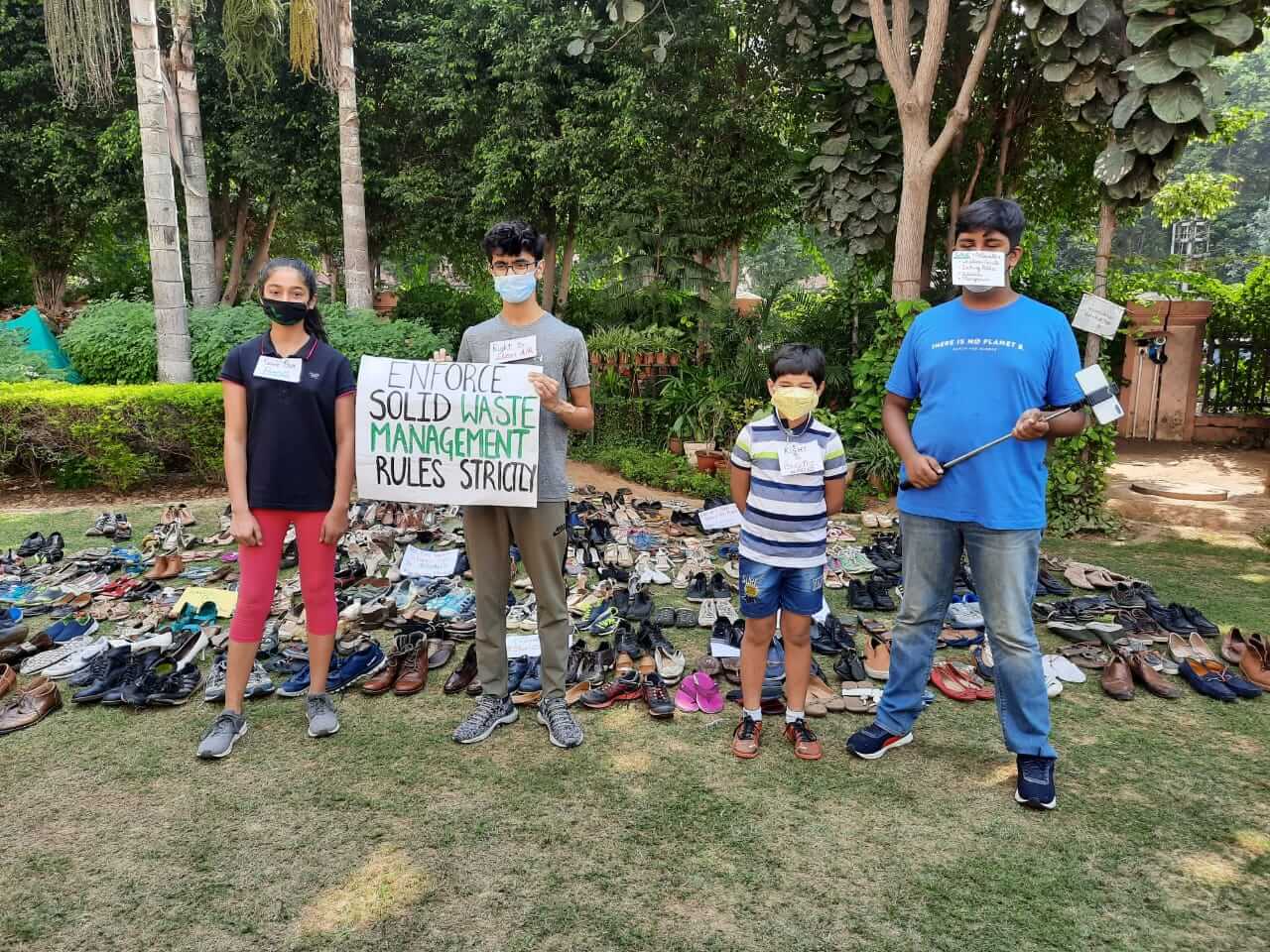 Climate Strikers across India join the #GlobalClimateStrike discussion
A zoom session was held on the day where different climate strikers digitally joined in and kept forward their demands. The session went on for more than two hours with more than 25 speakers.

On the day of the Global Climate Strike (September 25th 2020), thousands of young climate strikers in India and across the globe demanded urgent action to tackle the climate crisis.

#GlobalClimateStrike LIVE from over 150 cities. Listen to young people across India calling for urgent climate action.

#GlobalClimateStrike LIVE from over 150 cities. Listen to young people across India calling for urgent climate action.

A zoom session was held on the day where different climate strikers digitally joined in and kept forward their demands. The session went on for more than two hours with more than 25 speakers.

Ridhima Pandey, a young climate activist from Haridwar was the first speaker at the session. She said, "our main demand is to stop plastic waste that ultimately creates a lot of air pollution and also pollutes the river Ganga." She urged everyone to join in the strike with full precautions.

Another climate activist from Pune, Keya Kulkarni said, "I feel I'll die of suffocation or climate change. Even in Pune, there's so much of smoke. I feel angry and that's why I'm joining the strike today. " She talks about the need for cleaner energy.

Children participate in the Global Climate Strike from Gurugram as well. One of the students, Aditya Mukarji said, "Bandhwari in Gurugram has tons of plastic. We need to manage and stop it from polluting our surroundings. Our message is simple - there's no planet B and that's why we have collected over 300 shoes for strike here today. "

Bandhwari, one of the biggest landfills in north India is situated in an ecologically sensitive Aravalli forest region. Spread across 32 acres on the Faridabad-Gurugram road, the Bandhwari landfill receives almost 1,000 tonnes of untreated municipal waste at the site daily. Pollution from the Bandhwari landfill has triggered a public health crisis in surrounding villages.

Archisman from West Bengal joined the session and said, "Every Friday we conduct a rally to spread awareness about environment problems in our area like pollution from industries. We will continue doing this!"

A few children also took part in the strike from from Mayur Vihar near the Yamuna river and participated in the session to raise their voices.

"Everyone is impacted by climate change. It is very important to sensitise people on the issue. I am trying to do my bit, everyone should," said Desmia Haldane, a climate activist.

Talking about the solution, Manish Bhatt, a climate activist said, "Vehicular pollution is one of the major reason for climate change. Small changes like carpooling and using bicycles can help us in the long run."

As much as two thirds of deaths from air pollution in India can be attributed to exhaust emissions from diesel vehicles, which were responsible for nearly 385,000 deaths in 2015, a study by researchers from the International Council on Clean Transportation (ICCT), George Washington University, and the University of Colorado Boulder in the US found (2019).

This global strike also saw the first ever 'shoe strike'. The shoes represent those who are unable to protest due to covid restrictions and future generations, not yet born, who will be most impacted by the climate crisis.