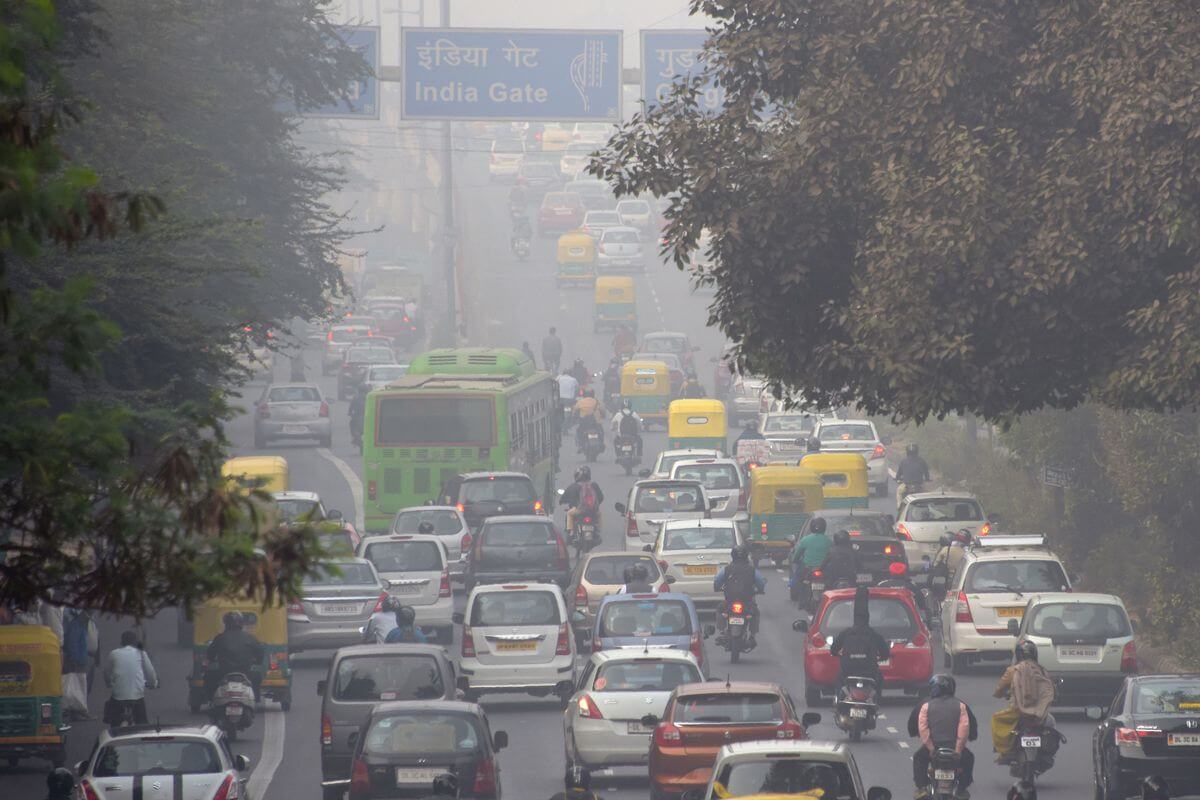 Once upon a time sky blue was a color. The air was clean, fresh, and pure and stars shone brightly in the night skies. However, as the civilization progressed soon the roads got choked with vehicles, and traffic jams became miles long.

With the start of ignition, noxious fumes emanating from millions of vehicles around the globe became a common phenomenon. Soon, the air became like a wall of dark insidious smog engulfing cities around the world. In India alone, in the last twenty years, there has been a giant leap in the number of vehicles on the road.

It's evident that one of the biggest contributors to air pollution is mainly vehicle emissions.

An AQI or Air quality index is a way to measure pollution in the air. Generally, a good AQI would be between 0-50, a moderate AQI between 51-100 and anything above that becomes hazardous for human health. New Delhi is one of the most polluted of any global capital at second number with an AQI at 161 according to the latest World Air Quality Report from IQAir.com with Indian cities ranking in the top six of the world’s 10 most-polluted cities. Ghaziabad is right at the top in the world's most polluted cities 2019(PM2.5).

According to a report in the World economic forum, air pollution is one of the major killers in India, it's also called a silent killer. According to researchers  more than 1 million people die of air pollution in the country every year.  As per WHO, an estimated 4.2 m lives are lost worldwide annually. Vehicular emissions contribute to the majority of the harmful impurities in the air which are released due to fossil fuels . 90 % of world's population is inhaling this deadly air worldwide.

According to a report in ucusca.org,  cars , trucks, buses, two-wheelers and three wheelers contribute nitrogen dioxide, carbon monoxide, hydrocarbons, and particulate matters in the air. These gases when released in the atmosphere result in lungs and respiratory diseases. Pregnant women, newborn children, and people with chronic illnesses are susceptible to the detrimental effects of air pollutants.

Apart from humans, these pollutants cause deadly damage to the animals as well. Many species of birds, insects, butterflies, included bees and smaller animals are facing extinction because of air pollution.  Volatile organic compounds present in these gases which are released by cars, trucks, and buses, and smaller motor vehicles include venomous air pollutants such as benzene, acetaldehyde, and 1,3-butadiene which are directly linked to various types of cancers.

These vehicles also emit greenhouse gases such as carbon dioxide which results in global warming leading to climate change, flooding, draughts, and rise in sea level. These gases can cause irreparable damage to the human body as well as hinder the mechanism of the economy and society of cities around the world. Carbon emanating from these vehicles also gets absorbed in the sea resulting in the extinction of many marine creatures, fishes as well as damaging the coral reefs.

Various Cities in India face poison-filled air every day because of the surplus vehicles running on the roads.

In November 2019, Delhi witnessed a week of poisonous choking haze. People complained of asthma, lung congestion, irritation in the eyes, breathlessness, and allergies. According to doctors breathing the air in New Delhi was equivalent to smoking 10 cigarettes a day.  Flights were delayed and canceled subsequently because pilots could not see through the thick smog that drowned the entire city. Thereafter people resorted to pollution masks and air purifiers in their homes. The government announced measures such as the odd-even scheme. The odd-even scheme was to reduce pollution levels by cutting the vehicle usage to half of the vehicle population on Delhi's roads.

But as a whole, the reduction in pollution continued to be a far-away game. Delhi cabinet also cleared a Delhi Electric Vehicle policy which aimed to make Delhi the Electric Vehicle capital of the world. The country has pledged to sell only electric cars by the year 2030.

Piyush Goyal, the minister for energy said that India will be offering subsidies for the manufacturing of electric vehicles. Under the National Electric Mobility Mission Plan India plans to launch faster, easier, and economic adoption as well as manufacturing of hybrid and electric vehicles. Electric cars, buses, trucks, and smaller vehicles lead to zero emissions from exhaust pipes of motor vehicles. These vehicles do not contribute to global warming and result in cleaner air. Solar, battery-operated, CNG and electric vehicles are solutions to the dwindling global supply of fossil fuels as well as they help avoid the pernicious side effects of gasoline.

Cities like New York rank approximately 96 on the Air Quality and the Pollution city ranking. One of the major reasons for this is an incredible public transport system. Despite being home to the world's elite and the richest the city is mostly accessed by its underground network of subways.

Manhattan is not new to people walking or cycling to work. Having a good , safe and clean public transport system creates a symbiosis of energy efficiency and results in lesser usage of passenger personal motor vehicles. Metros or local city trains in big metros across India are efficient and help millions of people commute to work however this system needs to incorporate more than basic service so that people across different strata as well as needs access public transport rather than take a vehicle.

Carpooling is also another successful, tried, and tested way to reduce vehicle pollution. Another important measure to prevent vehicular pollution is to have a city forest or create a centralized city tree park. This can create lungs for every city and help absorb harmful emissions.

The current scenario of the pandemic ridden world has shown a stark mirror to humanity where during lockdown when no vehicles were on the roads the Himalayas could be seen from as far as Saharanpur, a city miles away in the state of UP.

Many varied species of birds were spotted along with animals coming out in the pollution-free world. And as the world looked up above, the color of the skies was indeed sky blue. This vision can only be sustained with a persistent goal towards cleaner air and lesser reliance on fossil fuels as well as a dynamic amalgamation towards alternative energy-driven motor vehicles.