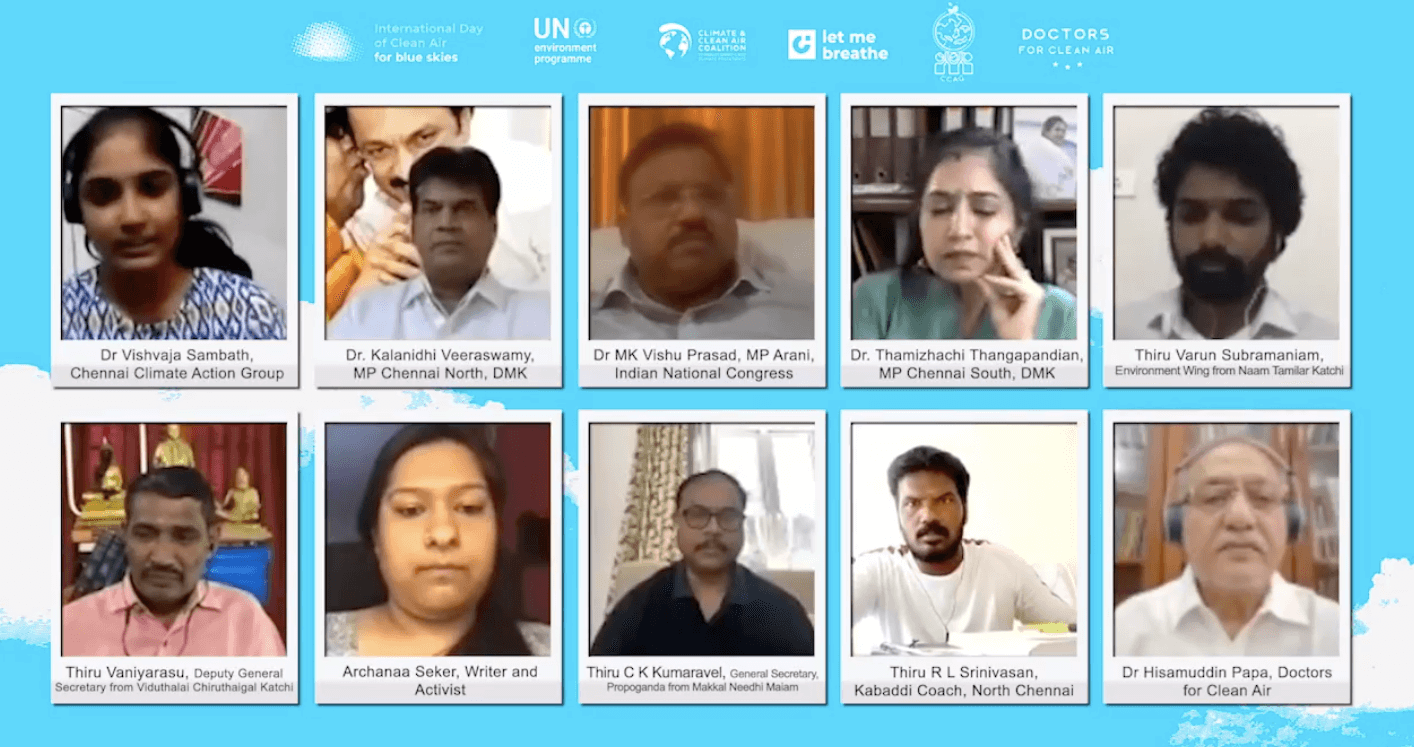 It focused on achieving clean air and better health for Chennai, ultimately aiming for a #CleanAirBharat.

Talking about the ill effects of air pollution on humans, Dr. Hisamuddin Papa said, "It is a known fact that air pollution harms every single organ of the body. No part of the human body is unaffected from pollutants in the air. Children, elderly and pregnant women are the most vulnerable."

He added that as far as the relation between air pollution and COVID vulnerability is concerned, the emerging research is indicating that people affected by air pollution are more vulnerable to risks and complexities of COVID-19.

Adding to the conservation about the ill effects of air pollution, Dr. Kalanidhi Veeraswamy said, "If you compare school attendance data, then you will find children in North Chennai missing schools because of ill health due to pollution. So pollution not only affects health it also affects the ability of children to learn."

She further said, "As an MP, we are working with GCC to plan the 650crore biomining of Kodungaiyur dump yard. Composting is also being introduced."

"Industries are important for the economy, but they must be held accountable for the environment and people’s health. We must ensure they are monitored & are not polluting an entire area," said Dr. MK Vishnu Prasad.

Awareness about air pollution is a must for solutions. Doctors have a role to make patients and communities aware of the ill effects of air pollution, highlighted Dr. R Natraj.

He suggests that staggered school timing will be helpful in protecting children from high air pollution.

"Air pollution should be deemed as a health issue rather than an environmental issue," said Dr. Thamizhachi Thangapandian.

She further said, "Air Pollution Act is silent on the health aspect of air pollution. The legal framework has to be strengthened to include health within its ambit."