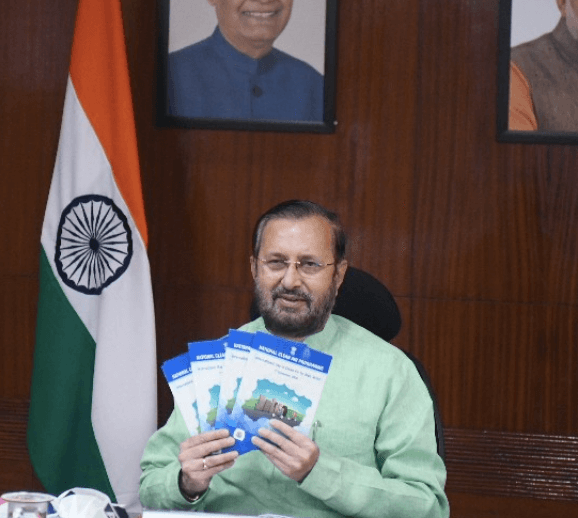 The Union Environment Minister Prakash Javadekar on September 7, 2020, chaired a webinar on the first-ever International Day of Clean Air for Blue Skies.

The webinar was joined by Principal Secretaries of the Urban Development Departments and Environment Departments of 28 states and 8 Union Territories. Commissioners of 122 cities as identified in NCAP programme also participated in the webinar.

During the webinar, the Union Minister also reviewed the progress of activities under the National Clean Air Programme (NCAP) which was launched in 2019.

Speaking on the occasion, Mr. Javadekar said, the government is committed to reducing Air pollution levels in 122 most polluted cities.

"Acceptance of a problem is the beginning of the solution. In 2014, we launched AQI monitoring. Now with pan India clean air programme, I am sure we will be able to achieve the goal set by PM Narendra Modi Ji of Holistic improvement in Air Quality in 100 cities," he tweeted.

The Minister said Government has taken several initiatives during the last few years to reduce pollution in the country.

Launch of the National Clean Air Programme, NACP and National Air Quality Index, NAQI, use of BS-VI fuel, enhancing emission standards for industries, construction of roads for decongestion of traffic, special emphasis to e-vehicles are some of the initiatives.

In January last year, the Environment Ministry had launched National Clean Air Programme NCAP to tackle the problem of air pollution in a comprehensive manner with a target to achieve 20 to 30 percent reduction in PM 10 and PM 2.5 concentrations by 2024 keeping 2017 as the base year.

He thanked Mr Modi for bringing the issue in his Independence Day Speech and putting across the goal of Holistic improvement in Air Quality in 100 cities. Mr Javadekar said, Prime Minister himself is determined to bring this change

The General Assembly of the UN on December 19, 2019 adopted a resolution to observe the International Day of Clean Air for Blue Skies on September 7 every year starting from 2020.