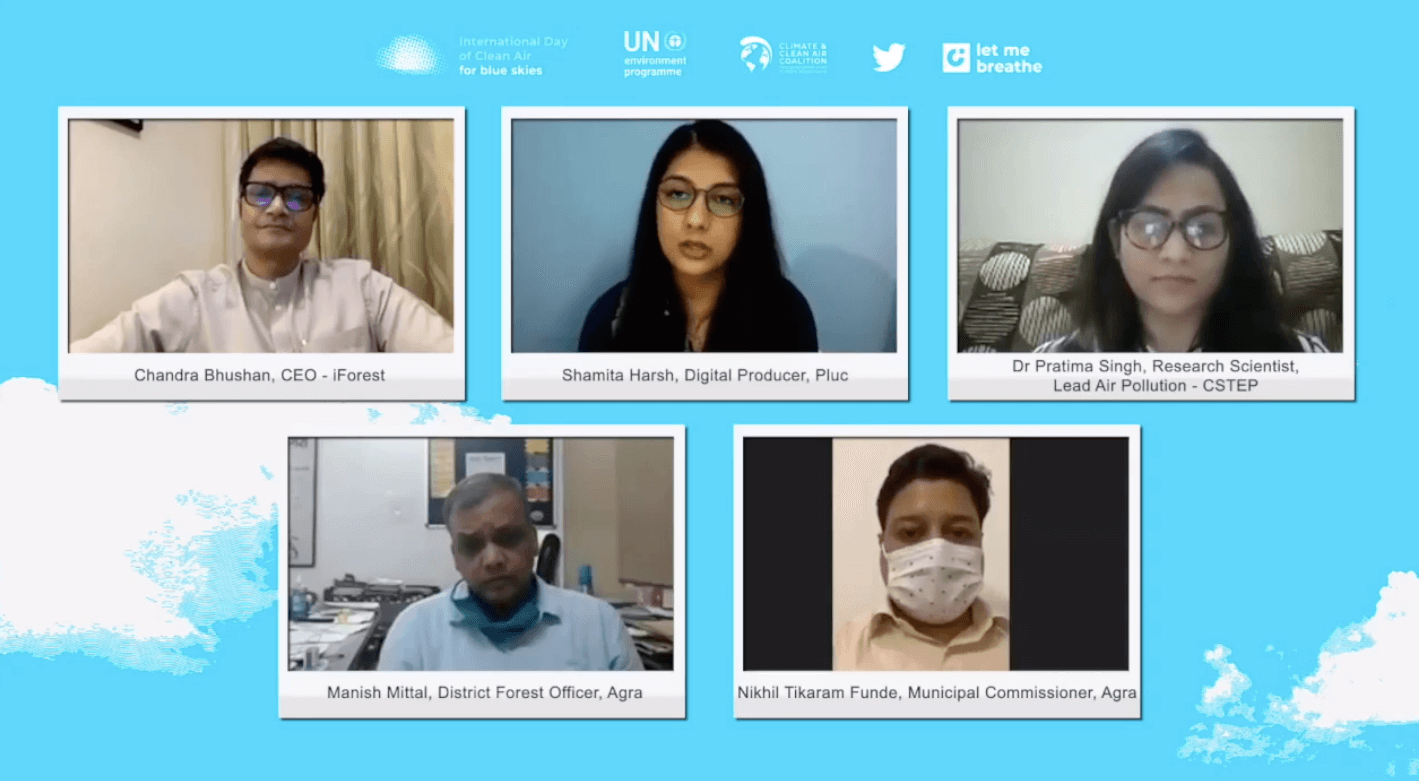 Chapter 8: City Session Agra
City Sessions is a collaboration of a live show between Twitter India and Let Me breathe, where decision makers, experts and citizens come together to find short term and long term solutions to city level climate change, air pollution and other environment issues collectively.

Let Me Breathe hosted its eighth city session with Twitter India on September 7, 2020 on the first-ever 'International Day of Clean Air for Blue Skies' with the aim of finding collective clean air solutions in Agra.

Previously held in Gurugram, Chennai, Nagpur, Mumbai, Varanasi, Gangtok, and New Delhi, the City Sessions are aimed at building a talking space between decision-makers, citizens and young people that are focused on climate change in their city.

Talking about the District Environment Committee, Manish Mittal, DFO Agra said, "The government of Uttar Pradesh has created a 4 tier monitoring system, where monitoring takes place at a district level through specific committees."

While Dr. Pratima Singh spoke about how transportation and cooking are two sources that need to be re-looked at urgently to control air pollution in Agra.

According to Bhushan Chandra, there's going to be a demand for cleaner fuels from people from economically weaker backgrounds as well. "The technology is evolving to use electricity as a source for cooking," he said.

Dr. Pratima Singh also focused on the need for granular monitoring and measurement to develop target-specific and regional strategies for reducing air pollution.

Talking about solutions, Dr. Pratima Singh said, "The data we collect needs to be communicated to various city and state specific departments to ensure that actions are taken on it."

Nikhil Funde said, "We are ready to set up 20 air quality monitoring systems across the city under our smart city initiative."

Bhushan Chandra also focused on the importance of segregation of waste.

City Sessions are an effort to mainstream the city-specific conversation on the environment. If you want a city session in your state/city, reach out to us.