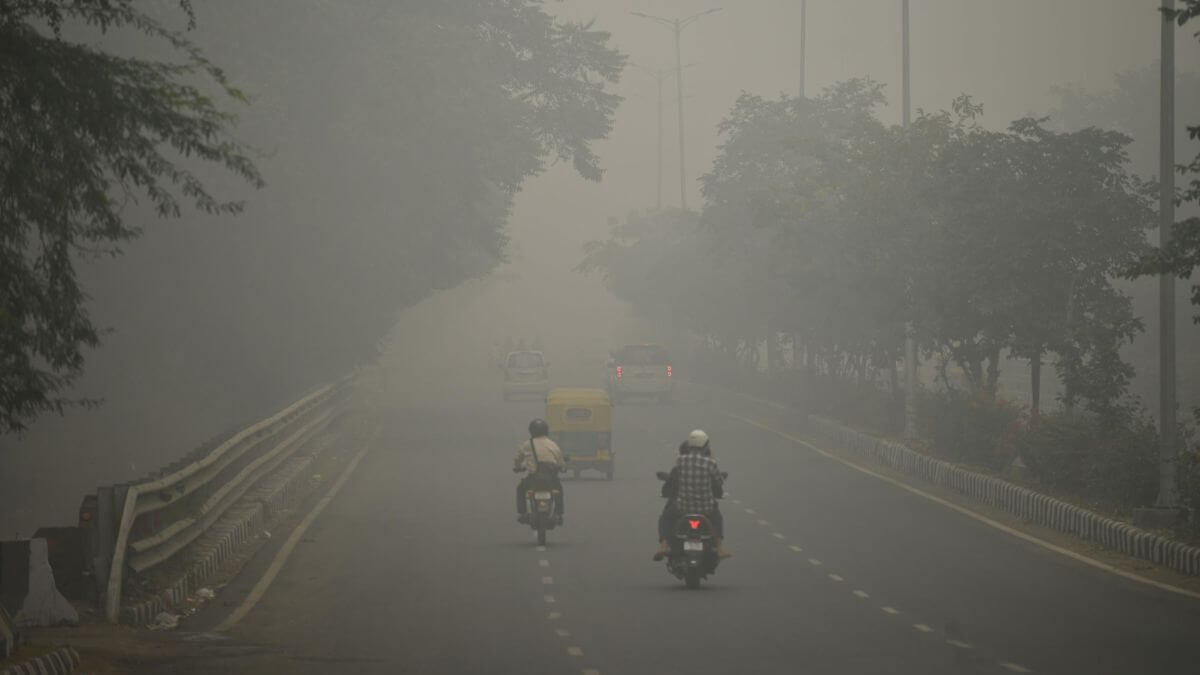 A Lawyer’s Guide to Air Pollution Prevention
Over the years air pollution has emerged to characterize itself as a classic issue of corporate arrogance and capitalist domination. This article is an attempt to explore how sufficiently the Indian legal framework has dealt with the issue through an analysis of statutes, cases and articles.

The climate crisis is here and with it, it has brought the destruction of livelihoods of the poor, the marginalized, and the indigenous. There are various indices to witness the climate catastrophe unfold and one of the starkest is the quality of air around us.

It was only after the decades-long global onslaught of unfettered capitalism (and the unbridled concretization that followed) was stunted because of the COVID-pandemic crisis, that we finally witnessed a drop in the net emissions rate coupled with a massive improvement in the air quality across the world.

However, over the years air pollution has emerged to characterize itself as a classic issue of corporate arrogance and capitalist domination.

This article is an attempt to explore how sufficiently the Indian legal framework has dealt with the issue through an analysis of statutes, cases and articles.

The Air (Prevention and Control of Pollution) Act of 1981 was enacted under Article 253 of the Constitution to implement decisions taken at the Stockholm Conference in 1972. The executive functions under the Act were delegated to the State Pollution Control Boards. The Act has several important features such as it empowers the states to declare certain areas as “air pollution control areas” and no pollution under these areas can be exempted by either the Central or State boards.

Secondly, all individual operators are required by law to obtain consent orders from the state board and the boards are empowered to issue directions to companies, which if ignored, can result in even closure of the polluting industries in question. The state boards have to carefully examine all the relevant facts while assessing a consent application including the efforts to curb pollution. Even citizens are empowered to gain compliance from companies.

In the Mathew Lukose case where residents of Chingavanam, Kerala, united to fight against the Travancore Electro Chemical Industries as the company had caused enormous amounts of atmospheric pollution which resulted in various health ailments. The Kerala High Court held that under Article 21 of the Constitution the right to a healthy environment was intrinsically intertwined. There was also a pleasant early reference to intergenerational equity in the judgment.

In another case, similar resident advocacy campaigns led to better directions regarding the proper management of a solid waste disposal site. However various contrary judgments where the Courts have sided with the corporate interests are worrisome. These include Gopi Nath Pvt. Ltd. case where the Delhi High Court gave a restrictive interpretation to the powers under section 31A and held that “closure” did not imply discontinuance of objectionable activity or sealing of the unit.

Moreover, various commentators have pointed out the administrative rusticity of pollution control boards, most commonly blaming – lack of funding, crippling staff shortages, corruption and lack of independence. The landmark MC Mehta v. Union of India, more commonly known as the Taj Trapezium Case produced some of the most important jurisprudential principles of Indian environmental law.

The case dealt with corrosion of Taj Mahal’s iconic white marble due to the air pollution caused by industries such as the nearby Mathura Refinery. The judgment vigorously applied the ‘precautionary principle’ and hence placed the burden on the industry to prove that operating with the aid of coal was environmentally benign. The Supreme Court in the case went above and beyond to ensure that the beauty of Taj was restored, it supervised the installation of pollution abatement equipment, relocated various industries, created a labour compensation and enhancement scheme, developed a green belt around the monument to divert traffic away among other things. The key feature being compulsory introduction of natural gas in nearby industries.

Moreover, quite recently the National Green Tribunal set a remarkable example with its verdict against Jindal Power and Coal India. The judgment was a rare success story of the “polluter pays” principle and what was even more remarkable that the liability fixed was based on the damages committed and who committed them, earlier these were done on an ad-hoc basis. Jindal Power was found guilty on various counts, a primary cause being – the rampant destruction of the ecological conditions through excessive air pollution arising from mining activities.

In conclusion, there are mechanisms enshrined in our legal framework to hold institutions accountable for crimes like air pollution. Even normal, everyday citizens have rights (like the right to a clean environment) which they ought to recognize. Furthermore, it is also important to recognize the possible autonomy of law and the regular wielding of this sword of justice through an active citizenry is even more essential.